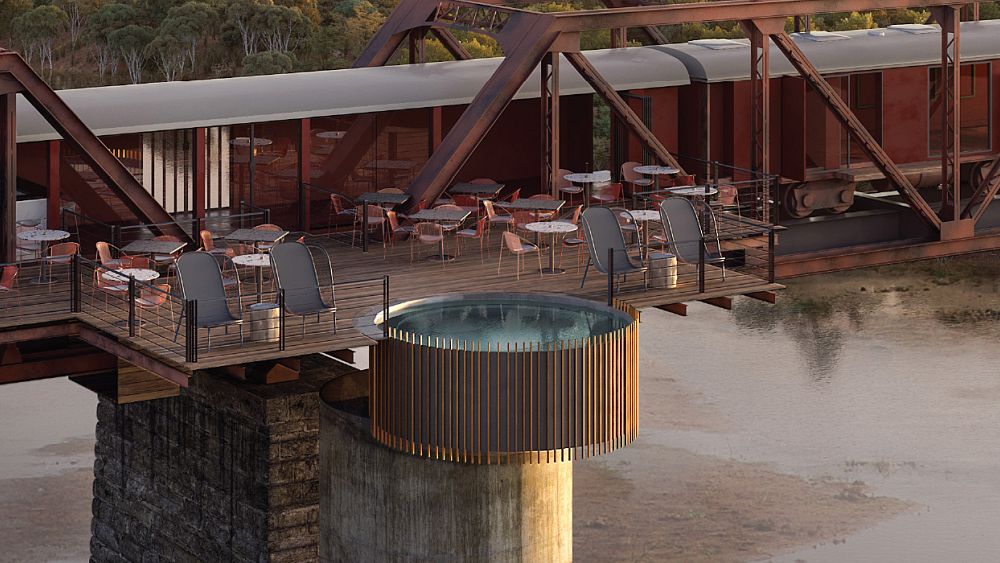 Would you like to stay on this vintage train suspended over a river in South Africa?

Suspended over a river teeming with wildlife, a 100-year-old train has been transformed into a luxury hotel in South Africa. Travelers can now spend the night in the iconic Kruger National Park, staying in a refurbished vehicle and immersing themselves in nature.

Imagine watching a baby hippo roam its natural habitat right from your bedroom. It was just one experience that had wildlife lovers flocking to the recently opened Kruger Shalati: The Train on the Bridge hotel in South Africa.

Despite travel restrictions, the hotel on the train managed to open amid the pandemic.

In 2020, when South Africa entered a strict COVID-19 lockdown, a local business insisted on opening the hotel – and two years later, that gamble is paying off.

The hotel turned out to be an unexpected hit during the lockdown. It is literally a century-old train sitting on the Selati Suspension Bridge, which overlooks the Sabie River inhabited by crocodiles and hippos.

Lovingly restored, it offers 24 full carriage rooms in a spectacular natural setting, a wildlife viewing deck and even a swimming pool that juts out beyond the slopes.

The renovated train is a nod to the past. Before the last train ran along the Selati railway line in 1973, trains would often stop at the bridge and guests would stay for a game drive and a night out viewing the animals.

“I thought we were taking a very big risk. I never thought we would be operating and having guests during this time,” cabin manager Judge Muchinya said. But the hotel proved an instant hit.

“Since we opened, we’ve had a lot of extended guests or returning guests and that doesn’t normally happen with lodges,” says Muchinya.

Kruger Shalati has also been a lifeline for locals looking for work amid record unemployment of nearly 35%. Since its launch, the hotel has employed nearly 200 people.

The company has lost 20% of its revenue since the Omicron variant emerged late last year, with many international tourists cancelled. But with travel restrictions now relaxedattendance is on the rise again.

Watch the video above to learn more about the hotel.

Late-winter storm expected to sweep the United States through Saturday