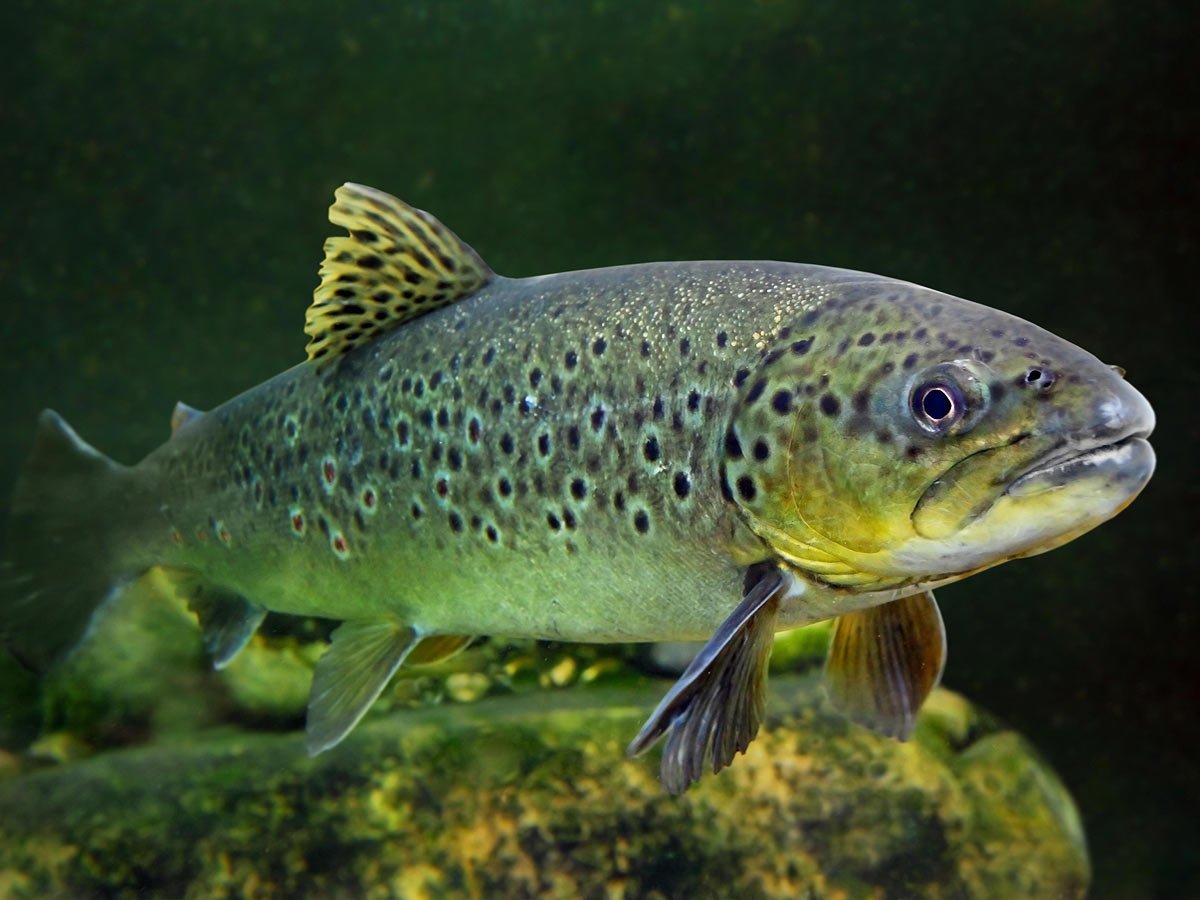 Trout behavior is affected by all-natural elements or events surrounding each fish. These events change all the time, requiring appropriate responses from the trout to survive. Water is a very sensitive medium, relaying smell, temperature, barometric pressure, vibration and sound (three times faster) faster and more efficiently than air. Trout also responds quickly to these messages. Here’s a look at some of the secrets of water temperature and trout behavior.

The optimum water temperature for trout is 14 degrees Celsius with a comfort range of 10 degrees to 18 degrees. Below 10 degrees, the trout’s metabolism slows down, making the fish sluggish or numb. Above 20 degrees, lower dissolved oxygen levels slow trout activity. Above 23 degrees trout become stressed, while at temperatures around 25 degrees they may die.

A few years ago I started keeping accurate records of water and air temperatures, locations and behavior of trout. Most of these 900 fly fishing days were recorded in the Nelson, Marlborough and West Coast areas, but all other areas of the South Island were included.

I’m sure the information collected will be similar across New Zealand. Here is a brief summary:

Trout hold more in the eye of pits, drop-offs, halfway lies and near banks. Insect feeding and behavior increase. The fish fight better and begin to use the shallow waters.

Trout feed well in the shallows and on the surface. Insects are active with the hatching of mayflies and caddisflies. The fish fight aggressively.

Trout hold in faster runs and halfway lies. Insect feeding and activity occurs more at night, in the morning, or during fresh egg laying. Rainbows are deeper, with browns being more active. Once a fish is hooked, the fight ends quickly.

Many trout spotted in the shallows during the day are inactive. There is less surface feeding.

Trout hold up in deep, heavy water. Insect feeding and activity slow down during the day. Prime fish eat small fish at night. Old or small fish are running or along the edges. The lake trout are deep or navigate on the drop-offs.

Seaweed grows in the shallows. The fish migrate to cooler places such as headwaters, river mouths and springs, and downstream to deeper areas of lakes. Browns are more active than rainbows. Catching and releasing fish quickly is essential to their survival.

On average, water temperatures are higher from January to early March, but weather conditions can change things quickly. Here are some examples :

Early in the season, warm weather can increase water temperatures in rain-fed streams, but it can also melt snow to cool large rivers and lakes. Sudden rain after a long period of heat can flood rivers with rain and dirty water, pushing trout deep.

Clear, cold nights cool the water quickly. Water temperature is undoubtedly a major factor in trout behavior. Understanding this will help the angler locate fish and select the most productive fishing method to catch them.

Gathering a basic knowledge of water temperature changes in your local waters is easy and can lead to the discovery of some interesting trout secrets. Naturally, to do this, it becomes necessary to understand how to use your thermometer.

In a river, always take the temperature of water up to your knees and moderately moving. I attach my thermometer to the end of my rod, my boots or my landing net. Give it several minutes before saving. In lakes, use your cane holding the thermometer in the water up to your waist. This method will give you good averages of recordings in waters where fly fishing is mainly practiced.

I used to believe that the effects of barometric pressure on trout behavior were old fisherman’s tales. But my own experiences and records tell me differently.

I don’t know if barometric pressure directly affects trout or other aspects of the food chain environment first. But the most common reactions seen in trout to a falling barometer include reduced feeding activity and fish that are more easily disturbed and harder to approach.

Sometimes the trout seem to sleep, only moving when they are pricked by a rod tip.

When pressure is low for a period of time, trout activity remains slow, but occasionally trout feed actively, albeit briefly.

Many unproductive fishing days have been spared a sudden five-minute feeding frenzy triggered by what, I don’t know, but such opportunities are welcome.

Have you ever seen a trout suddenly jump out of the water for no apparent reason? The elders told me it was a sign that it was raining. It’s hard to believe when the sky is cloudless, but it’s true. I have witnessed this many times and usually the pressure drops and a front comes shortly after.

The low pressure encourages trout to move upstream or congregate at the mouths of rivers – sea or lake – waiting for a cool one.

An increase in barometric pressure heralds improved weather and rivers, resulting in active and confident trout. They remain active until the pressure drops or other influences such as temperature change the behavior of the trout.