EDITOR’S NOTE: This is the 18th story in the collection of stories compiled by the members of the Eveleth High School class of 1972 about the military service of their fathers and the service of their mothers on the Home Front. This week’s edition features the rest of a story about Walter Iver Sundstrom told by classmates of his son, Leon Charles Sundstrom. Readers are encouraged to submit stories about their military service or that of loved ones. —Jill Pepelnjak, Editor-in-Chief

The squadron assisted in the Tunisian campaign until all Axis forces in North Africa surrendered on May 13, 1943. Walter Sundstrom fought in Tunisia, Sicily, the island of Sardinia and in Italy. The map insert shows the May 14, 1943 take-off exits from Bizerte, Tunisia. B-17 Flying Fortresses headed for mainland Italy, while Walter’s B-25s and other 379th B-25s headed for their low-flying dive bombing mission to sink military ships. enemies moored at the port of Olbia, Sardinia. It was a typical mission.

A mission to Sardinia on June 1, 1943 had added excitement. “Sundstrom In Air Thriller: Walter I. Sundstrom, radio machine gunner sergeant on a B-25 Mitchell bomber, and son of Mr. and Mrs. John Sundstrom of that city, had an exciting experience in the Mediterranean on June 2 [sic]. He was part of the crew of a plane that was shot down by enemy fighters but continued to fly 325 miles of high seas, with one engine inoperative and a wing on fire before crashing into the sea ​​near the allied coast of North Africa. The plane was about 10,000 feet from its target, when enemy planes passed through their own heavy flak, to blow up the bomber before it dropped its bombs. With the opposition, the Americans were very lucky to survive. They landed their burning plane in the sea after reaching a point not far from their own base, got out of the ship, inflated their raft and quickly moved away. They were picked up by an Arab fishing boat which took them to the home of an Arab leader. Here they were treated for their cuts and bruises. (Source: Eveleth News-Clarion, p. June 1, 10, 1943.) 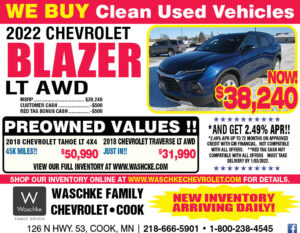 On this June 1 flight, the flight surgeon, Major John L. Cogland, of Burke, New York, was an observer to study the response of crews to combat. He was quoted after the rescue about the enemy fire: “It sounded like the sound of hail. I stood there speechless when I saw the bullets rip through the engine and the left wing. Then a dozen bullets smashed the co-pilot’s window and one went through his parachute. When the radio gunner (Walter) announced that the fire had reached the wingspan of the main wing, Lt. (Charles W) Smith decided that we had to land at sea.Source: Baltimore Sun, p. June 2, 6, 1943.)

Cogland and other surgeons in the unit were tasked with motivating reluctant pilots to return to their planes after losing many squadron members on previous missions. To add credibility to this role, the unit commander required that a surgeon fly into the air as an observer with the crew every five missions.

The other crew members on this flight were First Officer Lieutenant Albert B. Farry, of Bradley Beach, New Jersey; the bomber, Lt. Benedict J. O’Meara, of DeWitt, Iowa; and the turret gunner, Master Sgt. Fred F. Hecks, of Tacoma, Washington. Less than a week after the June 1 forced landing, Lieutenant Smith’s crew were once again flying in a new aircraft and performing sorties again. Walt was promoted from Sergeant to Technical Sergeant (TSgt) on September 17, 1943. Technical sergeants are qualified to perform very complex technical tasks in addition to providing supervision.

On October 3, 1943, Walt received his 9th oak leaf cluster for his air medal. The Air Medal is a decoration awarded for isolated acts of heroism or meritorious accomplishment while participating in an aerial flight. A group of oak leaves is placed on military awards and decorations to denote those who have received more than one award discount.

On October 6, 1943, Walter was transferred to the nearest port of departure for his return to the United States. He was considered one of the “old folks” who had finally completed their coveted 50th mission. He was 29 years old. “In September 1943, the checkpoint (for the rotation of combat) for the crews of the B-25 was 50 sorties. “(Source: Combat Crew Rotation – WWII and Korean War – USAF Historical Division, January 1968.)

According to Walter’s obituary, he had flown over 52 missions outside of North Africa and received a Purple Heart.

After his return, Walt remained in the United States at various airfields. On February 2, 1945, while Walter was stationed at Alexandria Air Force Base, Louisiana, Leon’s parents received their marriage license. Walter received his separation from service with an honorable discharge on June 3, 1945. He was a life member of the veterans organization of the 57th Bomb Wing Association.

Relationship between car safety and weight