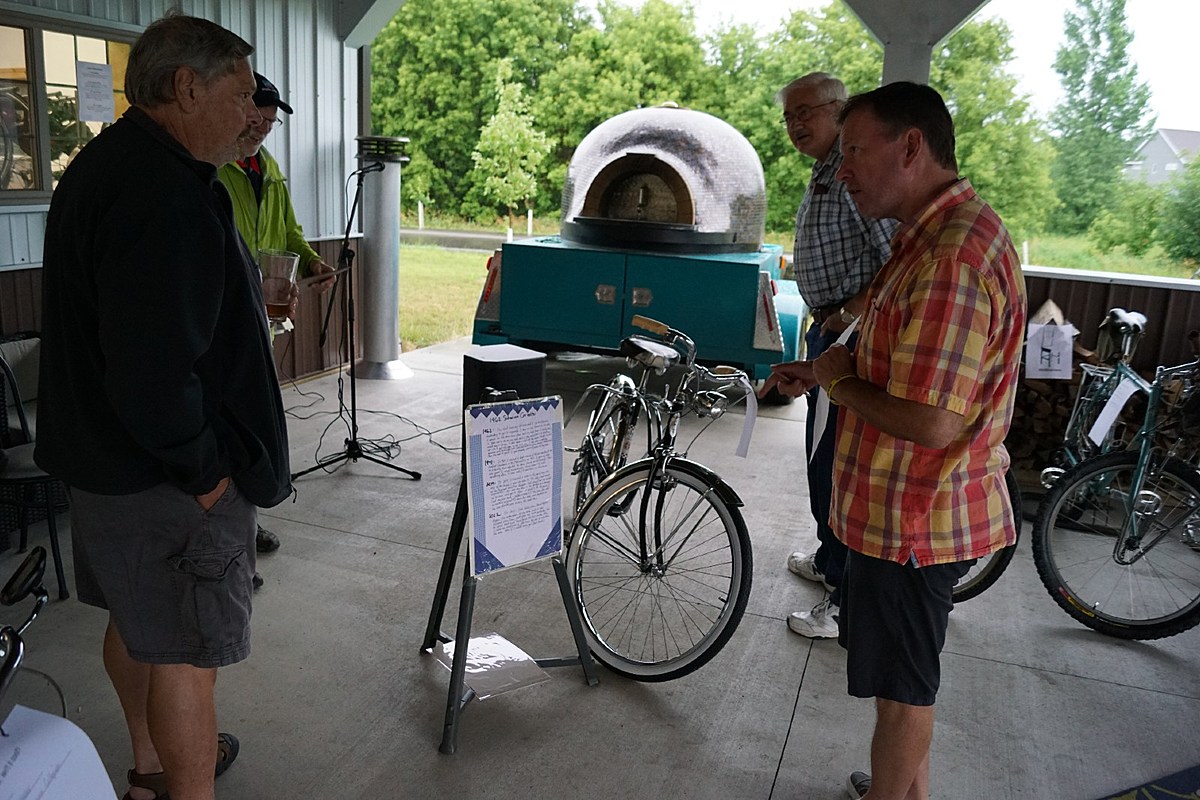 Art in Motion and the Cycling Museum of Minnesota teamed up Saturday for the second annual Retro Rides Vintage Bike Show. Moving Art Owner Greg Konsor says the event is similar to a car show, just with bikes.

You know, especially in rural areas, there’s a lot of old bikes lying around in sheds or in hay barns and people are starting to realize that some of these bikes are pretty cool, so I said why don’t we have a vintage bike show.

However, it wasn’t all about age, as prizes were awarded in categories such as Oldest Bike, Biggest Wow Factor, Best Refurbished Bike, Bike I Want Most, best paint job and best of the show.

This year’s event featured a guest speaker Heath Ryan who recently published a book about the St. Cloud native John Egbers who was killed while riding a cross-country bicycle race four years ago.

Konsor says the goal is to highlight biker safety awareness.

Last year we had the lawn full of windmills representing those killed in 2018 on bicycles. I think we had over 900.

The event is just one of many held in honor of Bike Week 2022. Art in Motion opened in 2020 adjacent to the Wobegon Lake Trail and occupies the intersection of Art, of history, cycling and community.

Winners of the 2022 Vintage Bike Show:

The oldest and best bike in the show:

The bike I want the most:

This newly listed mansion is less than 30 miles from Saint Cloud!

A home, less than 30 miles from just-listed Saint Cloud, sits on 40 acres and features its own basketball court, private spring-fed lake and gourmet kitchen, among other features luxuries. This home is absolutely stunning and could be yours for JUST $2.1 million.