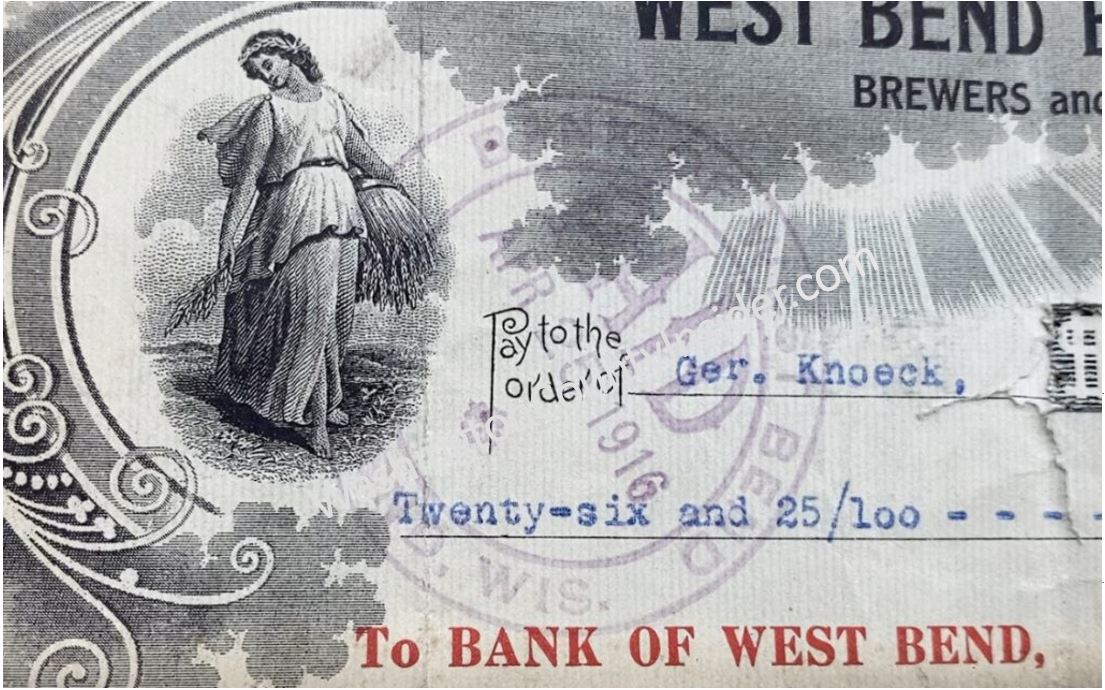 September 11, 2021 – West Bend, WI – In 1916 Summer Olympics were canceled due to World War I, actor and comedian “Jackie” Gleason, of Honeymooners fame was born, and the Boston Red Sox won the 1916 World Series by beating the Brooklyn Robins 4 games to 1 .

And in 1916 there was a little old brewery in West Bend. It was located on Main Street and according to the West Bend Historical Album – Bicentennial Edition 1976, the brewery was owned by Charles W. Walter, Martin F. Walter, Julius Kerber and Henry A. Schmitz.

The beer flowed, the men worked, and the people drank the golden brew of Lithia, Old Timers and Black Pride. This week as West Bend Brewery is being demolished a nugget of history has been saved. A treasure from the past that showcases the quality, care and craftsmanship of what was once a vibrant industry in West Bend.

The decorative paycheck is approximately 5 inches long. Its jagged edges at the top and on the left side indicate a perfect tear of the paycheck.

There is a woman in a sleeveless flowy dress on the left side of the check. She wears a crown in her hair and carries a wheat or barley tree in her right hand and a circular bundle in her left. Sun rays shoot from a line of gray clouds and the words West Bend Brewing Co. Brewers and Bottlers are written in bold above the check. 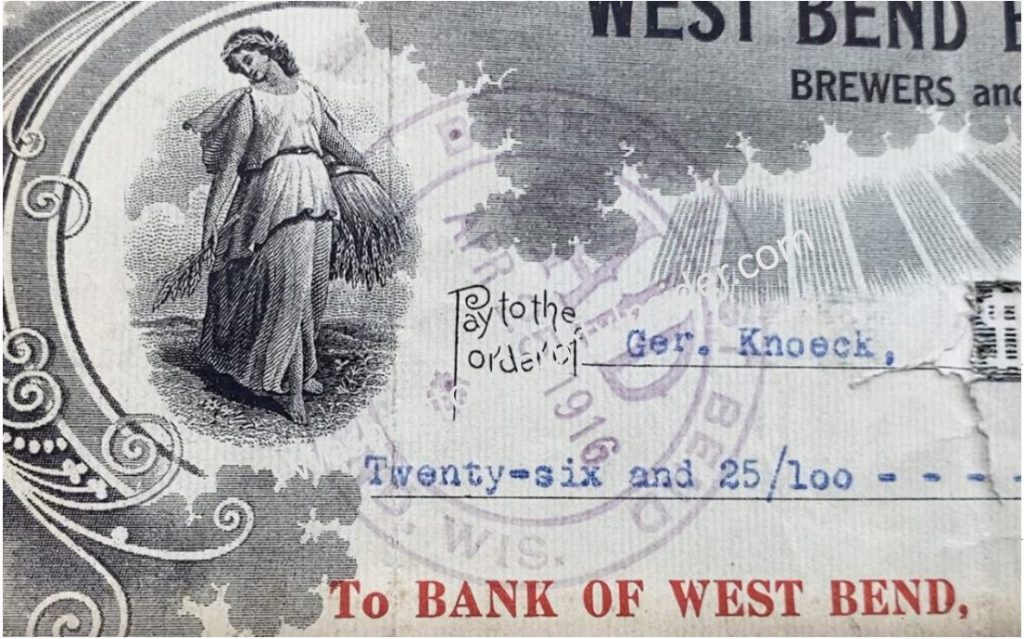 There are two sections written in red: the number on the check and the Bank of West Bend, West Bend, WIS. 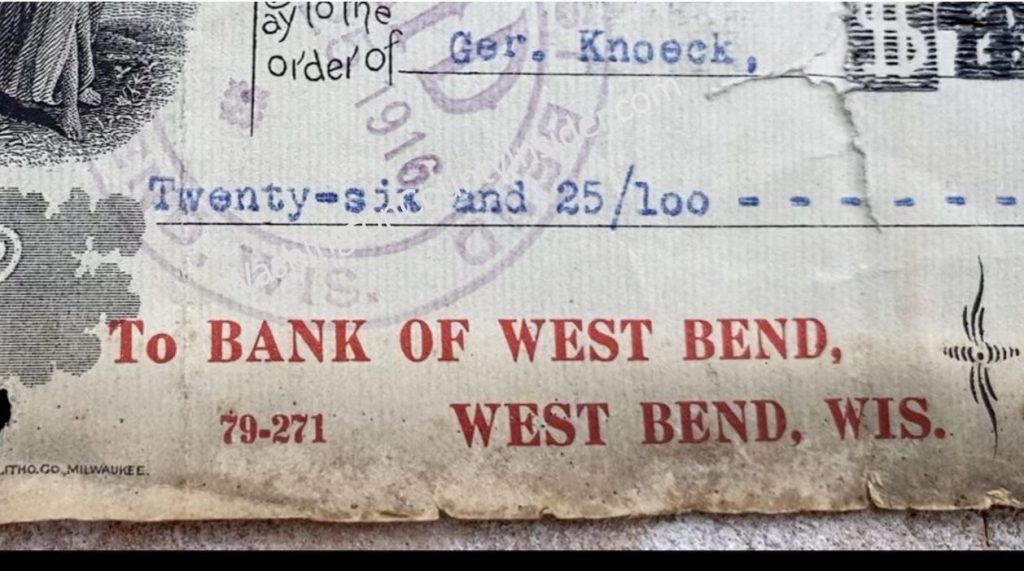 If anyone has a memory of the location of the Bank of West Bend, that would be helpful. 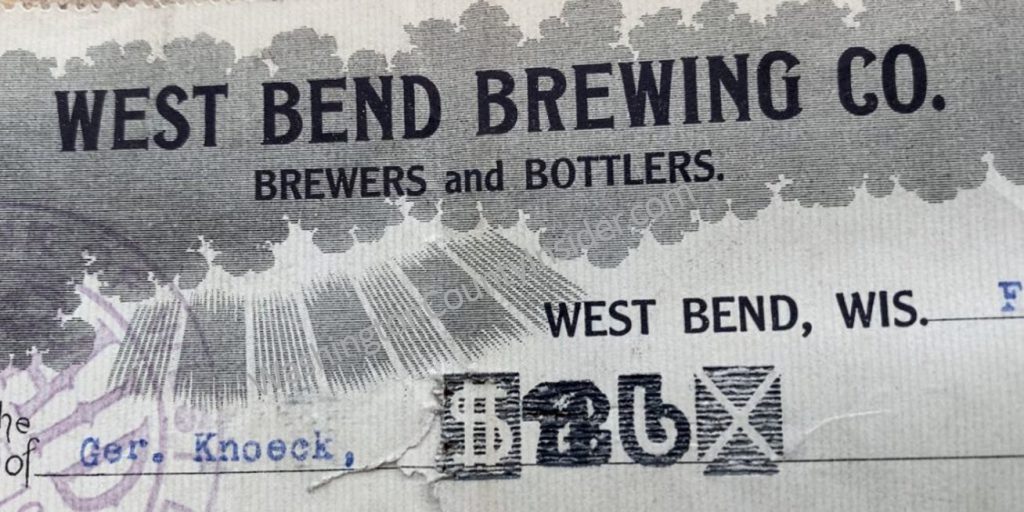 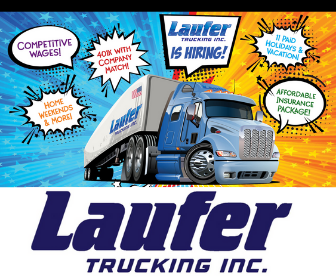 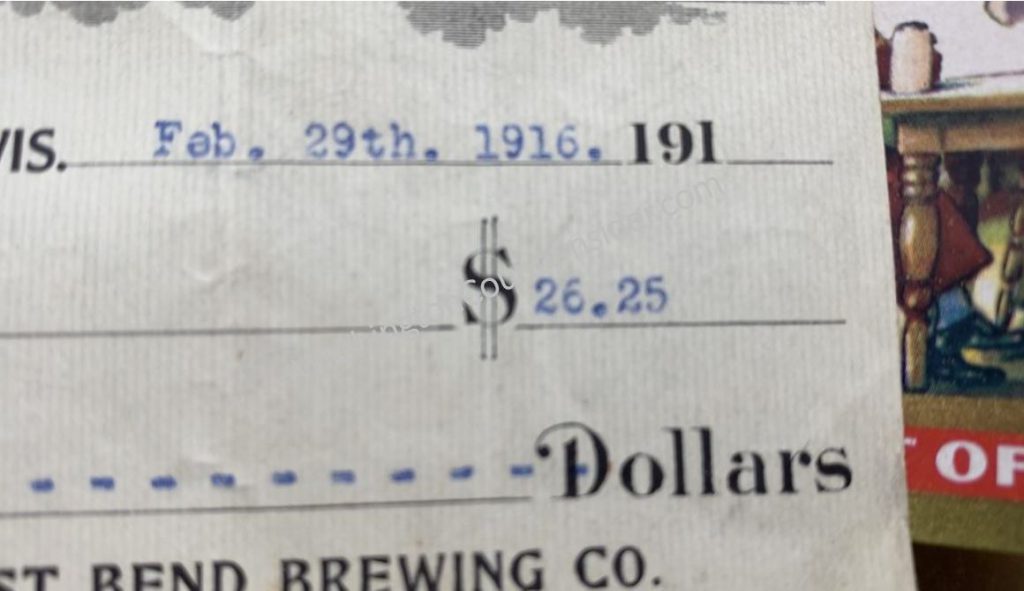 There are two names signed in cursive on the back of the check. The first written in pencil is Gubard Knoeck. The second written in black is Louis F. Kuester.

The paycheck and the blank Old Timers tag were found in the rafters of the building near the driveway near the brewery’s former commercial office. 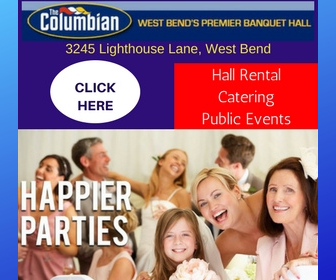 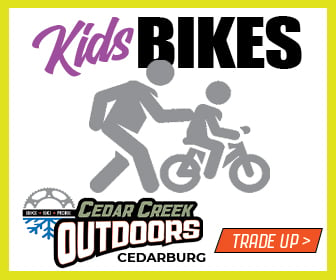