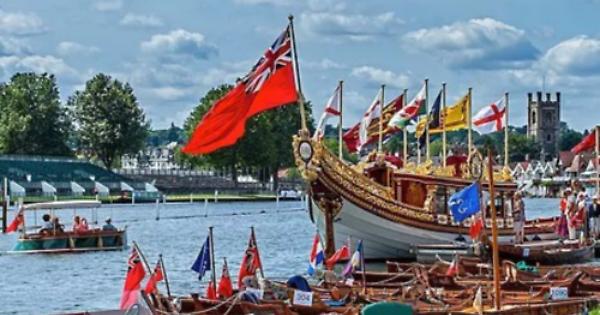 The ORGANIZERS of the Thames Traditional Boat Festival are “optimistic” that this year’s event will go ahead as planned.

The ‘Trad’, which takes place on Fawley Meadows in Henley, has returned to its usual July slot, having been postponed to August last year due to the coronavirus pandemic.

Lady McAlpine, co-chair of the festival said: “We are still very optimistic. Given the success of last year’s event, we are confident that we can put on an even brighter event this year.

“Those of you with boats will be itching to get them in the water and the rest of us just need to do something fun that feels ‘normal’. We’ll be working hard to make sure May it be the best ever. If there are still covid restrictions, we hope we can work with them.

“Although July is still a long way off, we have already decided to take some ‘security decisions’.

“Tardis loos” are officially considered less dangerous to health than “trailer loos”. However, we appreciate that girls, in particular, prefer the latter, so there will be both and by a better provider this year. We will also ensure that there are hand washing stations around the site.

Lady McAlpine said that, as the event was taking place outside, social distancing measures could be introduced “substantially” if necessary.

She added: “We are very aware that this is the year of the Queen’s Platinum Jubilee and the Trad will certainly contribute to the general celebrations.”

Last year, thousands of people attended the festival when the river bank was lined with around 150 beautiful wooden boats, including skiffs, slipper boats, motor yachts and cabin cruisers, as well as electric and steam boats, military vehicles and even amphibious cars.

There were also some of Dunkirk’s “Petits Navires” which took part in the evacuation of Allied troops from France in 1940 during World War II. The famous boats, displaying colorful flags, paraded along the river and on the final day, all the winners took part in a flotilla.

Other attractions included classic cars and motorcycles, several flypasts performed by Battle of Britain Spitfires, an illuminated bicycle parade and a fun dog show. There was also a pop-up restaurant with live entertainment, a vintage tea room, and stalls selling food and drink.

Saudi Arabia, UAE, UK and US will continue joint efforts to support Sudan