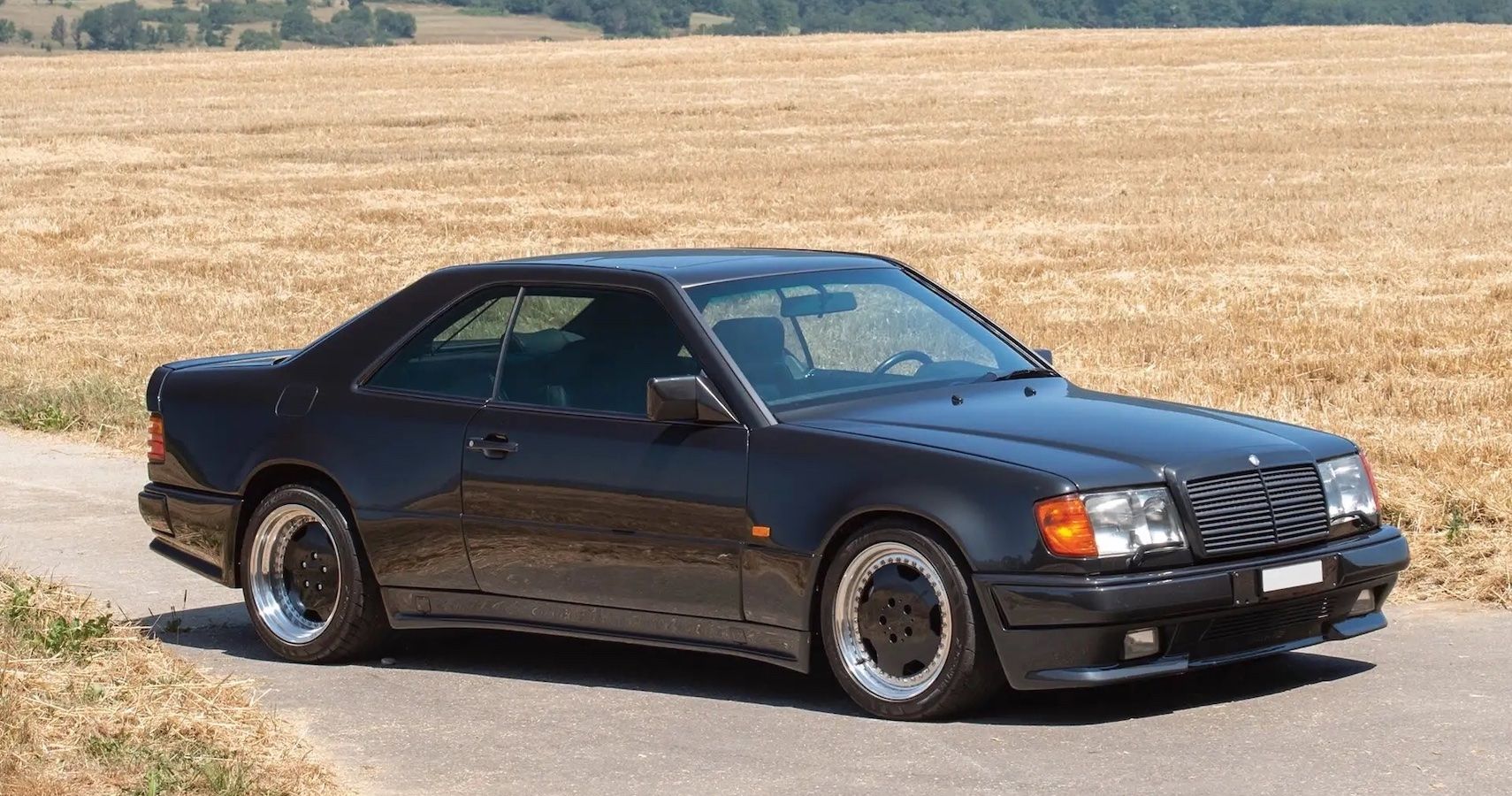 In the 1980s, the famous tuning company AMG made one of the coolest cars in the world and named it: the Mercedes-Benz AMG Hammer Coupe. The AMG hammer has a beautiful design and its performance is fierce.

At the time, muscle and sports cars dominated the automotive world, therefore the idea of ​​a super-sedan did not exist. However, AMG shocked many car enthusiasts after introducing a sedan that could accelerate faster than many sports cars while comfortably seating four adult passengers.

Today, AMG has made many amazing Mercedes-Benz vehicles, but in the early 80s the tuning company was trying to make a name for itself. Originally founded in 1967, the company had spent the 70s producing performance upgrades for Mercedes-Benz models. However, these performance models weren’t that popular, until the launch of the Hammer made the company famous. They were the first to show that sedans could also be performance machines.

Unfortunately, this top performing machine was hard to find; AMG produced 29 units, making it one of the rarest vehicles in the world. Due to its rarity, the hammer was and still is expensive. At the time, a fully built Hammer cost between $100,000 and $150,000, about twice the cost of a Porsche 911 SC.

RELATED: Here’s Why The Mercedes CLA Was One Of The Worst Cars In 2013

The AMG hammer design is luxurious and unique

Even though it’s based on the E-Class W124, the AMG Hammer is different. AMG completely changed the car; they upgraded the engine and installed a new widebody kit. In addition, they transformed the interior, which had a more luxurious finish than before.

The Hammer was available in two- and four-door models, but AMG made a unique wagon model for a Chicago customer. However, all of these variants looked distinctly different from the regular W124.

Most Hammers got a wide body kit which changed the overall look of the car significantly. AMG didn’t go overboard with styling, making the Hammer so unique from other Mercedes vehicles produced at that time. This is one of the reasons why the AMG Hammer has aged better than other expensive German-made specials.

The interior of the car is even more beautiful than the exterior. AMG wrapped all seats in leather and generously applied authentic wood accents throughout the car. The interior features features not found on other period vehicles. The car has a huge ashtray which allows the driver and passengers to burn their cigars. When AMG designed this vehicle, they were surely targeting a specific category of people.

The AMG Hammer Could Take On Many ’80s Sports Cars

AMG allowed its customers to choose between three engines; the standard 5.0-liter V8, 5.6-liter V8, and 6.0-liter V8. The 6.0-liter engine option was the most expensive, but it allowed the AMG to go from 0 to 100 km/h in 5.0 seconds. Models with the top-of-the-line 6.0-liter engine were rarer than other models, making them more expensive. However, that doesn’t mean the standard engine was slow; it could produce around 350 horsepower.

The AMG’s only flaw was in the transmission. At the time, Mercedes-Benz had problems with gearboxes. The four-speed automatic transmission had a sluggish response time, which made driving uncomfortable on winding roads.

Although not AMG’s fault, they tried to tune the gearbox, but couldn’t change the true nature of the W124. However, even though its gearbox was faulty, the AMG Hammer was faster than the Lamborghini Countach.

Originally, the Hammer was not intended to compete with the best supercars of its day. Instead, AMG developed in response to the BMW M5 concept car. However, when BMW produced the M5, it was not as fast as the Hammer. The only advantages of the M5 were that its transmission was not faulty and it was cheaper than the AMG Hammer.

RELATED: Here’s What You Need to Know Before Buying the GLA, the Cheapest Mercedes-Benz SUV Model

The hammer just ushers in crazier vehicles from AMG

After Mercedes teamed up with AMG, their collaboration led to the production of refined and luxurious vehicles with heaps of power. This allows Mercedes-AMG to be the class leader in the production of high-powered luxury hot hatchbacks.

What makes their collaboration unique is that they produce vehicles that are track contenders, but still offer comfort and are stylish enough for everyday use on the road.

One of their best cars is the Mercedes-Benz AMG GT based on the beloved SLS. The AMG GT has a V8 engine that produces 720 hp, making it the most powerful AMG car ever. Plus, it features a carbon package and other unique AMG modifications that make it 77 lbs lighter than the AMG GTR. Due to its superb weight distribution and balance, the GT Black Series is thrilling to drive and can compete with high-end vehicles like the Porsche 911 GT3 RS.

Another model considered one of the best AMGs is the E63 AMG. It may not have the low, athletic stance of most Ferraris, but its power alone covers that issue. Even though the E63 is equipped with a powerful 4.0-liter V8, it maintains a level of elegance with functional rear seats and ample passenger space.