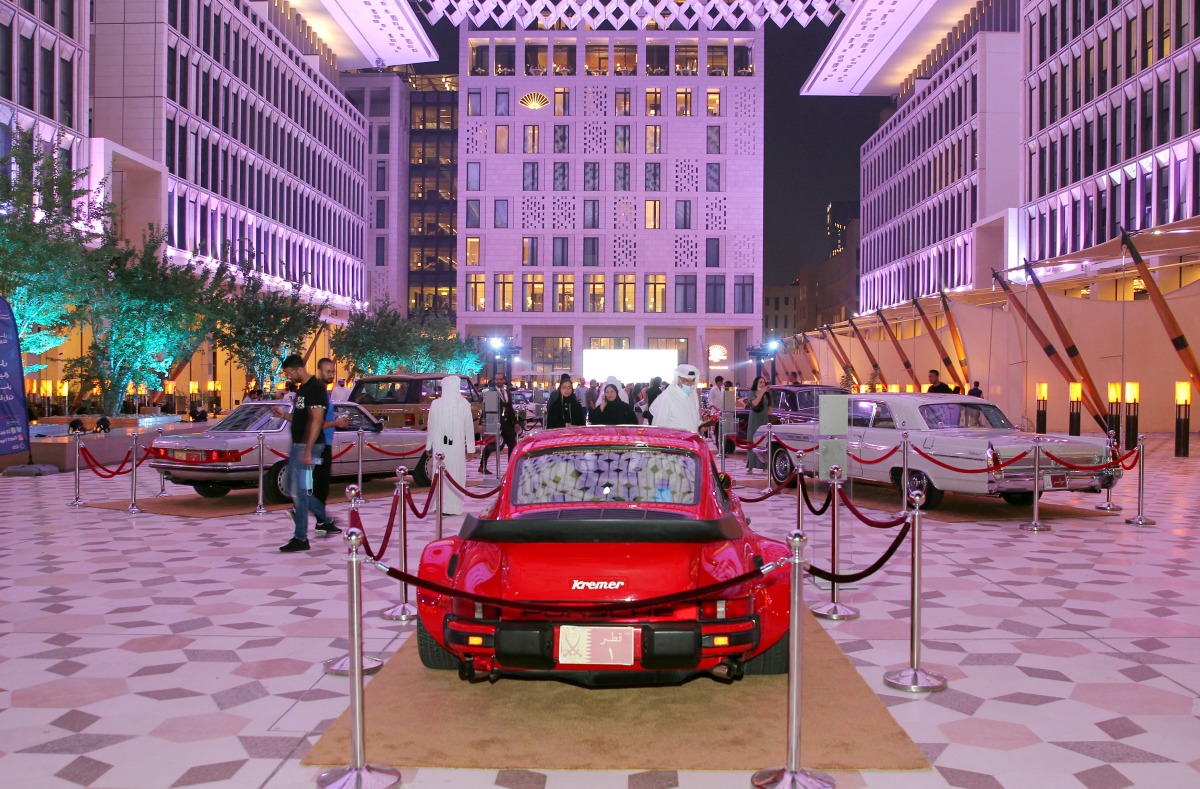 The vintage car show takes enthusiasts on a journey through time

In a statement, Gulf Qatari Classic Car Association Chairman of the Board, Sheikh Faisal bin Qassim Al Thani, said: “We are delighted to witness the steady and rapid development and elevation of the classic car show. Al Baraha classics.

“It has surely become an invaluable asset in the arsenal of our country’s cultural sector, and it must be supported and preserved, so that it can continue to thrive and develop, both locally and internationally,” said he added.

Holding the exhibition in Msheireb “revitalizes our national belonging and the legacy of what we drove and what we had at that time,” Omar Hussain Alfardan said on the sidelines of the event.

He said Msheireb is the center of Doha for all businesses and his time as a young child in Msheireb, driving around with cars from the 1960s and 1970s, brings the same feeling that there is decades. “Msheireb is becoming the center of Doha for art in general and of course classic cars and cars from that era complement that terminology so it sure does add up. If you go to a parade of mode, to a restaurant, you go in a car, automatically — a car is part of you going out, just like you carry a bag, or wear nice shoes, you go in a nice car,” he said. .

Alfardan said this type of exhibition will attract tourists. “When we started this journey with the Gulf Qatari Classic Car Association, we had a limited number of cars, but over time we have attracted more members. Now we have 3,000 to 4,000 classic cars [that] are available in the market, and it is increasing every day.

Alfardan revealed that they will be planning two more exhibitions in the coming months and a bigger event will be announced soon. Recently, the Association participated in the outdoor car exhibition at the National Museum of Qatar which will end today.

Also, he said that all the cars are “masterpieces” and that the vintage car show is “for people to remember the times, to remember what happened in that time”.