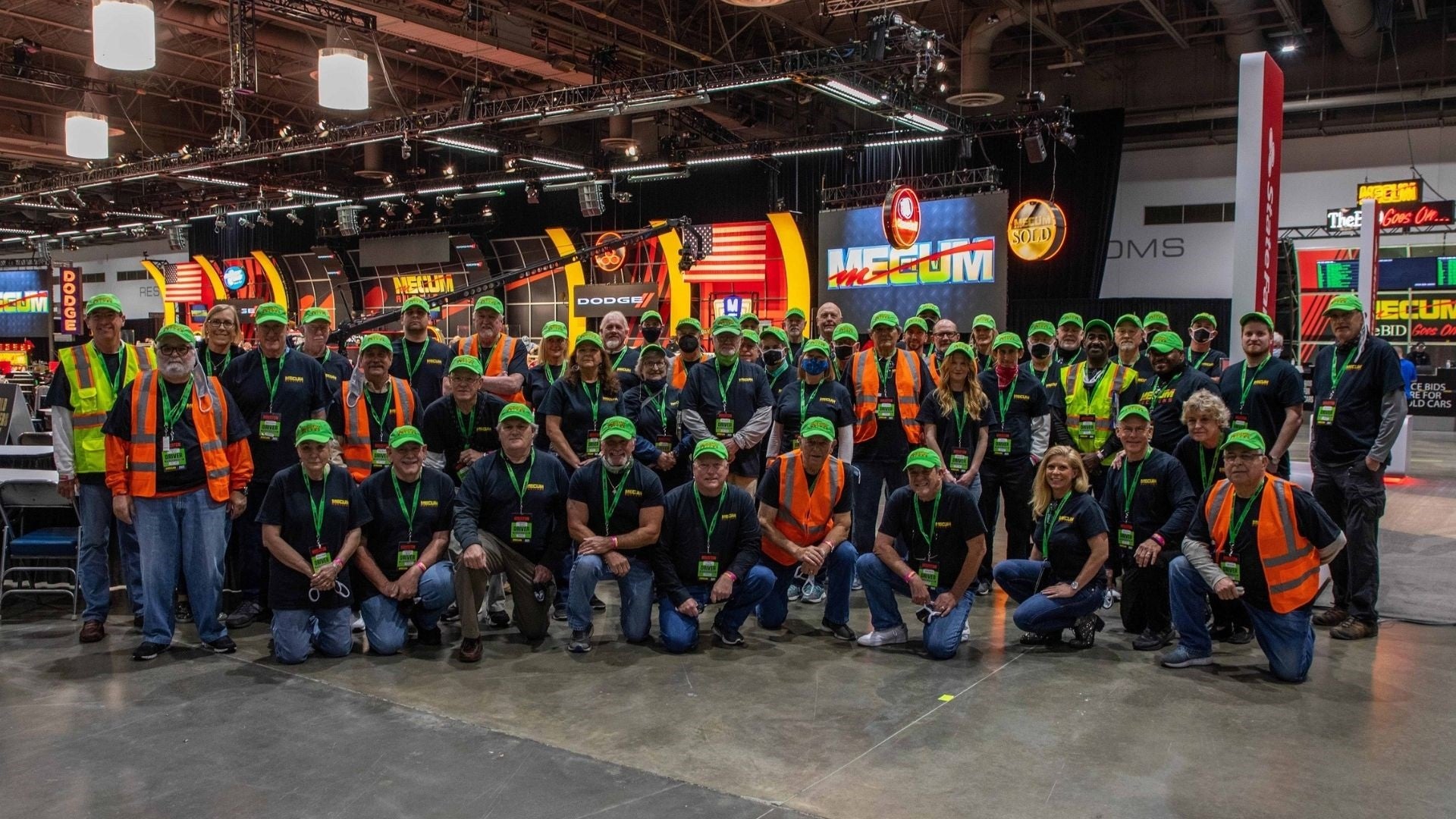 The Vengeful Divorcee, and Other Tales From Driving Cars to the Stage at Mecum Auctions

Danny Galloway can tell more compelling stories than a Mecum auction has cars, and that says a lot.

A member of the Vintage Houston Thunderbirds club since 1999, Galloway began volunteering with the club at the Mecum auction in Houston in 2009. He sits at the front line, assigning volunteer drivers to vehicles lined up to cross the stage.

“When I first took part in the auction, there was one GTO convertible in particular,” says Galloway. “A lady came up to me and asked if she could lead him. She was very well dressed and I told her where to find the manager. She came back and said, “He said no; I can’t drive it. ”

Galloway asked her why she was upset about it and the woman replied, “This is my car. I got it through a divorce settlement and I want my husband to see me selling it on TV. “

Not being allowed to drive your own car was not going to fly under Galloway’s watch. He found a representative at auction and cleared the owner to drive, and she sat triumphantly in the driver’s seat and walked across the stage for her television debut. There may or may not have been a glint in her eyes.

Greg Rich, president of the Vintage Thunderbirds in Houston for four years, recruits and organizes all volunteer drivers.

“It takes about 90 to 100 volunteers to run the Houston auction two shifts per day for three full days of the auction,” says Rich. “As you can imagine, a lot of logistics and coordination are involved, and I’m in the back office to make sure Danny has the resources he needs.

In addition to the entry and a front-line prospect of the auction, volunteers can drive a range of vehicles from finicky Model Ts to exotic sports cars with unusual starting procedures. The club has written a standard set of procedures to describe what is expected of volunteers, and they are required to sign it. If someone breaks the rules, it’s for good.

The vast majority of volunteers do their jobs perfectly, Galloway says. Sometimes, however, there is an outlier.

“Five or six years ago one of the gentleman volunteers was hiding behind a column when I was assigning vehicles; he would wait until I got to high value sports cars and then he would show up, ”recalls Galloway. “I didn’t understand until someone pointed it out. So I started giving these cars to other volunteers and told him that I didn’t appreciate what he was doing.

Galloway told him they no longer needed his service and was asked to leave. Not wanting to give up his time in the sun (apparently he was also making YouTube videos of himself behind the wheel of cars), the man went over Galloway’s head and made his way through. Then he returned to hide behind the columns and waited for the luxury cars to reappear. Soon after, a Mecum The official grabbed him and told him to leave and never come back.

Galloway himself is a delight, the kind of natural storyteller you could sit next to and listen to all day. He says he’s still a vintage car guy, and many years ago he was told his aunt would bequeath him a classic Thunderbird. At the time, he had a long and fluffy 1977 Mercury Cougar.

“I wasn’t a sports car guy; The Mustangs and the Camaros didn’t move me much, ”he says. “I agreed with a Cougar because it was more luxurious.”

Unfortunately, her aunt changed her mind about giving her the T-bird. Some time later, he was driving on the freeway and stopped at a Thunderbird dealership near his home; he started chatting with the manager and told him about the lost Thunderbird. The manager told him to come back so he could show him an old dark blue T-bird with a light blue interior that was sitting on the ground and offered it to Galloway for $ 3,000.

Galloway wasn’t sure he wanted it right away, so he went home to think about it. That same week, a 1965 T-bird stopped by his side during his lunch hour and he took it as a sign. He called the dealership manager and asked him to take a test drive; the dealer installed it with a battery and got everything set up and ready to go.

“The car got to 50 and then to 60 and it almost got to 70 and all of a sudden it all flew out of the dash and I could barely see,” Galloway says. “I stopped in a U-turn and let him settle, then I pushed him away and told him I would take it.

About a week after he brought it home and polished it, he was talking to a friend at work about his dream car he just got. His friend picked up the phone in the middle of their conversation and Galloway was annoyed.

His friend handed the phone to Galloway and said, “This is for you.”

It was the president of the T-bird club in Houston, inviting Galloway to join the club. He signed up straight away and has been active at the club ever since. He doesn’t plan to stop working with the auction with Rich and the rest of the club anytime soon.

“We have a close working relationship with Mecum; they love the way we do what we do, ”says Rich. “They also give us a charitable donation for volunteerism and we channel that into efforts that support the classic car industry.”

Since 2017, the club funded 21 scholarships to Houston Community College to get more kids to work on carburetors and distributors instead of modern fuel ignitions and computer plug-ins. The club also facilitated the donation of a 1955 Thunderbird currently used as a project car at University.

“We all get to get old. We can work on cars, but there aren’t many people behind us. We are keen to keep the classic auto industry going. It always needs new enthusiasm and with a fresh look. “

I have a feeling there are many more stories to come.

Do you have any advice? Send a note to the writer: [email protected]