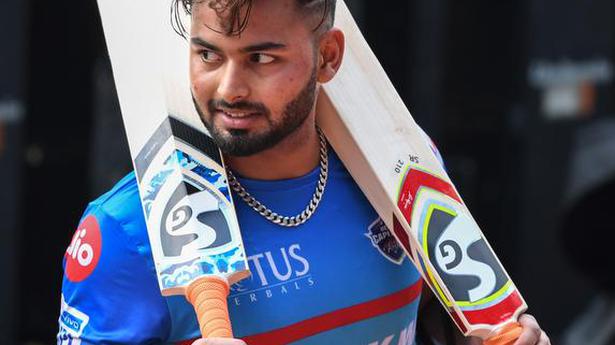 The question is who will be the vice-captain: and Rishabh Pant fits the bill

How good was Kohli as a captain? What he lacked tactically, he made up for with result-influencing intensity.

Let’s forget about stats, or impact or legacy for a moment and consider our initial reaction to Virat Kohli’s resignation as captain. Here is the most powerful man in Indian cricket – and by extension in world cricket – leaving a job he clearly enjoyed and did so well at. How could we not feel a pang of sadness and disappointment, and envision a multitude of -summers?

He loved and respected Test cricket and played it with a passion that even the IPL generation could rarely evoke. It was old fashioned but with a modern twist. You saw in him what you wanted to see, and that made him a media darling.

The Kohli-cam was focused on him, broadcasters aware of the value of a player who wore his heart on his sleeve. He could be many things, but never dull and never still. He could still direct an audience (once the spectators have returned to the stadiums) of supporters, he could still shout into the stump mic. Or he could decide to play the role of éminence grise. It will be fun to watch, whatever he chooses.

Tactically, Kohli wasn’t India’s most astute captain, but that didn’t matter. He had some serious brains in his corner – Anil Kumble, Ravi Shashti, Rahul Dravid. It left him free to be himself and convert the less convinced to his way of playing with fierce determination and a lot of noise. Everyone played for a common cause; KL Rahul summed it up in England when he said, “If you chase one of us, eleven of us will come after you.”

How good was Kohli as a captain? What he lacked tactically, he made up for with result-influencing intensity. He seemed capable of wanting a dismissal or influencing the opposition to play to his strengths. Fortitude can sometimes be more effective than strategic certainty.

Cricket is a romantic sport mostly for those who write and read about it or watch from the outside. For players it can be brutal and unforgiving, and even more so for captains. Today’s cricket teams are like corporations, with huge turnover, internal political maneuvering and layoffs that happen because the team manager clashed with people in positions of power. authority.

Maybe he didn’t say “good morning” to someone, maybe he implied that someone else was a liar. Indian captains don’t give up so easily. Kohli had his ear glued to the ground and heard the rumblings of the approaching rampage.

Soon he will take instructions from a new captain, perhaps someone younger than he could have chosen for India. This is the biggest test the former captains have to face, and the Indian captains have not fared very well under these circumstances. They tended to create separate centers of power within the team – in the 1980s there were Kapil Dev’s boys and Sunil Gavaskar’s boys in the team; before that, the Pataudi boys and the Ajit Wadekar boys. If that doesn’t happen now, Kohli can take credit for getting the team to play and respond as one unit.

The important question for Indian cricket now is who will be the vice-captain of the team. It will have to be someone with a long tenure as captain when his turn comes.

Likely captain Rohit Sharma is over a year older than Kohli (despite playing less than half the Test count), meaning both of these players will leave the game around the same time. Having someone like Rishabh Pant as vice-captain will give the 24-year-old wicketkeeper the time and space to grow into the top position. And let’s not forget that Kohli will be standing by his side at the underpants to continue this education.

One candidate who has not been discussed in the captaincy stakes is R Ashwin, who at 35 is seven months older than Rohit, has shown himself to be a game thinker and could do an effective holding job. He will come up against prejudice from coaches against bowling captains, but he has the experience to slip into the role seamlessly. Pant could also become his apprentice.

Whether it’s any of the above or KL Rahul or Jasprit Bumrah, it won’t matter to Kohli the drummer, still the best India has had in the last decade. This attractive cover reader or the minimum hassle reader between the middle and middle of the counter should continue to charm us regardless.

The legacy of captaincy he brought to the team – fitness, aggression, self-confidence, grace under pressure – will serve Indian cricket very well. The batting legacy – he’s only 33 after all – can still be worked on.