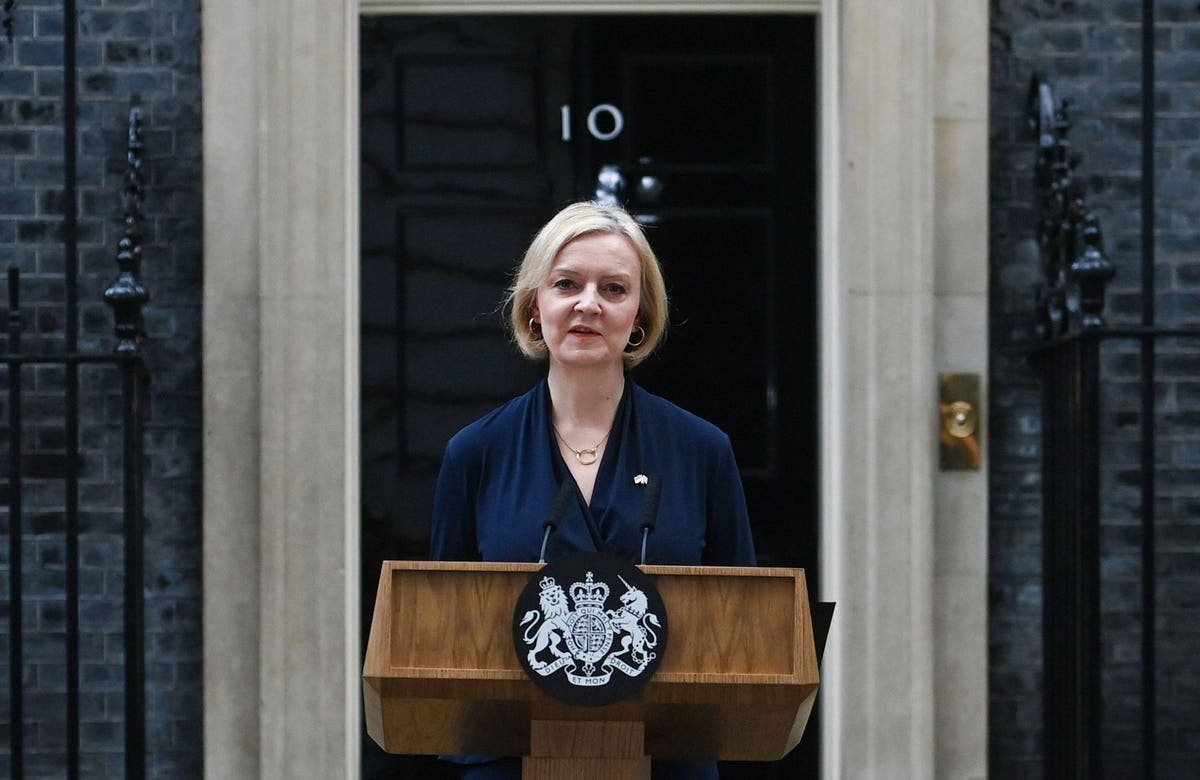 Sent on Saturdays, it also includes everything you need to start your weekend, from must-have podcasts to new book releases and more. register here.

Hello from London, where Prime Minister Liz Truss finally announced her resignation after a financial meltdown and British politics descended into a farce.

Britain was once known for being a stable democracy. By next week my 3 month old son will have been through 3 prime ministers, 4 chancellors and two monarchs.

On Wednesday, as the government began to implode, I attended the PinkNews Awards which took place next to the UK Parliament. The room was filled with politicians, journalists and LGBT leaders glued to their smartphones as the scandals unfolded nearby.

As the wine flowed, normally reserved Britons let loose and the speeches turned into an all-out attack on the administration.

Much of the attention on stage was on trans rights, which unexpectedly became one of the key issues in the leadership campaign that elected Truss, “Conservatives have used one of the minorities the country’s most vulnerable like a political soccer ball, competing with each other for who could hate them the most..” one said.

British politics has long used minorities as a pawn to stoke hatred – decades of racial intolerance, gay rights and the AIDS crisis to name but a few examples. History shows us that these unsightly attacks on minorities often coincide with failing administrations clinging desperately to power while living on borrowed time.

A laureate said something that struck me. Critics of the trans rights movement often complain that everything they hear about in the media is about trans rights and that their critical voices are “silenced” by a “vocal, radical, trans minority.” But as was pointed out on stage, trans voices are rarely seen in the debate. “It is not the critics who are being silenced, the fact that we hear them screaming that their voices are being suppressed shows so clearly that it is not the ones who are being silenced at all.”

This is the reality: while spineless politicians use the marginalized for their own political gain, the voices of some of the most abused minorities go unheard. Instead, they are pushed further into the shadows.

Becoming a father has changed me. Now my thoughts turn to the kind of world my son will inherit. Leaving the awards, I had only one hope left for his future – that he never again saw such a shameful period in British history as this.

Apple AirTags are cleared to take off. Apple’s AirTags have become a popular way to track checked bags over the summer of canceled and delayed flights. After some airlines tried to ban the devices over battery safety concerns, regulators in the United States gave AirTags their stamp of approval.

Polish companies are hard hit by inflation and soaring energy prices. Bankruptcies are on the rise as prices for raw materials, fuel and energy continue to rise across Europe. Companies are asking for expedited visas for Ukrainians to join the labor market.

A CEO under 30 is building brain implants that could treat cerebral palsy. start Asoft has pioneered the use of soft and flexible materials that can better integrate with brain tissue. Their implant has received initial approval from US regulators, which could mean this science fiction technology could quickly become a reality.

The first electric Rolls-Royce will have a range of 323 miles. The new all-electric Specter coupe will be the company’s most aerodynamic model to date and will weigh a decidedly 3 tonnes. Luxury meets sustainability.

A small village near Oslo runs on solar energy, even in winter. The village of Furumogrenda benefits from a new development of eco-houses, each with a full range of solar panels, heat pumps and access to e-bikes. A case study in sustainable living.

An Iranian climber who competed without a hijab has been welcomed as a hero in Tehran. Elnaz Rekabi competed in South Korea without her state-imposed headgear and was greeted with applause and chants of “Elnaz is a hero” at home. Rekabi told Iranian state television that her choice of dress was “involuntary”.

register here to receive The Memo newsletter in your inbox every Saturday.

A magical winter train ride. For the first time, the iconic Venice Simpson-Orient-Express will provide passengers with an unforgettable party experience with overnight trips departing from Venice and ending in Paris. The opulent vintage train will host incredible art deco installations, live music and gourmet cuisine.

A new era of employee activism. The workplace is changing and employers should listen. Megan Reitz offers a summary of what employees want from their organization and how leaders can meet the challenge of creating a productive workforce where every voice is heard. TED, free to watch worldwide.

Bike graveyards. Every year, cities around the world, from Hong Kong to Amsterdam, experience a similar phenomenon. Thousands of bicycles are thrown into rivers, ponds, lakes and canals, to be dredged some time later. It turns out that bike-sharing systems might be the culprit. The Guardian, free to listen worldwide.

The 21st Century Hunter-Gatherer’s Guide. We are living in the most prosperous time in our history, yet despite this, loneliness, depression, chronic illnesses and skyrocketing suicide rates continue to plague our society. But what causes this dichotomy and how do we react? Wallet, from $28.00.

The secrets of the best macaroni and cheese in the world. The founder of Seattle-based grilled cheese and macaroni and cheese restaurant Beecher’s provides gooey details on why his famous dish is so special. The trick is in their flagship cheese – a cheddar with accents of Gruyère and made using traditional Swiss methods.

T20, cricket for those who don’t like cricket, will thrill us for three weeks: The Tribune India