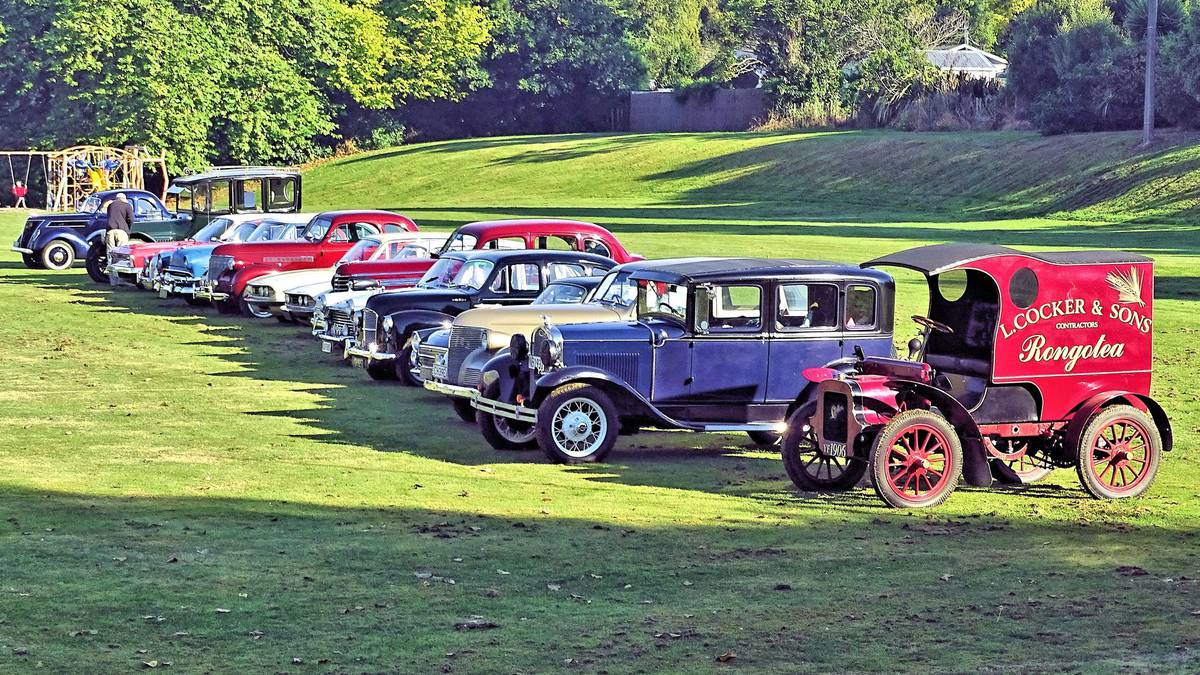 Members’ cars range from Rolls-Royces to Minis and the tiny Austin 7. Photo/Supplied

Be prepared to see your vehicle memory banks shaken up this weekend.

More than 50 cars signed up for the 60th anniversary of the Manawatū branch of the Vintage Car Club of New Zealand.

On Saturday there will be a “run what yer brung” rally, with lunch at Āpiti and dinner at the clubrooms. On Sundays, Jubilee attendees can take a self-guided tour of places of interest, including museums, gardens and cafes.

Former President Brian Halcox is used to hearing comments like “I remember those cars” and “my dad had one.”

“When you drive a vintage car, you drive a memento. It’s so good, people love it, they absolutely love it.”

Gatherings are part of club activities. “If you have a vintage car, there’s always somewhere you can go, [somewhere] you haven’t knocked and it’s not repetitive.”

In 1961, expressions of interest were solicited to establish a vintage car club in Manawatū. Seventeen people with old cars drove to Whanganui for meetings and rallies and when the Manawatū branch started, Whanganui donated money to help.

The Manawatū club was officially formed in April 1962, and the first president was Ken Townshend.

in 1973 it ended up at Milson Aerodrome but there was a strong desire among the members to have their own club rooms. The club bought the old brick and pipe clay quarry at the top of Kelvin Grove Rd.

They had to beg, borrow and coerce equipment such as bulldozers and diggers to build the club rooms and many hours were put in by club members, Halcox says. Auto shows and raffles were the order of the day to pay the bills. Local businesses also came to the party.

In August 1981, the first branch meeting was held at The Grove, but members then continued to meet at the airfield until the club rooms became more livable.

The club now has about 150 members. If you have a car over 30 years old, you can register.

Halcox says it’s quite an achievement for the club to turn 60. For the record, he drove a 1974 Triumph to this interview.

This local construction company puts the community and customers first