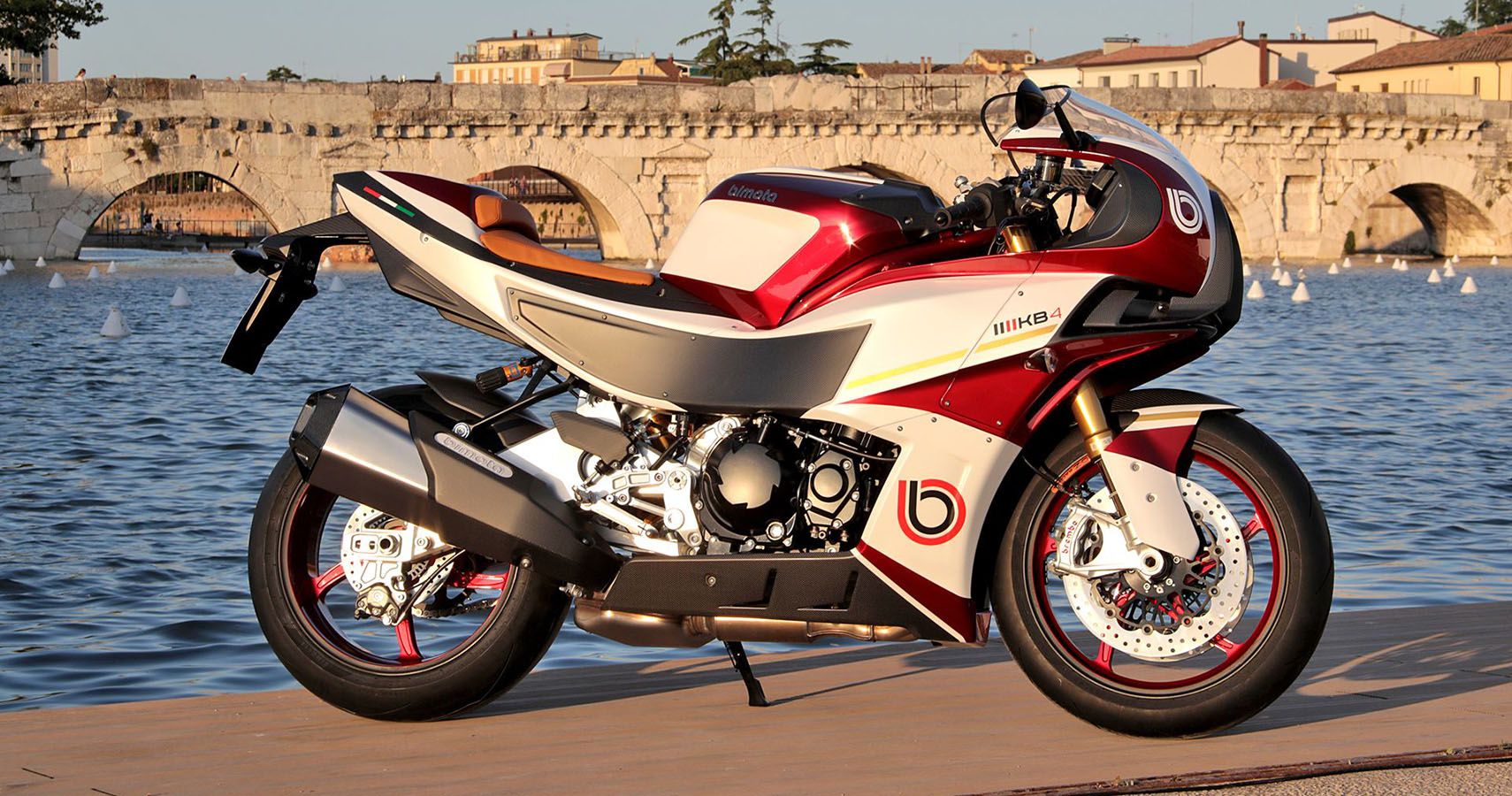 The Bimota KB4 is an exclusive vintage retro

Since Kawasaki took over Bimota, the Italian company had so far surprised us with creations as exclusive as the Bimota TESI H2. However, it will not be their only workhorse in the market. And the Italian firm has just presented a new motorcycle at the Milan Motorcycle Show.

It is one of the most anticipated models from Bimota. We knew a few details about this new bike and when it would debut. However, we had no idea it would be a double finish.

The first is the KB4 model which was already leaking with a dropper for two years, while the second is a novelty, since we did not expect Bimota to develop a second version of this same motorcycle.

Both come from the base of the Kawasaki Z1000SX. A motorcycle from which he inherits his in-line four-cylinder engine. Meanwhile, the chassis and the rest of the components have been revised to make the bike extremely light. As a result, the Bimota KB4 weighs just 428 pounds, 90 pounds lighter than its “half-sister” Z1000SX.

The original design of the new Bimota KB4 makes this neo-retro superbike one of the most coveted motorcycles of the next year.

Related: 10 Things We Now Know About the Bimota Tesi H2

The Kawasaki-based Bimota KB4 is a nostalgic high-tech motorcycle

One of the things that stands out the most about the new Bimota KB4 is its neo-retro design, halfway between classic Italian and Japanese “concept bikes”. Its huge half-dome-shaped front gives way to a wraparound fairing that reaches the rear tail but leaves the engine bare.

The KB4 and KB4 RC are already accepting orders on their website (remember this is a mostly handmade motorcycle) and are expected to reach their buyers sometime in 2022.

To create these motorcycles, the Italian brand was inspired by its sports motorcycles from the 70s / 80s, sharing, in addition to the technical characteristics, the classic Bimota color palette (red, white and gold). In addition, the design of the fairing is reminiscent of the KB1 of 1980: a round dome at the front to avoid the wind at high speed and a square rear.

Mechanically, both use the Kawasaki 1000SX engine, a 1,043cc four-cylinder engine that produces 142 hp at 10,000 rpm and peak torque of 82 lb-ft. However, the position of the radiator has changed compared to the Kawasaki, now housed horizontally under the rear tail. Plus, to cool it down, the KB4 has side air ducts under the fairing that give it that particular side look in addition to engine cooling.

Related: 10 Things Every Motorcycle Lover Should Know About The 2022 Kawasaki Versys 650

Chassis side, the Bimota KB4 will stand out even more from its “half-sister” Kawasaki thanks to a new frame. It is a high tensile steel multitubular structure with various elements added and created from a block of aluminum alloy. Indeed, on the Bimota site, you can see separately these elements which are part of the KB4 superstructure.

Along with this, the reinforced aluminum double-arm swingarm is also “made in Bimota”. This improvement allows the KB4 to considerably reduce the weight compared to the “Kawa”.

The KB4’s suspensions have also been redesigned, and the front will feature a 43mm Öhlins FG R&T NIX30 fork. At the rear, also hlins, it is equipped with a TTX36 EC mono-shock. Both suspensions are adjustable in preload, as you would expect from a motorcycle of these characteristics.

As for the brakes, the Bimota KB4 will have two large 320 mm discs at the front, to which will be added a Brembo Stylema caliper system. As for the rear wheel, it will have a single 220mm disc available. Unfortunately, Bimota did not give details on what ABS their new KB4 will have.

Electronically, it inherits many aids that the Kawasaki Ninja 1000 SX rides on, such as traction control, semi-automatic gearbox, and ABS with cornering action. In addition, to control all the information offered by electronic systems and aids, it has a 10.9 cm TFT screen and smartphone connectivity via Bluetooth inherited from its Japanese half-sister.

Related: The Ducati Panigale V4 Is Now Even More Track Focused For 2022

A Cafe Racer version of the Bimota KB4

The big surprise that Bimota reserved for us at EICMA was to present a Café Racer version of its new KB4. The new Bimota KB4 RC is currently only announced as a prototype and has some differences from its sister. Of course, the most obvious is the lack of a front fairing to give it a more Naked aesthetic. The other difference concerns its suspensions, which in the case of the KB4RC will be semi-active electronics from the manufacturer Marzocchi.

Colors Of The Bimota KB4

Although Bimota did not give details on the colors of the KB4, we can expect that it will only have the color scheme with which it has been presented in the company: white with red patterns and a few golden lines.

Bimota has not revealed a launch date (we know it will arrive in 2022) or the price that fans of the brand will have to pay for these two motorcycles; however, he has opened a section on his website where you can book your favorite model.

Everything we know about Spyros Panopoulos Chaos Ultracar 2022

The 2022 Spyros Panopoulos Chaos ultracar is about to engulf the automotive industry with its breathtaking performance dynamics.

Eduardo Zepeda is a car enthusiast, writer, gasoline mechanic and RV enthusiast based in León, Mexico. He has lived in different parts of Mexico, the United States and Canada and loves to travel to his house on wheels with his wife and dogs. He has worked as a copywriter and content strategist for 7 years, posting content on manufacturing industries like automotive, aerospace and industry in general.

Chumlee’s most expensive deals on the Pawn Stars

It was a happy and bright Saturday night in downtown Smithville