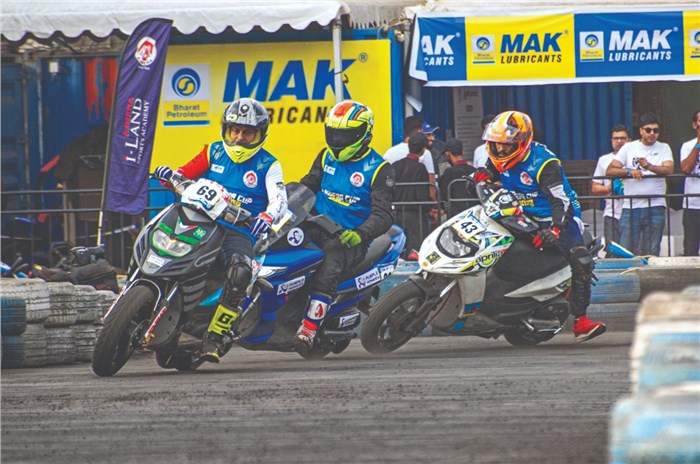 The Ajmera Cup has returned for 2022 with the same goal – to discourage street racing. We witness the action-packed event.

Racing is something that is sure to excite all petrolheads. The thrill of speed and the spirit of competition can be addictive, so much so that it even drives some people to participate outside the safe confines of the racetrack. It’s a common sight on our roads, isn’t it? Bikers travel at breakneck speeds, weave through traffic jams and put several lives at risk every time they get on their machine. And just to remember, you rarely see them with protective gear.

This is exactly the kind of behavior that the organizers of the Ajmera Cup 2022 want to discourage. “If you want to race and show your skills, you come to the track!” said Rustom Patel, an eight-time national motocross champion and Ajmera’s head coach, who was the mastermind behind the whole event.

The Ajmera Cup, which took place on May 28, came after a three-year hiatus induced by COVID-19. The organizers had divided the event into several categories, which meant that whatever two-wheeler the competitors used, their age or their gender, there was a category that everyone could participate in. Some of the categories were Foreign Class Open, Scooter Class Open, Ladies Class Open and even a Veterans over 40 class for veterans to show off their skills on the Ajmera kart track in Wadala.

The day began with competitors flocking to the registration desks and entering their respective categories. And despite the three-year gap, there were over 150 entrants in all categories, from all over India. Being one of the biggest two-wheel racing events in Mumbai, the Ajmera Cup 2022 has also attracted some of the finest and most diverse machines. There were plenty of scooters, from Suzukis to Aprilias, a plethora of KTMs, Xpulses and Impulses, Ducatis and Triumphs, and even two Ohvale GP mini race bikes that competed in the foreign class.

There were participants of all ages, like 86-year-old Minoo Fitter.

And it wasn’t just the machines that were diverse at the 2022 Ajmera Cup. The participating competitors were of all ages, like 11-year-old ShreyasHareesh, who dominated and won the overseas class on his Ohvale GP mini race bike, or 86-year-old Minoo Fitter – who has been riding two-wheelers for almost 60 years – who took part in this event on his cute vintage Vespa scooter.

With such a variety of two-wheelers and competitors involved, the race had to be exciting. There were lots of thrills and great overtaking maneuvers on the narrow and twisty AjmeraIndikarting track. And as if wheel-to-wheel racing wasn’t enough, famed stuntman SachinRiderboy and his crew wowed onlookers with physics-defying stunts.

The evening ended with veterans of the Mumbai cycling scene, including Fitter on his Vespa, parading down the track on their classic and vintage motorcycles like a BSA, Norton and BMW. This was followed by the congratulation ceremony, where the winners of each category received their prizes.

All in all, the 2022 Ajmera Cup was a fun day and surely attracted a few bikers to track racing rather than street racing. See you for more events like this in the future!