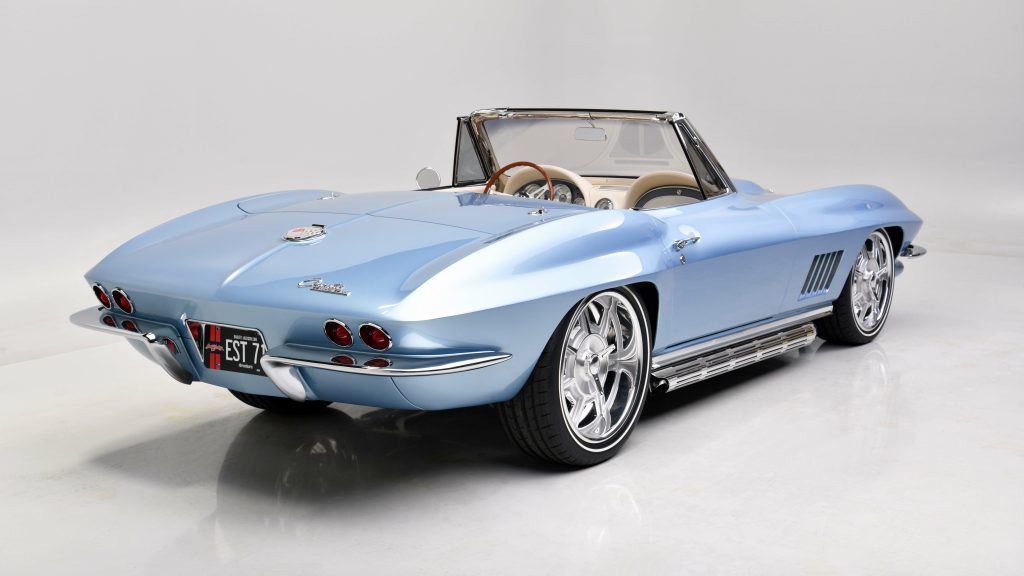 An extremely diverse selection of highly desirable Custom and Resto-Mod collectible cars, trucks and SUVs will roll across the block at the 2022 Barrett-Jackson Houston Auction, to be held at the NRG Center, October 20-22. .

“We continue to see a meteoric rise in the popularity of Custom and Resto-Mod vehicles in the collectible car hobby today,” said Craig Jackson, President and CEO. “Barrett-Jackson was at the forefront of this segment in the industry, championing these vehicles from the start, and it’s exciting to see the younger generation of enthusiasts getting involved in the hobby and buying vehicles. which feature classic style accompanied by modern comfort and technology.”

Well known for his on-air role with “Barrett-Jackson LIVE” on FYI and The History Channel, Hoover is also an avid collector and, for the first time, will be offering five vehicles for sale (no reserve) in Houston. Among them is his beloved custom 1970 Plymouth HEMI Superbird, which started life as a genuine R-Code 426 HEMI, one of 135 produced that year. Apparently it raced and wrecked with the long gone original HEMI V-8, the previous owner completed a custom build powered by a 528ci HEMI crate engine, recently tuned to generate over 500hp and mated to a 5-speed TREMEC manual transmission.

Among the many popular Resto-Mod releases at Barrett-Jackson events are the 1967 and 1968 Ford Mustang Eleanor Tribute editions, and Houston’s filing will include three spectacular examples, all officially licensed and “Eleanor” certified. Each vehicle comes with genuine Eleanor certification paperwork, Eleanor body VIN plates and emblems issued by Gone in 60 Seconds LLC, the owner of the Eleanor license rights. Each build is unique, but all three offer fans of Eleanor and “Gone in 60 Seconds” the opportunity to own the car of their dreams.

Known as “El Caballero”, a custom 1969 Chevrolet Camaro Pro-Touring coupe is powered by a 560hp Southern Performance System LS3 crate engine mated to a T56 6-speed manual transmission. Having undergone a no-charge custom restoration, this Resto-Mod rolls on a set of Billet Specialties wheels and is finished with a black exterior and gray houndstooth and black leather interior with German square weave carpet and Alcantara suede headlining.

“The popularity of custom builds and Resto-Mods in the hobby has grown exponentially and in recent years has extended to classic SUVs and trucks as well,” said Steve Davis, president of Barrett-Jackson. “Only at Barrett-Jackson can you find the finest builds, and our Houston file contains many examples, all sold without reserve.”

Among the Resto-Mod SUVs in Houston are a 1972 Ford Bronco finished in Boxwood Green and a 1970 Chevrolet K5 Blazer that’s the product of over 1,500 hours in a complete frameless construction. The ’72 Bronco got a full rotisserie custom build, and the engine bay got a new Gen 3 Coyote engine backed by a 10-speed 10R80 automatic transmission. Its 2-door Chevy counterpart, the ’70 K5 Blazer, is powered by its new 430hp GM LS3 engine mated to a 4L75E overdrive automatic transmission with the stock NP-205 transfer case.

It wouldn’t be a proper Texas auction without several incredible pickup trucks, and Houston’s record is spectacular. “Cinderella” is a custom 1957 Chevrolet 3100 pickup truck powered by a 6.0-liter FiTech EFI LS V8 engine mated to a 4-speed automatic transmission. This custom build by Premier Street Rods features a custom fabricated grille with a modified ’57 Bel Air center, as well as a new bed with removed strings. The silver exterior color derived from a 2001 BMW X3 complements the Ron Magnus gray leather interior with modern lighting and wheel-matched Budnik steering wheel.

For tougher truck buyers, a custom 1972 Ford F-350 pickup with a 6-inch BDS suspension lift fitted with Fox Shox and new 20-inch KMC wheels wrapped in Kanati Mud Hog tires will drive through the block. This truck is powered by a Cummins 5.9 liter 24-valve diesel engine mated to a rebuilt 6-speed manual transmission.

For more information on the Houston auction, click HERE.

Customs, Resto-Mods and trucks to mark the sale of Barrett-Jackson in Houston

The Origins of 10 Street Names in Fairview, Tennessee