Unlike earlier ŠKODA SPORT and SUPERSPORT types, the 110 OHC Coupé is not built on a base chassis adopted – albeit with modifications – from mass production. The car is based on a light but rigid chassis of super strong thin-walled tubes. The front wheels are linked to a trapezoid made up of pairs of overlapping A-arms, with an efficient trailing arm Axle system at the rear. Instead of the leaf spring beams used on production ŠKODAs at the time, the designers opted for space-saving and lighter torsion bars.

By placing the engine behind the front axle and the five-speed gearbox behind the rear “axle”, a favorable weight distribution was achieved, with 48% of the weight on the drive wheels when the car was empty and a 50.3% near ideal. penny balance with a 75 kg rider at the wheel.

The technically advanced and visually appealing powertrain – a naturally ventilated 1100cc engine under the low front bonnet – is also worth noting. It shares its aluminum block and crankcase with the classic 40 horsepower Š 440 “Spartak”, but the twin overhead camshafts, driven by a reliable gear train with its own lubrication circuit, help to more than double output power. Modified combustion chambers increase the compression ratio to 9.3:1, and some of the interesting features that improve both fuel mixture combustion and operational reliability include two mutually independent ignition systems – the German Bosch dynamo and Swiss Scintilla Vertex magnetos. 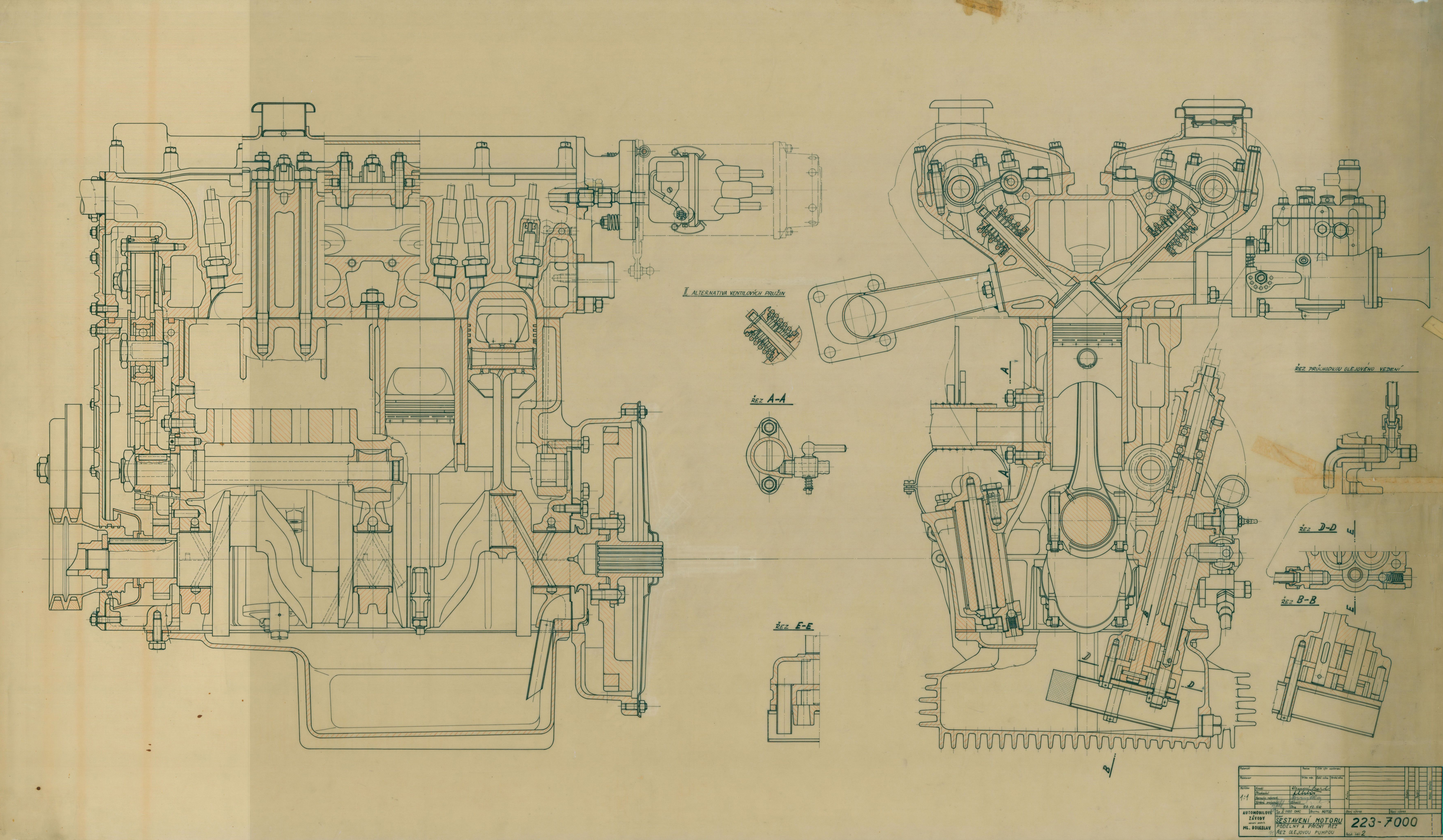 Delivering a maximum power of 92 hp (67.7 kW) at 7,700 rpm and capable of maintaining up to 8,500 rpm for short periods, the engine cooling system is sized for racing circuits. Based on the fixed gear ratio, which was modified to provide a range of 3.73 to 5.25:1 to suit the character of the circuits of the time, the open-top car could reach speeds of up to at 200 km/h. 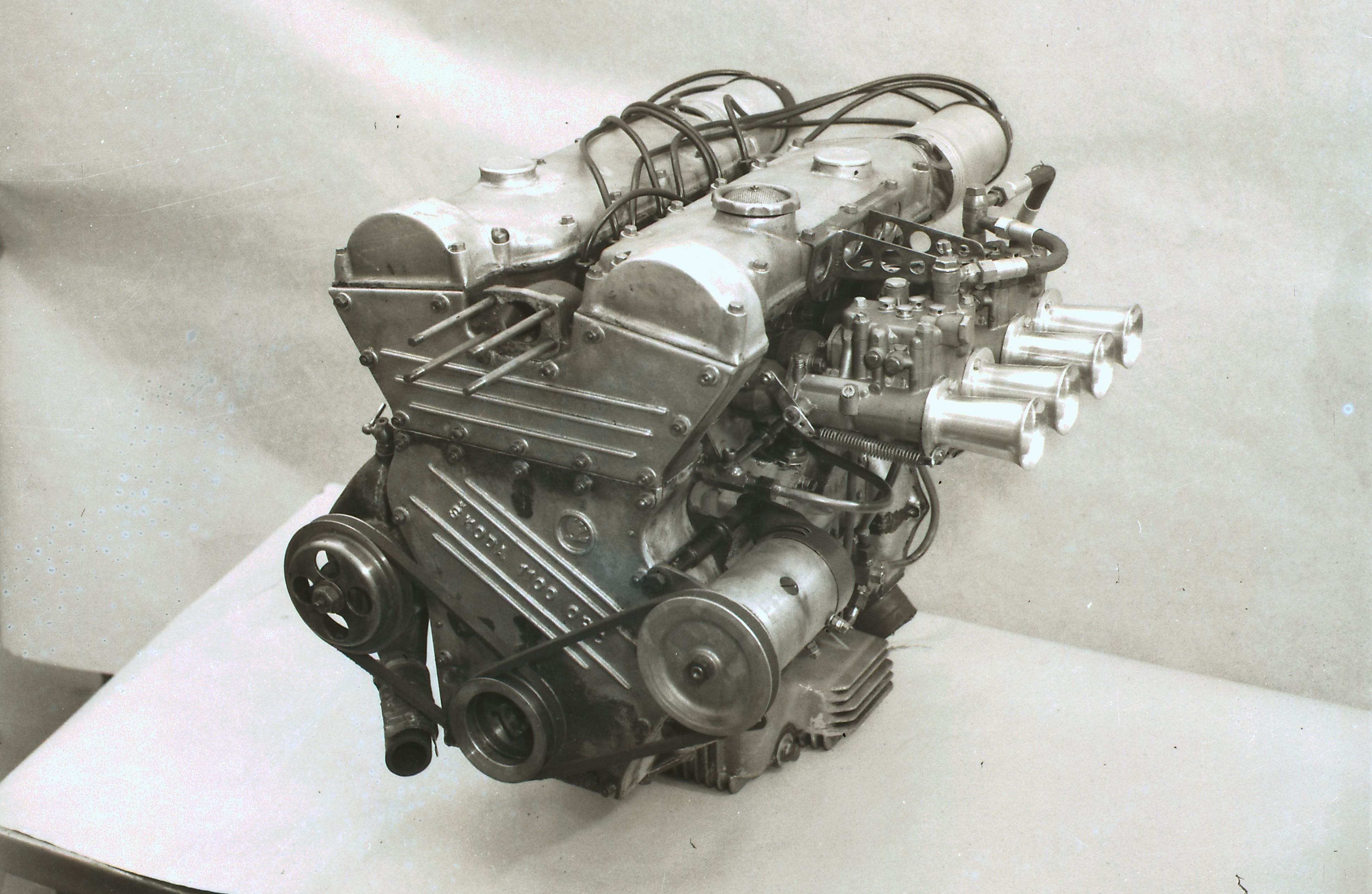