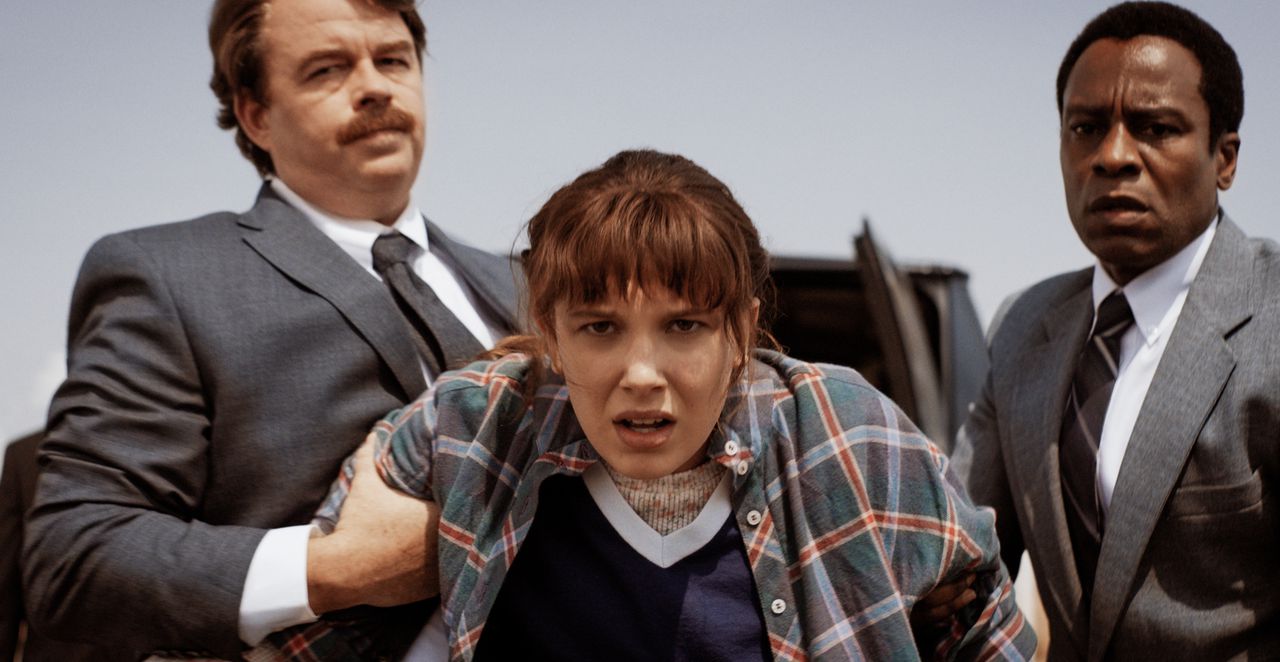 Can you hear it? The synthesized theme song for “Stranger Things”?

The series has been absent for quite a while, since 2019, but the hit Netflix series is soon to return.

Series creators, the Duffer Brothers, recently let fans in on all the details, as well as the final ending to “Stranger Things.”

Turns out it’s going to be a very “Stranger Things” spring. and summer in 2022.

The gang – including Little Egg Harbor actor Gaten Matarazzo, 19, who plays Dustin Henderson – will all be back for more vintage bike intrigue after filming was halted by the COVID-19 pandemic in 2020.

The season four premiere, titled “Chapter One: The Hellfire Club,” will arrive on Netflix just in time for Memorial Day weekend – Friday, May 27, 2022.

After the first five episodes air, there will be a five-week gap.

The second volume of the season debuts Friday, July 1 – sensing a theme here? – before the July 4 weekend. It’s true to tradition – the third season of “Stranger Things” premiered on July 4, 2019. (The first season arrived in July 2016, but not on the holiday weekend.)

In one letter to viewersseries creators Matt and Ross Duffer explained why a two-part rollout was necessary for the upcoming season.

In short: we get more “Stranger Things”, but that means a longer story.

“With nine scripts, over eight hundred pages, nearly two years of filming, thousands of visual effects shots, and a runtime almost twice as long as any previous season, Stranger Things 4 was the toughest season yet, but also the most rewarding one,” they said. “Everyone involved is incredibly proud of the results, and we can’t wait to share them with you.”

“Given the unprecedented length, and to get it to you as soon as possible, Season 4 will be released in two volumes.”

The Duffer Brothers also confirmed that this season brings “the beginning of the end.”

They said the show would come to its final conclusion after the fifth season.

“Seven years ago, we planned the full story arc of Stranger Things,” they said in the letter. “At the time, we predicted the story would last four to five seasons. It turned out to be too big to tell in four, but – as you will soon see for yourselves – we are now racing towards our Season 4 will be the penultimate season, Season 5 will be the last.

“There are still many exciting stories to be told in the world of Stranger Things; new mysteries, new adventures, unexpected new heroes,” the Duffer brothers said in a nod to the upcoming “Stranger Things” spinoff series.

“But first, we hope you’ll stick with us as we wrap up this story of a powerful girl named Eleven and her brave friends, a broken police chief and a fierce mother, a little town called Hawkins and from an alternate dimension known only as the Upside Down. As always, we appreciate your patience and support.

As for the upcoming season?

The show ended with Sheriff Jim Hopper (David Harbour) seemingly killed or trapped behind the Upside Down gate when Joyce (Winona Ryder) shuts it down before leaving Hawkins with her family and Eleven. But we later learn that Hopper is alive, if not well, in a Russian prison/labor camp.

If the teasers and tweets shared by Netflix are any indication, the new season will play out between Russia and California, among others – remember, this is a show about telepathy and an alternate dimension (but also Eggo Waffles and 80s malls and kids who ride bikes and use walkie-talkies for adventures).

Thank you for counting on us to deliver journalism you can trust. Please consider supporting NJ.com with a subscription.

Amy Kuperinsky can be reached at [email protected] and followed at @AmyKup on Twitter.

The Shellfish Commission meets with the CRMC

Rick Ross Names Bull He Bought Thor, Says He Whispered To Him