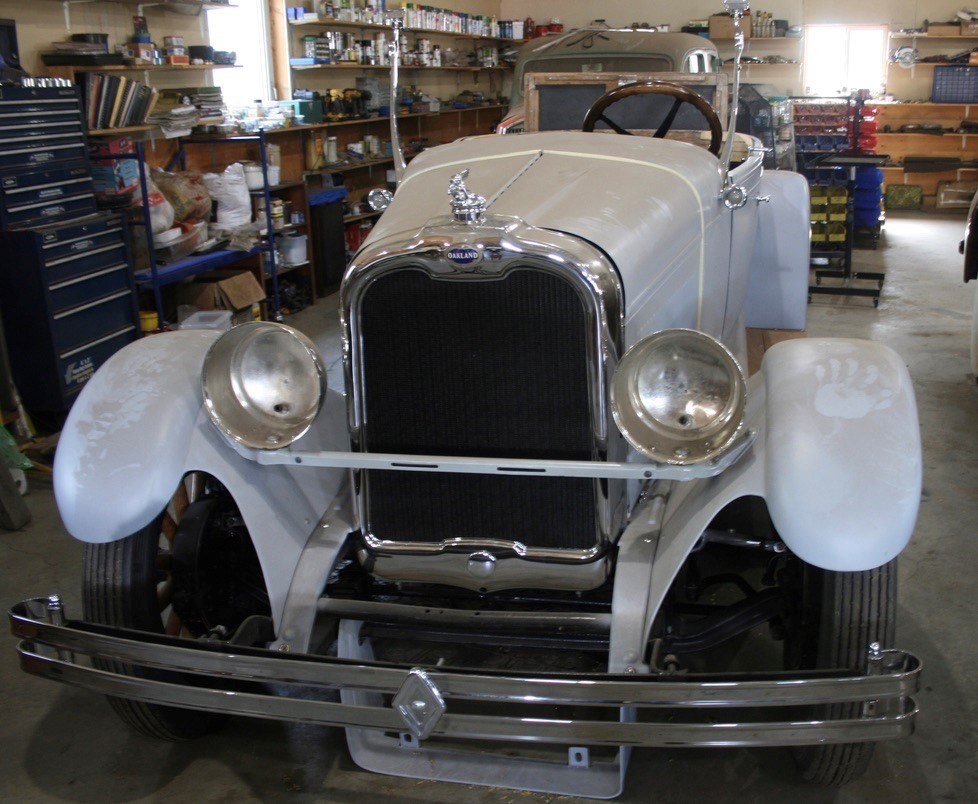 Scotsguard car collector continues to restore one car at a time

Stepping into the Keith Hagen Automotive Buildings is like taking a step back in automotive history.

Stepping into the Keith Hagen Automotive Buildings is like taking a step back in automotive history.

The first of a dozen cars on one side is a 1929 Whippet car, stunning in its restored splendor.

A board with photos stands next detailing its condition when Hagen purchased it in stages of restoration.

When he bought the car for $50, it was saved from the junkyard, like many of his other cars.

Between 1927 and 1931, the Whippet was the third best-selling car in the United States.

Countless hours, patience and impressive rebuilding and restoration skills have brought vintage cars back to life.

On the other side of the building are seven or eight restored cars and a truck – a model his father once drove.

Three cars have been restored as hot rodders with powerful engines, including a red 1933 Pontiac coupe. “I did that for a while and then I came back,” says Hagen softly.

He restored his first car when he was 28, then the restoration was interrupted for 15 years while he was busy as an accountant. When he returned home to Scotsguard to farm with his brother and father, he took up the hobby again.

A few years ago he rented the remaining land and had more time to work on the cars.

In his workshop, a rare gray Oakland from 1929 awaits a complete restoration.

“I better get on it. If you wait too long, the parts will rust.

“It’s the only Oakland registered in Canada.”

The Oakland sold for $1,245 and was considered an average price for a luxury car. The plant produced 50,693 cars last year.

Three rows of vintage cars, each half a block long, sit near the trees. They are in varying condition, ranging from rusty bodywork to good shape.

UNEARTHED: 1935 Bentley stored in a farmer’s shed for 68 years