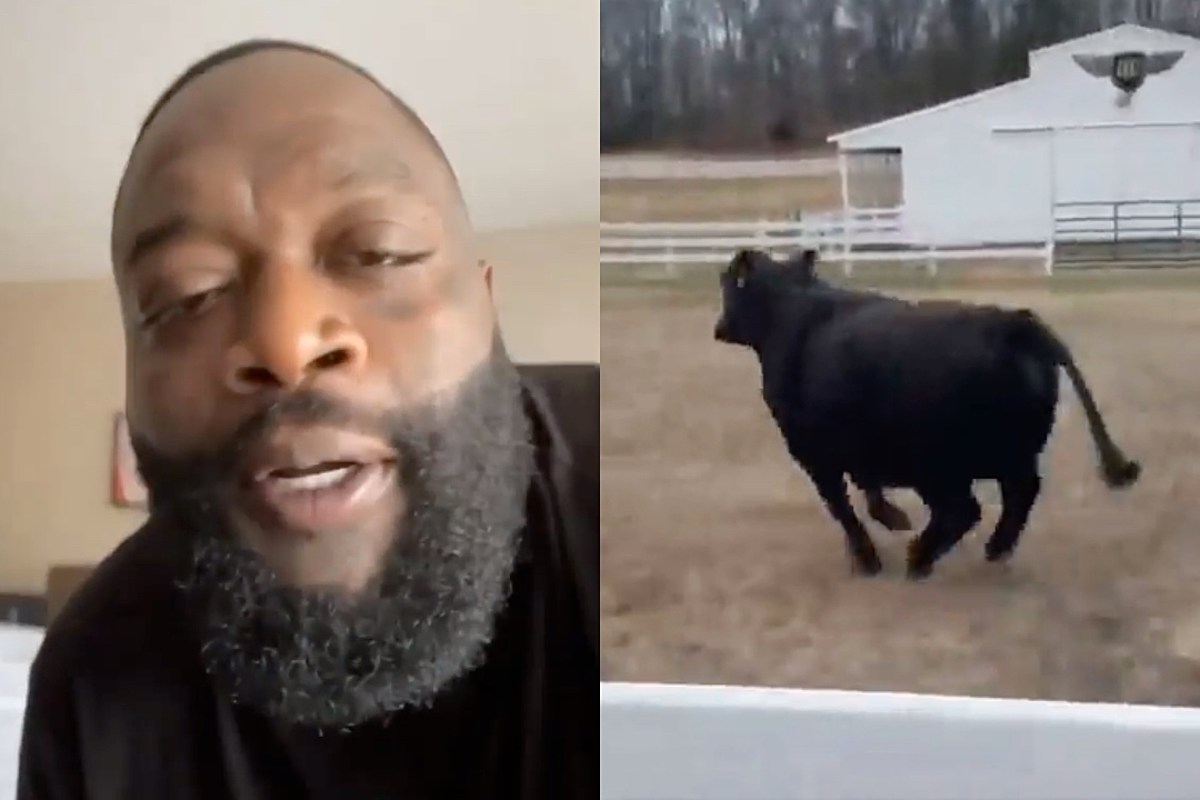 Rick Ross Names Bull He Bought Thor, Says He Whispered To Him

It’s not a bull. Rick Ross has named his recently acquired bull Thor and is also looking to buy himself a buffalo.

On Monday (February 21), Rozay hopped on his Instagram Story to reveal that he named his bull Thor and, oddly enough, the animal whispered something to him in his sleep.

“You all know I just bought a bull last week. A homie of mine called him a steer,” he began. “I just named my ox. I named him Thor. Thor, my first bull.”

The Miami rhymer went on to say that when he fell asleep, Thor appeared in his dreams and whispered something to him.

“While I was sleeping Thor started whispering to me and you see that on the wall?” he asked, pointing to a painting of a buffalo behind him. ” You see that ? It’s a buffalo. Do you think what I think?

Looks like Ross is going to buy himself a buffalo for his glorious Fayetteville, Georgia mansion, which he calls “The Promise Land.”

Last week, the Maybach Music Group honcho shared his joy at owning his first bull and running the animal on his property. Ross also has horses on his farm.

Nonetheless, the “Aston Martin Music” rapper has plenty of room for cattle at Promise Land, which sits on 105 acres of land.

Additionally, Ross has a fleet of old-school Chevrolet vehicles in various colors. Check out his collection of all-black vintage Chevy cars below.