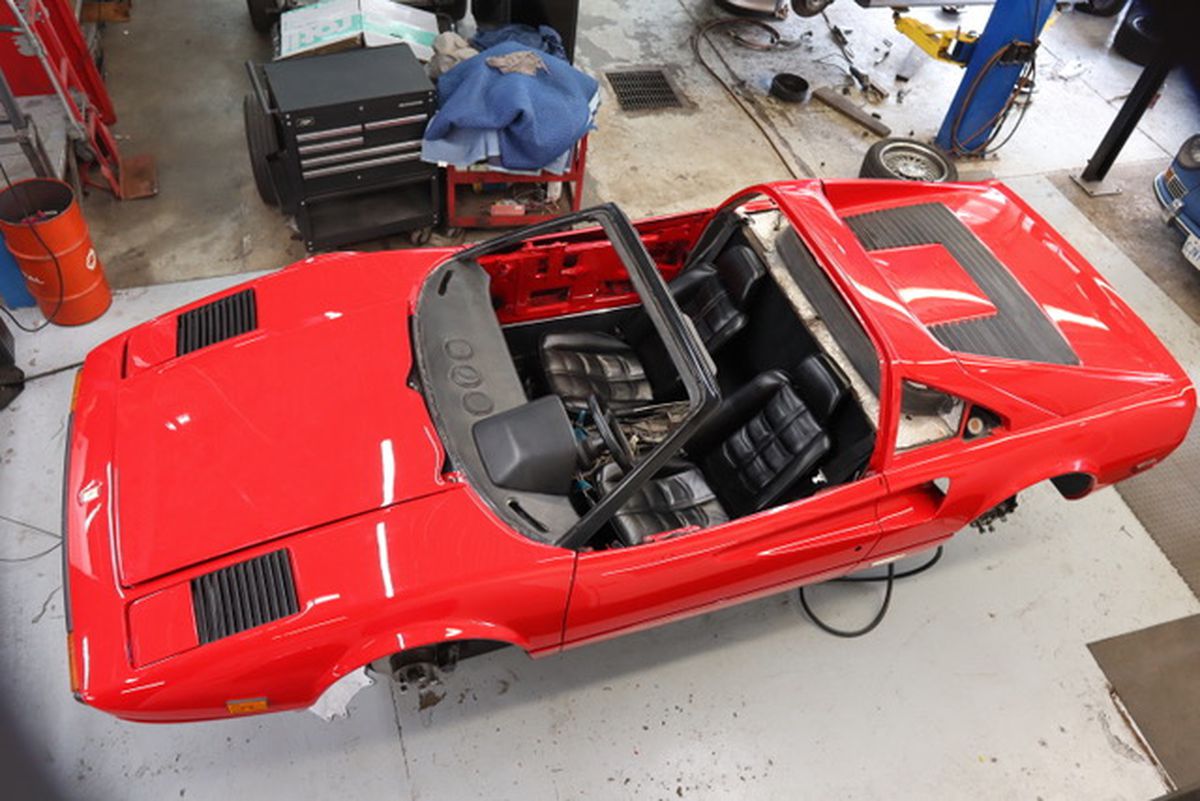 Restoring a vintage Ferrari is so many boring little details

They say it’s all in the details. I don’t know who “they” are, but a truer statement couldn’t have been made by referring to the restoration of a classic Italian sports car. For example, the restoration of my 1978 Ferrari 308 GTS, which taught me a not-so-subtle lesson in patience. Although I have experience repairing vintage cars, nothing could have prepared me for the incredibly temperamental journey this car has taken me on. It’s as if Enzo Ferrari examined all the vehicles around him, deciphered their engineering techniques, and then performed the exact opposite. I also suspect that it was this nature that brought him worldwide fame.

For years, the lowly 308 was referred to as a disposable Ferrari due to the abundance of available cars, parts, and ease of maintenance. But now the numbers have dwindled, genuine parts are scarce, and values ​​have skyrocketed. Classic car insurer Hagerty currently values ​​a same-year Ferrari model in excellent condition at $130,000. In 2014, it was valued at $35,000. But paper values ​​are just that, paper, these cars take a long time to sell for that kind of money. I acquired mine moments before the market exploded. However, I was only lucky. The previous owner was a fellow auto technician who bought the car unseen at an auction south of the border in the mid-2000s. he realizes what he bought. The car drove, but it was missing its complete interior. He spent the next decade searching for missing parts without ever working on the car. When I took over I received the car as he found it mechanically, but now with boxes and boxes of extra parts. The problem is that although he bought the major missing parts like a dashboard, consoles and seats, he couldn’t find the smaller parts. Whoever coined the motto, there’s no cheap Ferrari nailed that one too. Small parts like electrical switches, levers and other trim pieces now cost a small fortune.

I regularly receive requests from readers for updates on my Ferrari restoration project. For those of you who want to see the car up close, you can search my name and Project 308 on the internet and watch over 40 videos detailing its restoration.

For those who only want highlights. The car moves slowly. As inferred above, I’ve been stuck inside for quite some time. So many insignificant little parts are missing, and it led to spending hours browsing the internet, when I would have liked to work on the car.

One of the biggest hurdles lately has been the interior carpet. I found a replica carpet from a company in Denmark, but the translated instructions, not having the original carpet to compare, and the fact that I’ve never fitted a full carpet before made it a big challenge.

Both doors are refitted, the complete suspension and brake systems are also rebuilt, the engine is assembled and sits sideways waiting to be reinstalled. Installing the engine and transmission will be the last thing I do because if I reinstall them now I know I’ll be tempted to take the car for a spin. Which of course means that I will never be able to finish all the little details. I am convinced, however, that 2023 will be its first year.

Answers to your automotive questions

I recently purchased a 2021 Chevrolet Suburban with the 6.2 liter V8. I don’t know what would be the best fuel to use. In fact, there are two questions:

Only a few gas stations in the Toronto area supply 93 or 94 octane. Shell in the area only goes up to 91. 93 is harder to find outside of Toronto.

Is ethanol really that bad for the engine? Aren’t they designed for that?

Will I get better fuel economy on a 91 without ethanol because gasoline contains more energy than ethanol?

We also pull a trailer in the summer. I thought a good strategy might be to use 93 or 94 in the winter when the ethanol would act as fuel antifreeze, and 91 in the summer when I need a boost of energy to pull the trailer. What are your thoughts?

From what I understand, the 6.2 liter General Motors engine has a higher compression ratio than the smaller 5.3 liter power plant, which requires the use of premium fuel only in the 6.2. As the manual suggests, 93 is best, but as you’ve discovered, different providers have different premium ratings, which can be confusing. In your case, the list of gas gates at 91 is there as the minimum rating required. 91 is going to be fine for everyday life. The fuel economy differences between 91 and 93 are rated at 0.5%, which I think is optimistic.

Opinions vary widely about ethanol and there are several issues with using ethanol, but I usually only think twice for vehicles that sit idle for long periods of time. Ethanol is hygroscopic, meaning it absorbs moisture, and of course moisture in fuel is undesirable. Owners of vehicles that sit for long periods of time should try to avoid ethanol-based fuels. Otherwise, avoiding ethanol fuel altogether is a notable task given that nearly 90% of North American fuels contain ethanol.

Freezing fuel lines are rare today, so I wouldn’t worry about them during the winter. I assume you paid the extra for the 6.2-liter engine for its extra towing power. So I suggest you use higher octane fuel when you are about to tow a heavy trailer.

When I fill up at a gas station and want to buy a premium or mid-grade gasoline blend, I have to pump gasoline from the same hose no matter which blend I select. Because the vast majority of car owners buy the cheapest mix, I probably get a pipe full of cheap gas and pay top dollar for it. When I’m done pumping, I leave a pipe full of expensive gas for the next one. Not only that, but I put extra ethanol in my car, which I don’t want. It bothers me that the oil companies do that. It’s probably not that important, but it’s still annoying and irritating. How important is that? Is this a big problem?

The fuel hose holds about a liter. If the average subcompact vehicle is about 50 liters, the ratio of regular to premium is 1:50. Yes, I imagine it can be annoying and everything you said is correct. However, unless you ride a motorcycle with a small tank, it doesn’t matter.

I’ve never given much thought to this before, but I imagine if you pay upfront and let the pump turn off when it reaches the specified amount, you can keep the nozzle open, which hopefully allows it -the, to drain the contents of the hose also in your vehicle.

Lou Trottier owns and operates All About Imports in Mississauga. A question about maintenance and repair? E-mail [email protected]by placing “Lou’s Garage” in the subject line.

Looking for a new car? Discover the new Globe Drive Build and Price Tool to see the latest rebates, rebates and rates on new cars, trucks and SUVs. Click here to get your prize.