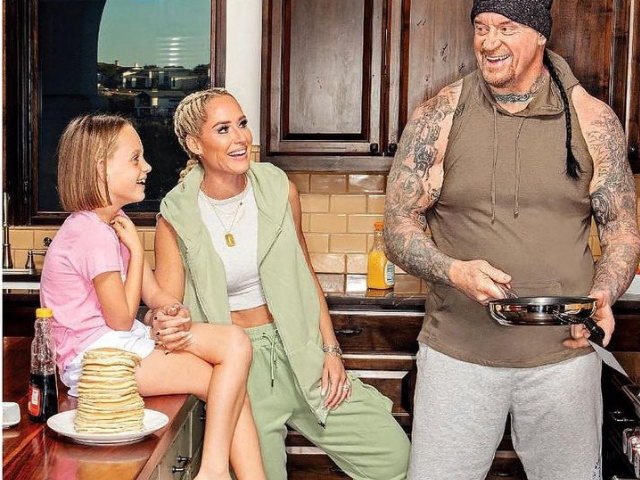 Rare shots of the milestone birthday of Kaia, the daughter of The Undertaker

Mark Calaway, aka “The Undertaker”, had one of the richest careers in professional wrestling. “The Deadman” retired in 2020 after a 30-year stint in WWE spanning multiple eras. Since retiring, he has spent more time with his family. His wife Michelle McCool recently shared photos showing The Undertaker celebrating their daughter Kaia’s birthday.

The WWE Hall of Fame was very protective of his character when he was an active performer and rarely made public appearances. In fact, in 2018, he created an Instagram account, leaving most of his fans stunned.

Since then, fans have been able to get a glimpse into the life of the person behind the most iconic characters in pro wrestling history.

Calaway has a good bond with his family and a recent Instagram post further underscored his love for his children.

In the post, ‘The Phenom’ poses with Kaia in multiple shots.

Fans can’t get enough of this “feared” side of the Undertaker. After years in the shadows outside of WWE, ‘The Phenom’ is finally showing his other side to his fans.

The WWE Hall of Famer is now posting about his life on social media these days.

No matter how many times fans see The Undertaker casually posing for photos with his family, it will always be a surreal feeling for most.

The Undertaker teased a return to the ring

Although The Undertaker retired in 2020 and was inducted into the WWE Hall of Fame Class of 2022, he teased fans about his return to the ring.

During his Hall of Fame speech, he recalled moments from his wrestling journey and thanked his family, friends and fans. But at the end of his speech, “The Deadman” took a look at his various outfits throughout his career and said, “Never say never,” leaving fans in a frenzy.

This tease got everyone talking since he couldn’t wrestle in front of a live audience one last time.

At present, The Undertaker appears to be happily retired, but fans wouldn’t mind one more match involving one of the all-time greats.