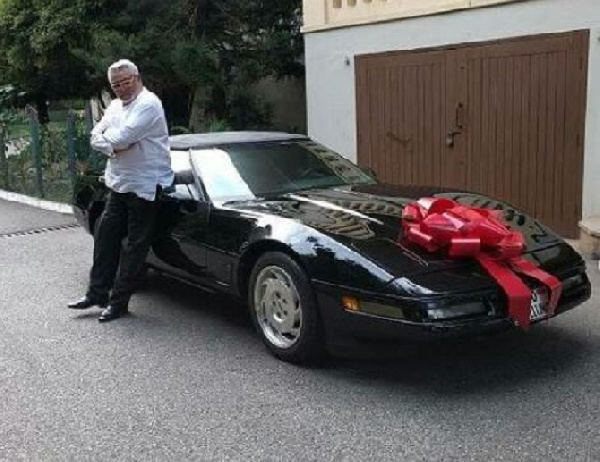 Jerry John Rawlings poses next to the car

The former president, Flt. Lieutenant Jerry John Rawlings was known to love a lot, including people, which was universally evident through his charisma.

The late statesman was also found to be fond of animals upon his death, as revealed in a tribute read by one of his daughters, Amina Agyeman Rawlings, in memory of his father.

â€œFrom Jack Parlance, your rooster to the wild geese who always think they own your home, to your doves, hawks and your many dogs to name a few.

“It’s no wonder that by the time you left your dogs gathered around your usual seat, howling until they finally fell asleep from exhaustion,” she added. in his farewell tribute.

Now, new photos have emerged of the close-up looks of a vintage, black, door-to-door sports car of the late Jerry John Rawlings.

In a post shared by @autochecker on Instagram, he shows the former president in company with AutoChecker workers, handing him the vintage ride.

The 2017 post shows even better close-ups of the car, with its big red ribbon tied to it.