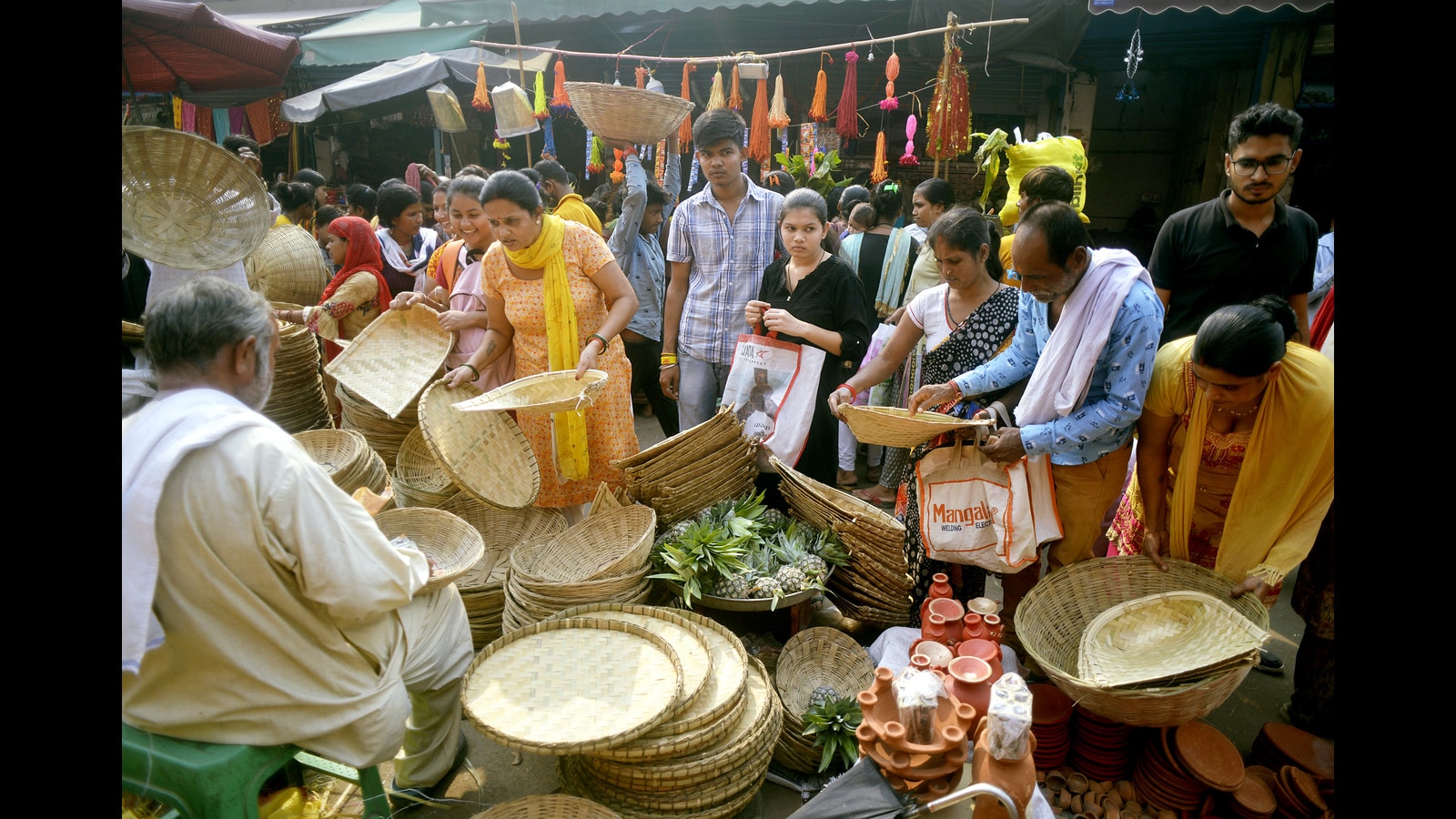 Marketplaces in urban India have largely metamorphosed into glitzy malls or mini-supermarkets these days. Yet the traditional, earthy, rustic, weekly sabzi mandis and rehri markets continue to thrive, thrive and proliferate.

The small vendor has learned the ropes of modern payment methods and has even adopted scanners and UPI numbers, to ensure that no customer strays from their booth. The competitive nature of the markets has not seen any changes, and if so, the scenario has become even more edgy.

During recent visits to traditional towns like Ranchi, Varanasi and Pune, I experienced the sights, sounds, smells and tastes of traditional bazaars after many years. While wandering aimlessly one morning, I found myself surrounded by several fruit, vegetable and street vendors. The sheer variety of wares, colors, smells and textures before me and thousands of other visitors was breathtaking and utterly exciting.

An old lady with glasses, who looked rather poor and possibly from a tribal community, caught my eye. His “shop” consisted of a small cloth and a makeshift blanket. It was the home, temporarily, of some gooseberries, peanuts, English apples and her.

A quick analysis of the situation told me that her slightly better-equipped and more business-savvy neighbors would kill and leave her behind. Not a single customer seemed interested in his rate. Acting as a manna from heaven wasn’t on my to-do list that morning, but I was happy to buy her some stuff and leave her some encouraging words. Although she barely understood me, she smiled slightly and I felt a little fired up that I had improved her spell, however slightly.

The endless hustle, bustle and buzz of traditional markets across India cannot be replicated by any seven star mall. Prominently there will be peddlers, gawkers, time wasters, serious shoppers, entertainers, juice wallahs, serious sellers, opportunists, cops and thieves too. Sometimes there will be cacophony and chaos. There will be bored children and spouses. Stray cattle, captive horses and doggies of all kinds may also be present. Haggling, jostling, arguing, scolding, smiling and even romance are some of the common activities that will prevail in these bazaars. An avid writer will easily find plenty to savor, paint and describe.

Yet the high-flying mall culture has also made its mark. Unassuming malls can be found even in the smallest towns. Large, high-end malls usually appear in metropolises. The pure flavor of human dynamism that is palpable in an old-fashioned market will take time to develop into these gigantic monsters, however. With the exception of the creamiest layer, everyone will frequent these malls, to splurge, to dine, or to date. But without the Indian vibe, which this column mentioned earlier, malls will remain antiseptic palaces detached from innate Indianness.

Americanism has been an essential component of these malls from the beginning. Aunts and uncles who have never tasted bagels before will nod when their offspring offer them. But something tells me they prefer to enjoy kachauri chana down the road! Yes, the mega malls attempt to offer all the traditional Indian offerings, but the roadside kulchas at Shyam ji will still be beaten!

The coexistence of the modern and the traditional is always the key to the evolution of humanity. Yes, the ancients like the postman, the telephone operator, the banker and the delivery man have seen their ways of working radically change, but tradition cannot be entirely replaced by modernity.

The economy is very dependent on small and medium-sized enterprises or MSMEs which often continue to thrive on age-old mores and ways of working. Hopefully the smallest shopkeepers, fruit sellers or gol gappa wallahs won’t be shattered by the gargantuan wave of technology-enabled commercialization.

The ordinary Indian, the man still on the street, even the delivery man Zomato, must be able to dream and prosper in his own way. By allowing smaller businesses to thrive, India will do just that.

Mini Recharged Heritage first drive review: Carrying on the past