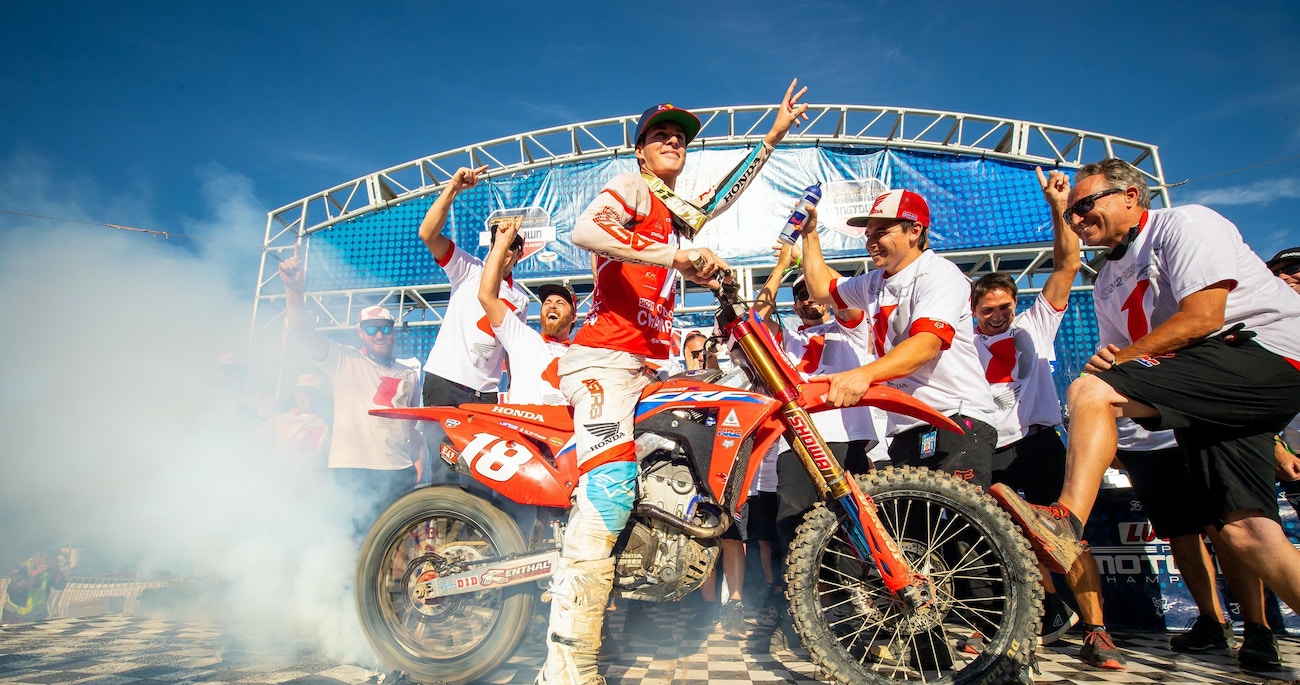 We’re now entering an offseason that really started in May when it was announced that Eli Tomac and Monster Energy Kawasaki were going their separate ways, and now officially includes Malcolm Stewart signing with Rockstar Husqvarna and Red Bull KTM veteran Marvin Musquin going SX. – only in ’22. Jeremy Martin returns to Monster Energy / Star Racing Yamaha, Justin Bogle separates from Rocky Mountain ATV / MC / WPS / KTM team after three years, Guy B. calling him a career at Vital MX, followed by Michael Lindsey the caller leaves with his FXR Chaparral Honda and returns to Vital MX as content manager (and congratulations to Steve and Michael on this news), as well as the very likely official announcements to come that Tomac is joining Star Racing Yamaha and Aaron Plessinger signing with Red Bull KTM… We probably missed a few there, but you get the point, the offseason and the real season never really end, they just get mixed up!

Back home in Morgantown, West Virginia, we take the offseason very seriously – we’re all going to High Point Raceway this weekend for the annual Big Dave’s Vet Homecoming weekend, which features a PAMX race, a vintage motocross, an off-road mini-GNCC, a show of old bikes and equipment, pit bikes, Stacyc races, karaoke, roadworks. I was there all day with MX Sports’ Tim Cotter and Derek Garcia and Racer X Brand Manager Ryan McCleod and others working out the track and setting things up for what should be a very busy weekend. fun on the track… What they’re all really about, right?

But let me end this introduction on a sad note. A aptly named man Tom Hudson has died in Texas in an accident on the farm of his daughter Jackie and her husband Andrew Short. Known to many as “Subway Tom” because he owned restaurant chain franchises, Tom had been passionate about motocross forever. He helped his daughter Jackie in her WMX career, then followed Andrew’s career after they met. He was helping raise his grandchildren and just enjoying life on a Texas ranch when this tragic accident happened earlier this week. Godspeed, Tom Hudson, it was a pleasure meeting you and calling you a friend.

As soon as I walked through the door after a red eye flight back from Hangtown, I packed my bags and grabbed my wife so we could head back to the airport. We were going to Rome, Italy for a KTM event. The event was supposed to be secret but everyone knew it was a retirement announcement for Tony Cairoli. Rumors persisted, however. Couldn’t they just announce Tony’s retirement during a race? Were they planning a big shindig in Rome to announce something huge? Maybe a rebranding, or maybe come to the United States in 2022? Marvin Musquin’s new 2022 contract is only for supercross, maybe Tony will find a place next summer?

Well, it turns out that this big event was really just for Tony to announce his retirement. It is a great token of respect from KTM to organize a gala in Rome, far from the circuit, at a rooftop restaurant just off the famous Spanish Steps. Tony will continue to ride including testing for KTM and, yes, he wants to do some national motocross championships in the US next year. It’s not the full-time 12-round title assault that many have been hoping for, but it will be a lot of fun to see how he does if he does show up in America next year.

We weren’t in Rome to look ahead, however, we were there to look back on Tony’s incredible journey with 93 GP wins and nine FIM Motocross World Championships. He and his racing team De Carli switched to KTM for 2010, and the all new 350 SX-F, and immediately started winning. This proved that the new generation of motorcycles, with fuel injection and (finally) a rear suspension linkage, were capable. KTM Motorsports boss Pit Beirer believes Roger De Coster won’t even consider coming to KTM if Cairoli doesn’t start to dominate GPs on orange motorcycles, to begin with.

The relationship between Cairoli and KTM has been long and successful, but now the team has another generation of racers with Jeffrey Herlings in his prime and Jorge Prado entering his own. From what I could assume, there were a lot of people with three A-List contenders, and there were rumors that Prado might go in search of a new home. They can’t let that kind of talent slip away, so it becomes the focal point. Maybe Tony could have switched brands within the KTM group, but that wouldn’t make sense after all the success he’s had with the De Carli team, which will remain a KTM team with Prado.

Beirer, the boss, thinks it’s a good way out, with Tony still very competitive and even in contention for a tenth world championship. In a way, it sounds like Musquin’s chord for ’22. KTM’s real warhorses will now be Cooper Webb and the new Aaron Plessinger. KTM will bring Marvin back for the supercross, but it will ultimately be the Plessinger and Webb show, just as it will be Herlings and Prado in MXGP. Riders like Cairoli and Marvin might find a way to stay a few more years and collect paychecks, but I think KTM would rather they retire in orange.

So these are the racing stuff. I learned much more than that. I met Tony and his wife Jill, who are all classy. Prado was there too, and he’s hilarious, honest, and full of energy.

Our dinner table consisted of leading MXGP journalists, Adam Wheeler, Lewis Phillips and Ray Archer. Dirk Grubel, director of the Red Bull KTM team, also decided to sit at our table. We ran around the bench for hours, perhaps the most informative conversation I’ve had in the whole year, cramming so many MXGP stories, characters and personalities into one evening. When you consider the ties that unite the races – Dylan Ferrandis, the Lawrence brothers, Ken Roczen, Max Anstie and American riders like Webb, Musquin and Justin Barcia trying out different configurations of KTM GP teams – there is no shortage of things. . It was fascinating. Really my only regret is not being able to stay a few more days to attend this weekend’s GP in Sardenga, but I have already booked for a concert this weekend covering the MotoAmerica road races in Barber, in Alabama.

I left the event with some new acquaintances. First of all, Cairoli will be defined as much for his class and his character as for his success in the race. Second, KTM is in a second decade of major racing successes, and it is a challenge to ensure that the pioneers are honored properly. Why not just announce Cairoli’s retirement at a GP this weekend? Because that wouldn’t be classy enough. We saw things get a little tough at the end for Kailub Russell trying motocross this year, or with Ryan Dungey’s foray into ownership (briefly) with a Honda team. (Ryan is back on a KTM now.) KTM wants Tony’s racing output to be only good. Third, I learned how really cool the characters in the GP scene are. The fourth and most obvious element is how amazing Rome is as a city. We Americans may think of America as the hub of the world, but when you realize the scale, power, and reach that the Roman Empire once commanded, you realize that we are just tiny pieces of the world. a much larger story. Maybe I’ll write a little more about it next week. For now, I am leaving for another race, just like Tony Cairoli. Ciao!