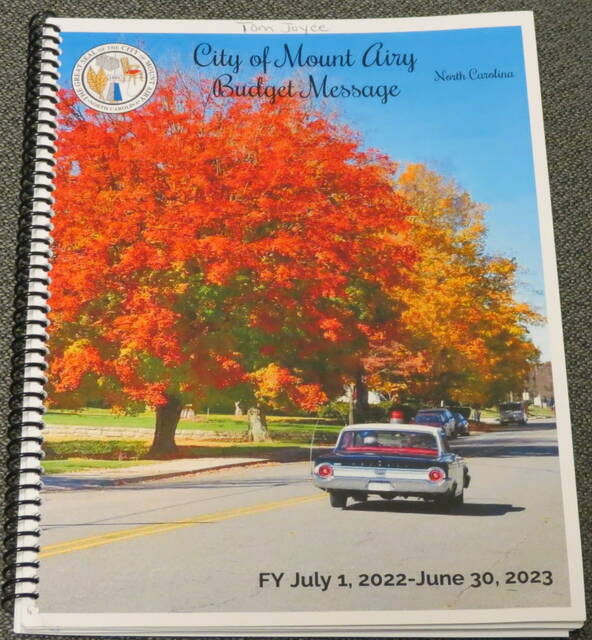 Although Livia Livengood is a career educator who can speak four languages, her multi-talented background established over the years did not include being an expert baker.

However, that has changed in recent months with the Russian invasion of Ukraine, which has been accompanied by the local resident spending a lot of time around the oven in addition to her teaching job at Mount Airy Secondary School.

Livenwood, originally from Romania, was so touched by the plight of Ukrainian refugees that she started baking and selling bread from her home’s kitchen to help them financially. And at last report, that effort had generated more than $12,000 — including 142 loaves as of Monday afternoon.

“I just wanted to do something to help out,” said Livengood, who worked in high school for 16 years, currently teaching Spanish.

Although her bread-making charity project coincided with the Russian attack on Ukraine, she wasn’t exactly a newbie in the baking department, though it was a relatively recently acquired skill.

“I’m not (a baker by tradition),” Livengood said without hesitation, explaining that adopting the role stemmed from her own family’s needs in the wake of the pandemic.

“You didn’t know if you were going to find bread in the store,” she explained.

So, after the Ukrainian invasion, Livengood naturally turned to her new cooking abilities to help refugees, initially generating a net sum in a week via this method for a UNICEF program. “I was surprised to raise $400.”

Previously, she and her 16-year-old daughter Laura baked bread together to provide agility items to a local dog park run by Rotary Club members.

Livengood’s Ukrainian attendance grew a bit after seeing refugees up close and personal rather than such random individuals on television.

This happened because some fled to her native country, Romania, located in the same part of the world as Ukraine, who struck a chord with the local woman upon seeing them.

A German pastor from a church in Romania who initially cared for 17 refugees, including a number of children, posted a photo of the group. “He puts them in the German parish church,” Livengood said.

“I saw the children and I thought, ‘I have to do more for the children,'” she added of expanding her Ukrainian aid efforts, noting that many worthwhile organizations provide assistance.

“This pastor is the brother of one of my best friends from high school,” Livengood explained. “He didn’t even ask for help, he just posted the photo, and I was saddened by it – I just wanted to do something to help.”

Consumer prices are much higher in Romania than here, according to the Mount Airy High teacher.

“Everything is double there,” Livengood said, including a $2,000-a-month electricity bill where the refugees were housed. “I don’t know how people survive and get by, it’s so expensive to live.”

Thousands of dollars have been spent just to bring in refugees from Ukraine.

Livia Livengood suddenly found herself juggling the job of teaching at Mount Airy High School with a growing side business of baking bread, which certainly implied a marketable product, given her previous success in baking. fundraiser for UNICEF and the dog park. “Everybody loves bread.”

This would eventually include baking four to six loaves a day in her kitchen at home. “It’s yeast bread,” she said of the product at issue. “It looks and tastes like sourdough.”

The process isn’t as easy as it sounds, with the bread dough having to be put together at the end of each day, Livengood advised. “And he gets up during the night.” The dough should also be kneaded, baking being done in the morning before the teacher comes to school.

There was one occasion when Livengood overloaded his oven and nearly set the house on fire. “It was a bad idea,” she admits, which also involved burning the four loaves that were baking at the time.

Her family have been very understanding about the business, she said, which in addition to her daughter includes husband Rob and son Luca, 14.

Livia and Rob met in 2001 while serving overseas with the Peace Corps. She came to Mount Airy in 2004.

“I’ve been teaching high school for 16 years,” said Livengood, who in addition to teaching Spanish now, also taught German for a few years. On the whole, she speaks these two languages, plus English and Romanian.

After operating at peak production, the baking operation has gradually scaled down from four to two loaves a day and now around two every other day.

“The response has been very overwhelming — in a very positive way,” Livengood said of the bread-making campaign. The process of ordering/selling breads was done through a Facebook page she maintains to help Ukrainians.

This has been bolstered by the many followers she has accumulated over the years, including former students and others. “I have quite a few followers, which helps.”

A suggested charge, or donation, for each loaf is $20, with the option to pay more – due to the added motivation of helping oppressed people rather than just getting your money’s worth.

Besides its sales, contributions to help Ukrainians have taken other forms.

Livengood mentioned attending a charity event to promote her cause earlier this year at Miss Angel’s Farm. “A complete stranger gave me $500.”

Meanwhile, Donna Bailey baked cinnamon rolls to support the fundraiser, and Harlan Stone baked a few loaves of bread for the effort.

Among other helpers, Pamela Hicks raised $1,000 by donating two of her paintings to Ukrainian fundraising, including hosting an online silent auction that saved Livengood time. She also thanked Mark Walker and Stanton Denman for obtaining the paintings, as well as an anonymous donor who contributed $400.

“People have given so much,” observed the teacher/baker. “The generosity of people has been incredible.”

All the money goes to the church in Romania.

Livengood stressed that refugees will continue to need rent and other support as they settle into new homes and she plans to maintain her bread-making business indefinitely.