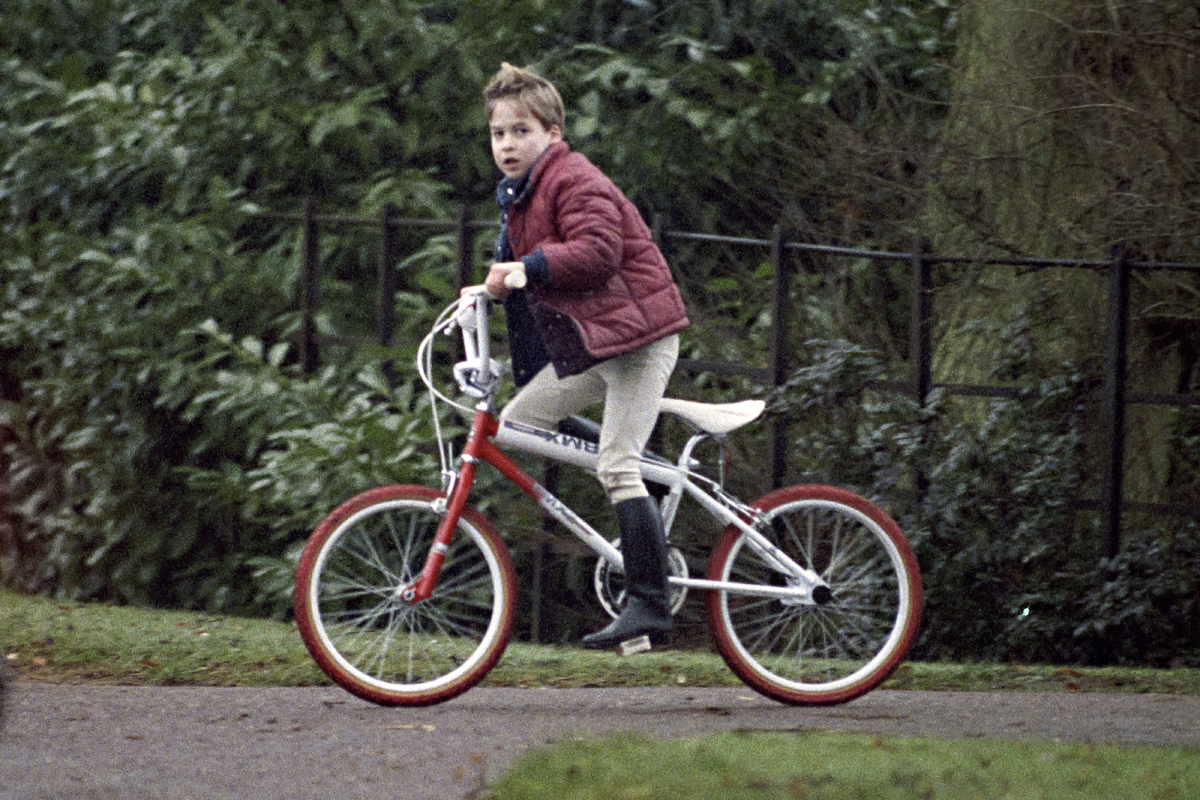 A series of previously ‘forgotten’ photos featuring a young Prince William alongside his brother Prince Harry and his father Prince Charles have just surfaced and royal fans can’t help but analyze each one. they.

In one of the photos that have Royal Family fans excited this week, a young Prince William is seen riding a bicycle in the 1990s while wearing a dark red Parker jacket and riding boots. For the very first time, the Duke of Cambridge is compared to his own son Louis, who is now 4 years old.

Many have specifically called a now infamous photo of Prince Louis on the balcony of Buckingham Palace taken during the recent Jubilee to describe the father-son resemblance. In the image, the young royal is also riding a bike and clearly looks like his father.

Interestingly enough, just a few days ago, a birthday photo of Prince George taken by Kate Middleton made fans see double as they noticed the royal resemblance to his father William, second in line to the throne.

On their official Instagram account, the Duke and Duchess of Cambridge posted a photo of their son the day before he turned nine on July 22.

“George is 9! 🎂🎈,” the social media caption simply captioned, alongside a photo of the future king beaming while wearing a sky blue t-shirt and looking relaxed.

“He looks like William to me!” a fan wrote in the comments section of the social media platform. “Handsome boy. Happy birthday PG 🎂.”

“What a fantastic photo!” someone else wrote. “George looks so much like his father. 💙”

In another recently unearthed photo from the 1990s, Prince William is seen riding a bicycle again, this time alongside his father, Prince Charles. In the photo, Prince Harry sits behind his father as the family walks around their Sandrigham estate.

Any photos featuring members of the royal family are getting some well-deserved attention, but there’s something to be said for these vintage snaps that remind everyone of how things used to be. Here’s hoping the trio will be seen cycling together again in the near future.