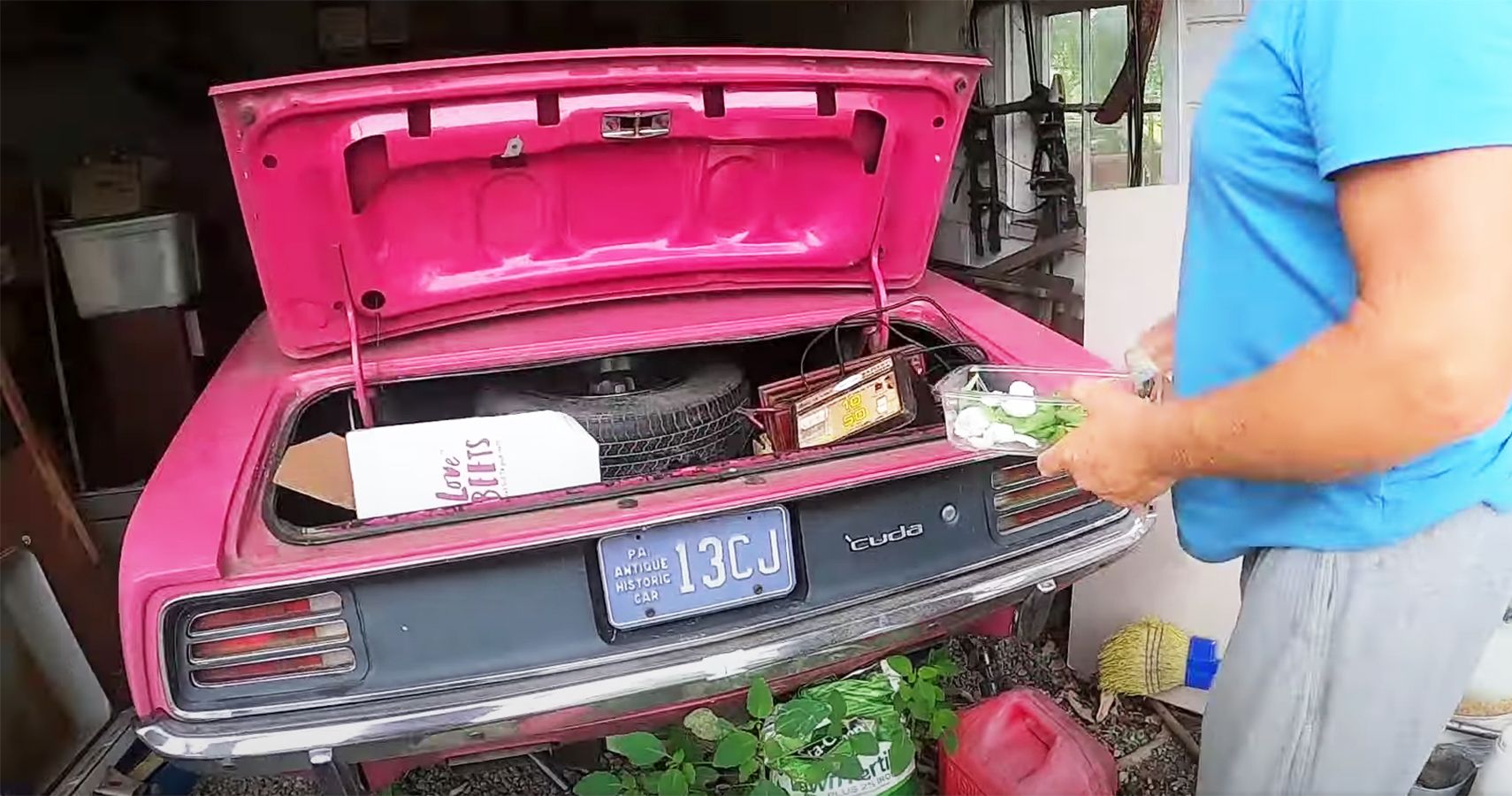 Junkyards and Barn Finds with Sean finds this classic muscle car in a striking panther pink paint job and speaks with the owner about the car’s history.

Finding classic cars hidden away in a barn or garage for decades is usually the delight of gear heads and car collectors. Of course, some collectors would prefer to have a classic car or a vintage vehicle that remained intact with original parts mostly intact.

Still, there’s no guarantee that every barn find would produce an essentially original classic. Indeed, current or previous owners of the car may be crew chiefs who like to tinker with their driving. This is the case of the owner of this 1970 Plymouth Barracuda in Pink Panther finish, which YouTuber Junkyards and Barn Finds with Sean recently featured on his channel.

In possession of the owner since 1985

This 1970 Plymouth Cuda sat in the garage of a private home in southeastern Pennsylvania. John, the owner of this Panther Pink Cuda, told Sean that he had owned this classic car since 1985. The Cuda was his first car; purchasing the then 15-year-old vehicle while still in high school.

RELATED: This Is How Much A 1970 Plymouth Barracuda Is Worth Today

Since John’s father and brothers were Chevy guys, owning Corvettes and Camaros, he eventually decided to become a Mopar guy. He added that the Plymouth Roadrunner B-Body and then-rare Hemi engines inspired him to choose Mopar.

According to John, he actually holds the T title for the 1970 Cuda. That means he was the 20th owner from nine. However, the car has since never changed ownership. When he first acquired the Cuda, he already had around 62,000 miles on it. According to John, its previous owners used it for strip racing.

John was actually a team leader who loved tinkering with his car. He had modified his 1970 Cuda to his taste and preferences. Some of the changes he made were mechanical. For example, the Cuda originally had a 340 ci engine and a four-speed manual transmission. However, John’s need for speed was insatiable, so he removed the stock engine and transmission and replaced them with a high-performance 440-ci big-block engine and automatic transmission for faster gear changes.

In addition, he also installed some parts from the 1971 Barracuda and overhauled the entire interior. When John made the purchase, the Cuda was finished in red. Not wanting to make it look like a Camaro, he avoided green and painted the car Pink Panther. John, however, is not selling his Cuda to anyone as he would prefer the car to be passed on.

Source: Junkyards and Barn Finds with Sean on YouTube