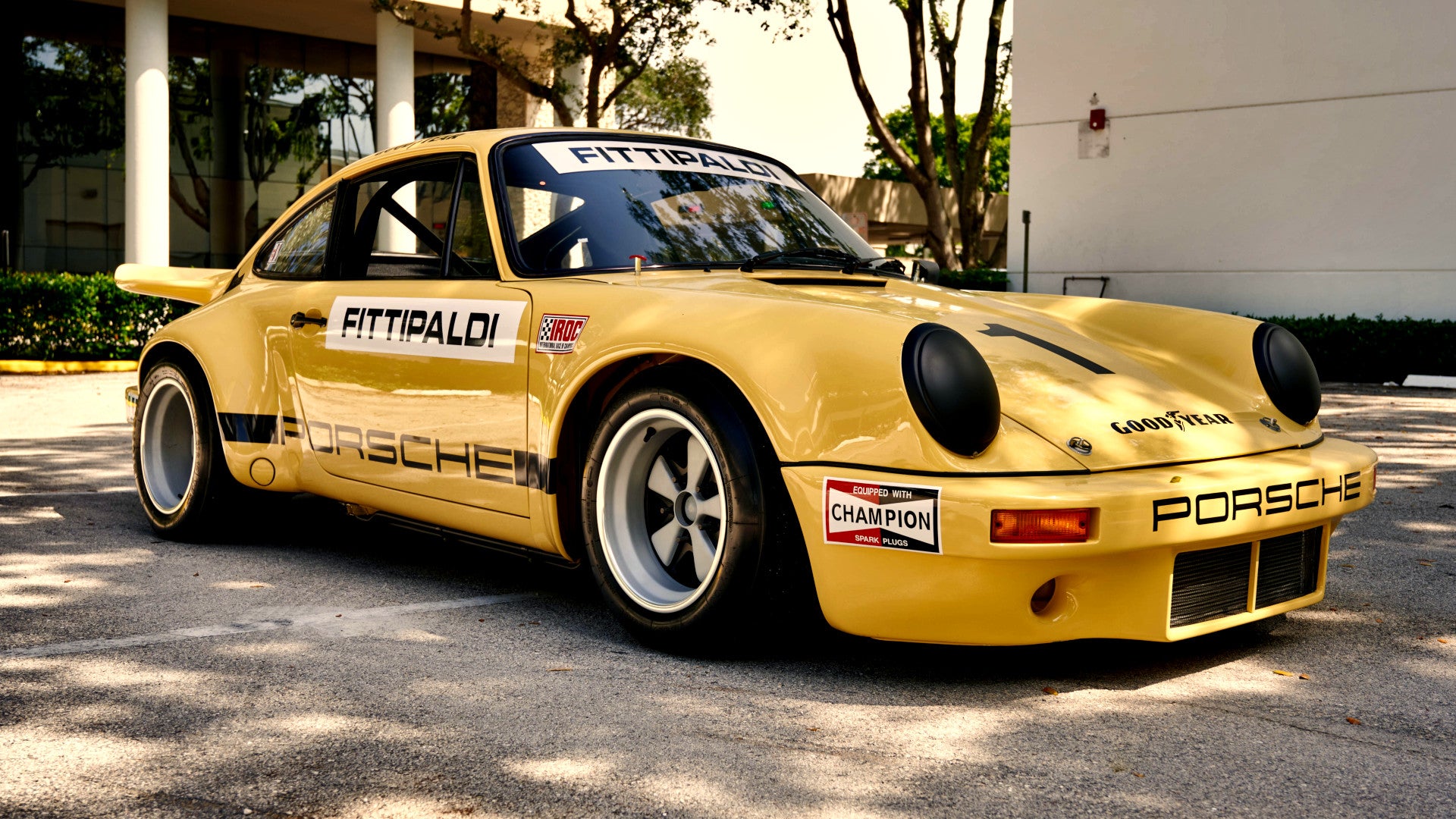 When it comes to 1970s Porsches, the options for the discerning collector are rich and varied. There is a whole cavalcade of models with rare factory options, obscure colors or a lore rich in history. However, there aren’t many examples that have been run by Formula 1 world champions as well as internationally renowned drug lords. However, the Collecting Cars auction house will soon be selling one of these cars.

The vehicle in question is a 1974 Porsche 911 Carrera 3.0 RSR IROC. Originally built for the 1974 International Race of Champions, this specimen was owned by Roger Penske and was first driven by Emmerson Fittipaldi. The Formula 1 world champion qualified the car from pole position, eventually finishing the event seventh. The vehicle was then sold to private pilot John Tunstall who competed in the 24 Hours of Daytona and 12 Hours of Sebring.

From there, Tunstall sold the car to Pablo Escobar, who took it to Colombia. The famous drug lord piloted the car, which wore a Porsche 935 body before it was brought back to the United States in the early 1990s. The car was then revamped with its original body and then made undergoing a complete restoration, completed in 2010.

When it comes to old Porsche racing cars, one could do a lot worse than this example. Capable of endurance racing and equipped with its original racing specification 911/75 “high butterfly” 3.0-liter flat-six, it is a vehicle ready enough to hit the track. Auction notes say the car is expected to be eligible for historic competition, but with a few safety-related upgrades to match. This likely involves items such as seats and harnesses, which have expiration dates when used in competitive settings.

Overall, the interior appears in near-original condition, with nice analog gauges and vintage switchgear. Other nice touches from the ’70s include the delightful deep Fuchs alloy rims and that gigantic rear spoiler.