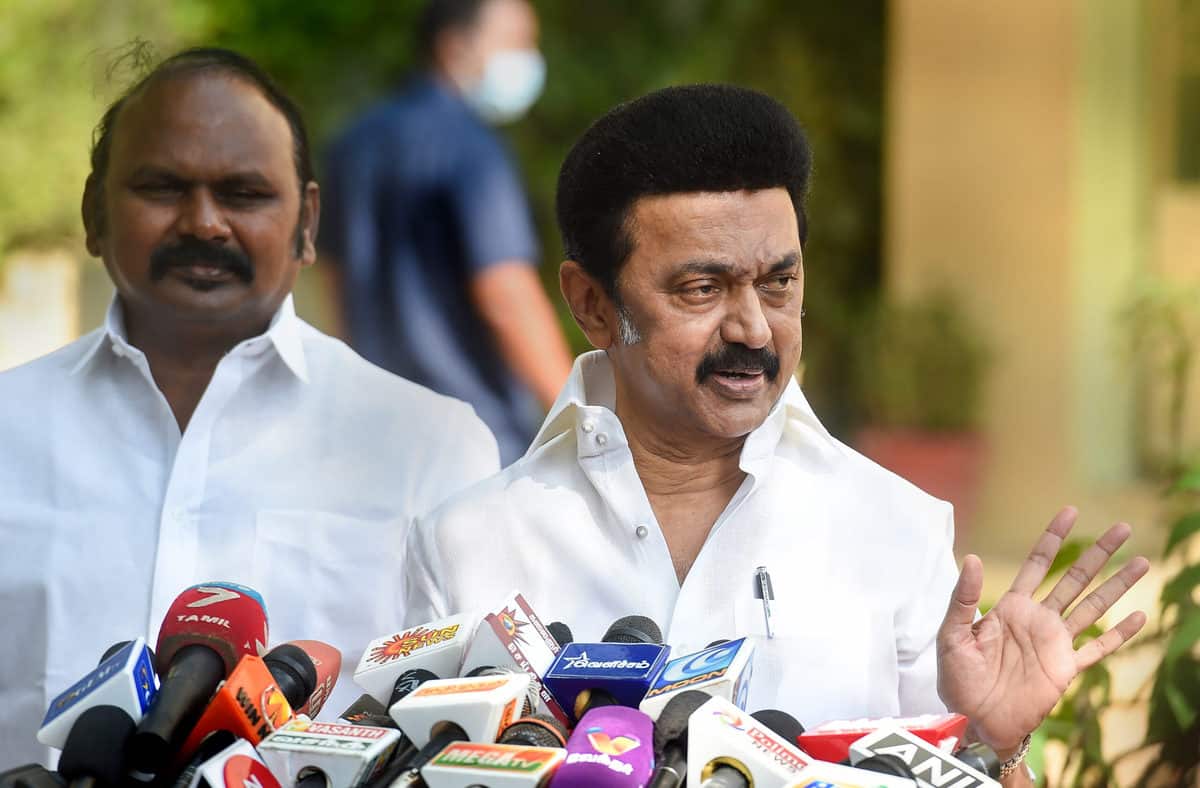 Tamil Nadu’s Chief Minister MK Stalin ended his one-year term on May 7. He emerged from the shadow of his famous father and former Chief Minister, M Karunanidhi. After winning the state last year, Stalin now had to live up to voters’ expectations, as he took office when Tamil Nadu lacked charismatic leaders.

Secondly, the coffers of the Tami Nadu government are not healthy. Third, after being out of power for ten years, the Stalin-led DMK promised voters the moon and managed to come to power in 2021. After the swearing-in, Stalin said, “The DMK government will work for that those who voted for the party will be happy with its performance, and those who did not will regret not having voted for it.

Forced to face challenges, Stalin spent the first three months coping with the COVID-19 pandemic and handled it quite honourably. Tamil Nadu faced torrential rains and devastating floods for the next two months. Therefore, he could only focus on development for the remaining seven months.

He kept some promises, such as free bus rides for women, medical care and education for the homeless. More promises in a list of 500 have yet to be fulfilled, including the monthly provision of Rs 1,000 to housewives and deaths in custody, which have focused on law enforcement personnel.

Stalin is now confident of acquiring a national profile. In addition to the electoral success, the DMK strengthened its position by winning the urban elections by a large margin three months ago. DMK touched on national politics and participated in the governments of the National Front, the United Front, the NDA and the UPA. So there is nothing wrong with Stalin’s ambition.

In the past year, Stalin first contrasted his “Dravidian model against that of Prime Minister Narendra Modi (Gujarat model). Explaining his ambition, Stalin tweeted, “The goal of the Dravidian model is to build a better Tamil Nadu”.

Second, having emerged as a good negotiator in alliance politics at the state level, he aims to take it to the national level. It could bring together 12 parties, including the Communist parties and the State Congress. He would like to play a role in the 2024 elections and be a galvanizing force among non-BJP parties, some of which disagree with Congress.

Third, Stalin played an aggressive role in promoting the ideas of federalism and social justice. He started the All-India Federation for Social Justice to “realize the principles of social justice and federalism at the national level”.

Fourth, Stalin used the emotional issue of language and encouraged anti-Hindi imposition feelings. The Dravidian parties alleged that Delhi was trying to impose Hindi in the state. It has a background, as oldtimers will remember how the DMK successfully fought the problem in the sixties.

Fifthly and more importantly, Stalin showed his initiative on the foreign policy front vis-à-vis Sri Lanka, which is facing an unprecedented political and economic crisis. Stalin not only met Modi offering to help the Sri Lankan Tamils, but also expressed concern over the influx of refugees. Tamil Nadu has always wanted a say in Sri Lankan politics, and the Center has often followed the sentiments of political parties in Tamil Nadu.

Stalin recently passed a unanimous resolution in the Assembly and called on the public to make voluntary donations to the Sri Lankan cause. As head of the DMK, he announced a donation of Rs crore. He announced that the government of Tamil Nadu will soon send 40,000 tons of rice, 500 tons of milk powder and lifesaving drugs in the first phase to the neighboring country . He recalled that the Center had endorsed the State’s humanitarian initiative.

Sixth, Stalin recently inaugurated the DMK office in Delhi as part of his national ambition. “For me, all state parties opposed to the BJP should join Congress and the left to form a team against the BJP,” he said.

Seventh, to bolster his growing national stature, he mobilized a galaxy of non-BJP leaders for the release of his book on February 28. These included Sonia Gandhi, Rahul Gandhi, Dr Farooq Abdullah, Tejaswi Yadav, Uddhav Thackeray and others.

Stalin launched a struggle against the Center on many issues. He made contacts with the Chief Ministers to pressure the Center to share a larger share of the Goods and Services Tax. The resolution against NEET screening measures to bring education back on the state list and reservations in medical education are some of the issues.

The quiet leader has certainly made his mark domestically. However, is a year enough to judge a person’s abilities? Certainly not, but it indicates in which direction his government is going.