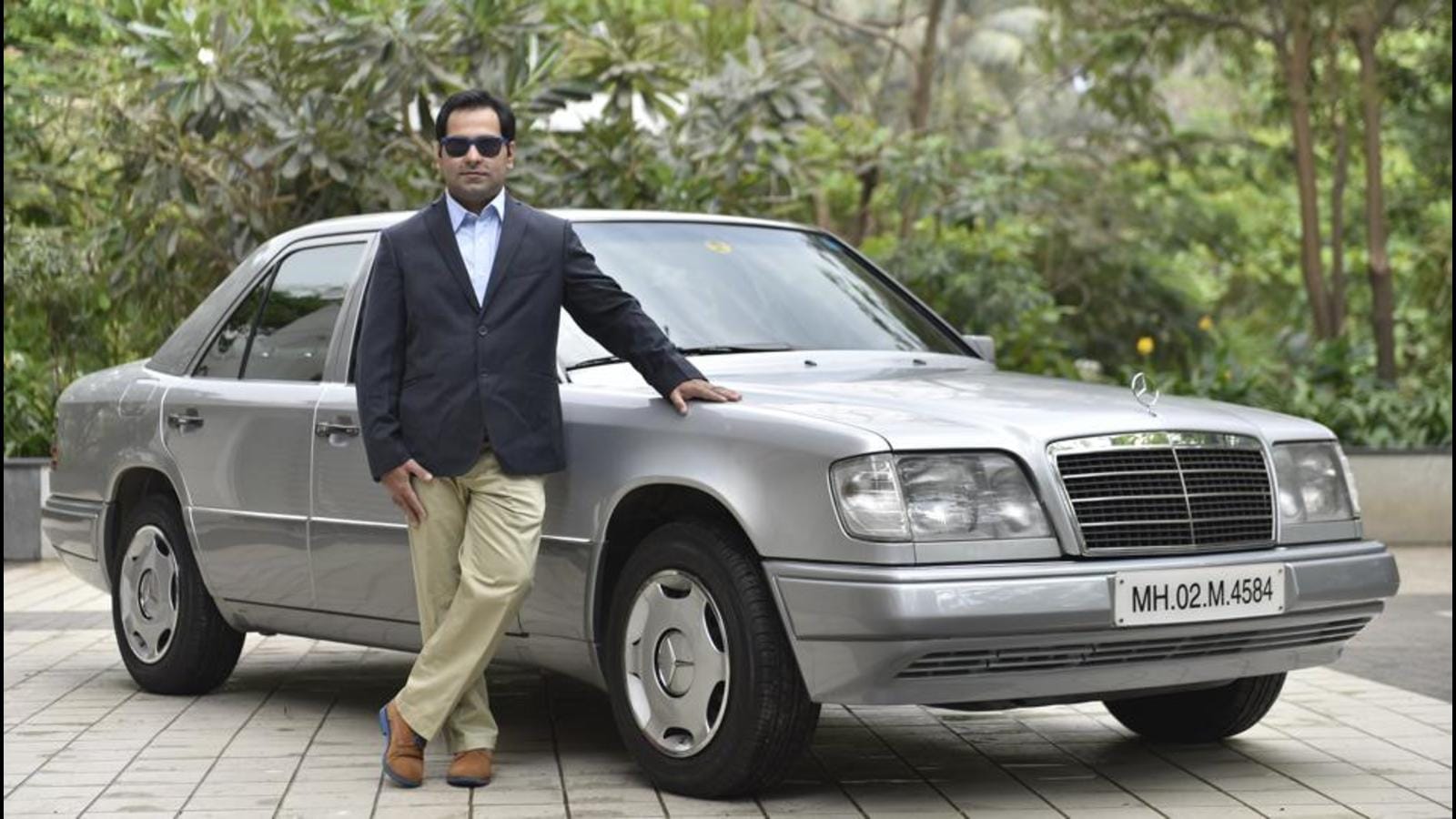 Cars: how much they define who we are and the times in which we live.

One of the most powerful symbols of the end of India’s Raj license and its journey to liberalization in the 90s was when the monotony of our bulbous ambassadors and boxy Fiat started to give way to other brands on our roads. Maruti-Suzuki, to begin with, then everything from Honda to Hyundai and Toyota. Who will believe how exciting it was to see their many vibrant colors and multiple shapes dotting our landscape, and how it spoke of newer and bigger horizons in country life?

In our own lives too, who can forget the excitement of their first car? The thrill of sitting behind the wheel and the intoxicating scent of its novelty and the possibilities it offered…

Indeed, cars have captured the imagination of the public and have played such an important role in telling the story of who we are and how we live. And at the end of this month, the city will witness one of those untold stories with the country’s first modern classic rally 2021 at the Sofitel BKC (Bandra-Kurla Complex) in Mumbai where a convoy of Jaguar E-types, Maseratis, a BMW E30 The Mercedes-Benz SLs, Ford Mustangs and a few Ferraris will be driven in majestic splendor by their proud owners on the Bandra-Worli sea link and will return to the Sofitel BKC where they will be celebrated and festooned.

“What is unique about this rally is that unlike others held in the past, which featured vintage and classic cars from the 1930s and 1940s, cars that were the responsibility of the Maharajas and a handful of collectors, this one will feature cars between 10 and 30 and up to 50, ”said Perseus Bandrawalla, the moving spirit behind the rally, whose Insta-handle description is“ Columnist-Autocar and an all-loving car nut with an engine mounted on it ‘and’ obsessed with modern classics’.

According to Bandrawalla, the uniqueness of its upcoming rally is that it will feature exactly the cars that today’s car enthusiasts have grown up to “covet”, the ones their peers drove, the ones they grew up around. “These kind of cars are very special for collectors like Gautam Singhania and Viveck Goenka, because they are cars that still drive beautifully but have old world charm combined with modern breakthroughs. “

In addition, according to him, over the past five years, in accordance with international trends, modern classics have gained popularity in India. The prices of cars such as the Mercedes W123 and the Mazda Miata MX-5, among others, have increased exponentially. And the best Indian metro restaurateurs are now increasingly working on a number of these examples.

“The Modern Classic Rally 2021 is both a reflection of the growing notoriety and importance of these cars among car enthusiasts nationwide and a celebration of their many attributes,” he said, adding that ” their appeal also lies in their provenance, for example, when I was 18 and used to drive my grandfather Adi Malgham’s Porsche 944 in 2002. It was one of four Porsches. known in Mumbai. Today you can buy almost any sports car or supercar you want in India from a showroom in your city. This was not the case 20 years ago, and only a few lucky people could import and own these cars. The limited number in which they existed at the time makes these cars even more special today ”.

“I guess you can compare a modern classic to your first college crush. When we were in college, Jennifer Aniston was the big name every boy had a crush on. So today it doesn’t matter who’s on the cover. current Vogue, for a certain generation it will still be Aniston. It is exactly like that. When you can buy the latest Ferrari today, what you want is a 1994 Ferrari 355. Along with that, Modern classic cars are also loved by enthusiasts because they have a sweet blend of old school engineering and (almost) modern electronic precision. This is the only explanation I have for the enthusiastic response to them, ” said Bandrawalla.

And so, like beautiful women admired, coveted and adored, the upcoming Rallye Classique Moderne promises the presence of many such cars, which had once fired the imaginations of some of the city’s most powerful and famous. Cars that had come of age as some of the city’s movers and agitators today are said to have come of age themselves. The cars they have acquired and cherished, loved and lost, perhaps like many others in their own lives. Cars with compelling stories: like the Porsche 993, once owned by the son of a leading industrialist and fitted with the latest air-cooled engine produced by the company and the only one of its kind in India.

“I used to photograph him coming home from college,” Bandrawalla said, adding, “and I looked adoringly at him when he was driven to the Willingdon Club. It was subsequently sold, but what is exciting is that after making a dozen calls a day, my team and I focused on the new owner. And he will be in the rally.

Or take the case of the Dodge Viper that once belonged to a flashy diamond dealer, according to Bandrawalla an absolutely iconic modern classic – it was the biggest engine ever fitted to a modern car in the 90s. . “He was the only one who had entered the country and there was this serious collector – the former Maharaja of Gondal, someone known to own a fleet of some of the best cars in the world such as a 300SL and many American supercars, but he absolutely coveted after the Dodge Viper car.And finally, he managed to buy it from the diamond dealer and it will be in the spotlight on the rally.

Iconic cars, each with a fascinating provenance. Each with a story hidden in its taillights, a story that speaks to the city and the concerns and intoxicating activities of its chosen few.

Like the BMW that had once been the apple of the legendary art collector and ex-Sheriff of Mumbai, the eye of Jehangir Nicholson. A car that Bandrawalla said he had followed like a schoolboy, dreamed and coveted, knowing he could never afford. Until one morning, Hormazd Sorabjee, editor-in-chief of Autocar India, who also coveted the car, bought it after Nicholson’s death and invited Bandrawalla to own and care for it.

“I remember picking up the car a few hours after the phone call and have kept it with me ever since,” Bandrawalla said.

“There are a lot of exciting cars to come. The ones I look forward to are the Lamborghini Murcielago I first drove in 2005, the Honda NSX – a marvel of sports car engineering at the time – and American muscle in the form of the Dodge Viper, the Chevy Corvette and the Ford Mustangs. Iconic Porsches, Maseratis and Ferraris are also expected to be owned by several wealthy people over the years, ”said Sorabjee, who supports the rally. “In fact, the Toyota Supra that we will see at the rally was the icon of Fast and Furious. The SL Mercs were again another Hollywood favorite and the Mini was immortalized in the Italian Job. It is certainly a day that I look forward to… ”, he added.

So this October 31, as the world celebrates Halloween – a day for bonfires, donning ghoulish costumes, making treats and honoring the past – here in Mumbai there will be a different kind of honor and remembrance. : when a procession featuring E-type Jaguar, Maserati, BMW Mercedes-Benz SL, Ford Mustang, Ferrari 348, among others, emerge from BKC, take advantage of the vast expanse of the maritime link and tell the story of who along the way we were and what we once loved.

And who we are, and what we aspire to.