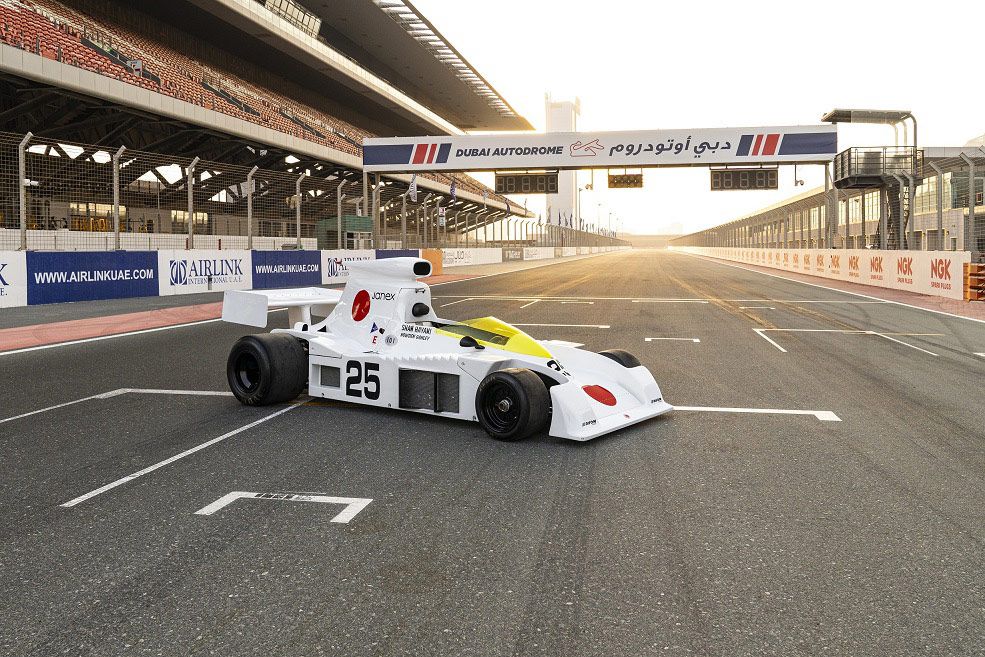 A celebration 40 years after the first unofficial UAE Grand Prix race will be marked by a revival of motorsport at the Dubai Autodrome on December 3.

The 1981 Dubai Grand Prix turned out to be historic, as racing legends Sir Stirling Moss, Juan Manuel Fangio and Nigel Mansell took to the streets of Deira.

In the only race of its kind, some of the biggest names in motorsport raced around a temporary 2.6 kilometer track near the Dubai Corniche on what is now Al Khaleej Road.

The race was a celebration of 10 years of the unification of the Emirates, with a parade of sedans, beach buggies and a police band.

Sir Stirling Moss was one of the famous racing drivers of the 1981 Dubai Grand Prix. Action footage / Sports footage

“Since that famous event, Dubai has become the host to hundreds of motorsport events.

“Our goal is to unite the past with the present as we celebrate the country’s 50th anniversary.”

The two-day event in 1981 aimed to spark new interest in the emerging city of Dubai and began with a 10-lap sedan race between famous drivers.

Each driver received a Citroën CX to navigate the track marked out by truck tires and shipping containers used as temporary paddocks.

A desert car race was the idea of ​​British businessman Martin Hone, an amateur racing driver with the ambition to establish a series of street racing events in the UK.

Between races over the two days, the teams competed for the fastest lap in a Formula 1 car for the Hyatt Regency Trophy and a prize of $ 5,000 (roughly $ 16,000 in today’s terms, adjusted for inflation).

There was also a star race for historic sports cars, won by Gerry Marshall.

The Dubai Autodrome event on December 3 will be a nod to the past, with an exhibition of iconic and classic cars and a UAE heritage village with live music and entertainment.

Famous drivers are also expected, while visitors are encouraged to dress in classic vintage style.

December promises to be a great month for motorsport fans in the United Arab Emirates.

A five-day parade of classic sports cars will travel the country from December 5 under the banner of the Italian Thousand Mile Race, the Mille Miglia.

A week later, on December 12, the Yas Marina Circuit will host what promises to be an exciting highlight for the 2021 F1 season at the Abu Dhabi Grand Prix.

The 10 Best Scrambler Motorcycles You Can Buy