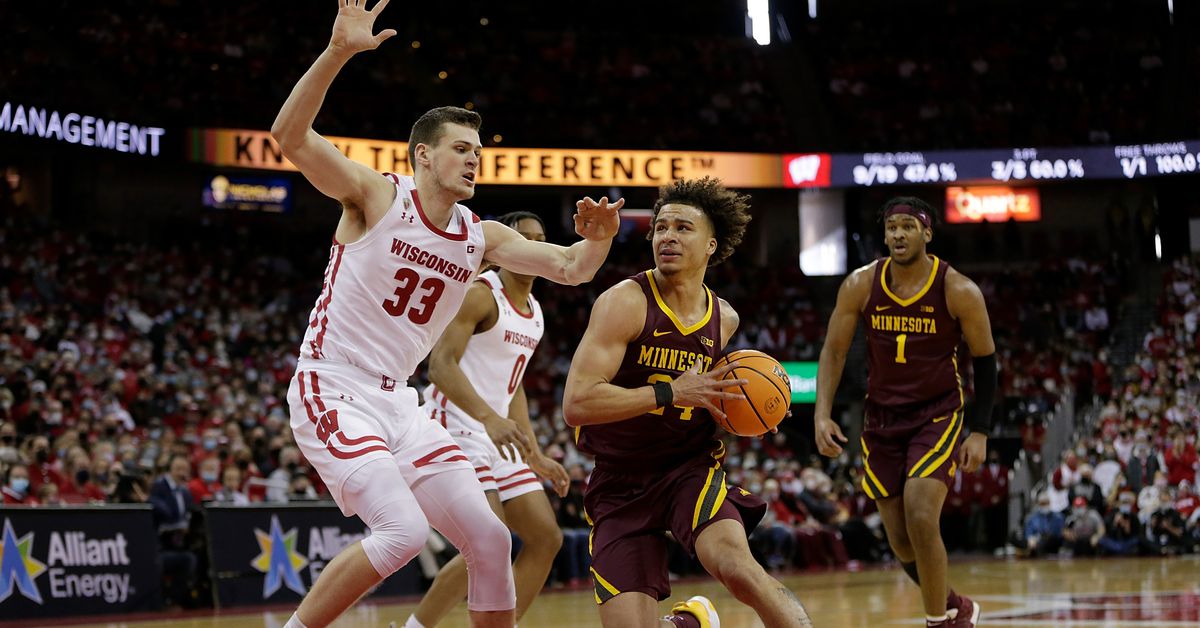 Minnesota lost to Wisconsin at the Kohl Center 66-60. With the loss, the Gophers drop to 2-7 in conference and 11-7 this season. Payton Willis led all scorers with 17 points.

The first half was slow and neither team shot the ball well. The Gophers have regularly settled or been forced into midrange and deep challenges. Minnesota once again had more turnovers than three in one half. Payton Willis and Jamison Battle combined for just seven points on 3-12 shooting. Other than a solid attacking performance from Eric Curry, there was little to say positively about the attacking side of the floor. Defensively, the Gophers did a pretty good job on Johnny Davis, but left Brad Davison open for several easy looks from the basket. At halftime, the Gophers were leading 32-25.

After a poor start to the second half, the Gophers tied the game at the Under-12 timeout with a 12-2 run spurred by several baskets from Payton Willis. Willis has a slew of moves that would make any Y alumni jealous. I imagine his “being the best player on a Power 5 D1 team” athleticism would also make alumni jealous, but I’m spitting here. Wisconsin then responded over the next four minutes to cut the Under-8 lead to six. Minnesota fought back to tie again with 2:23 remaining, but would not score again in regulation time. A Johnny Davis bucket sealed the game for Wisconsin.

Wisconsin was 13 points behind Minnesota’s turnovers and had a 9-point differential on turnovers, which is the game’s main macro story. The Gophers gave up too much property, especially in the first half. When neither team is particularly effective on the field, these freebies will figure prominently.

I have a lot of respect for Marcus Fuller, but today’s article in the Strib isn’t a guy. Is not at all.