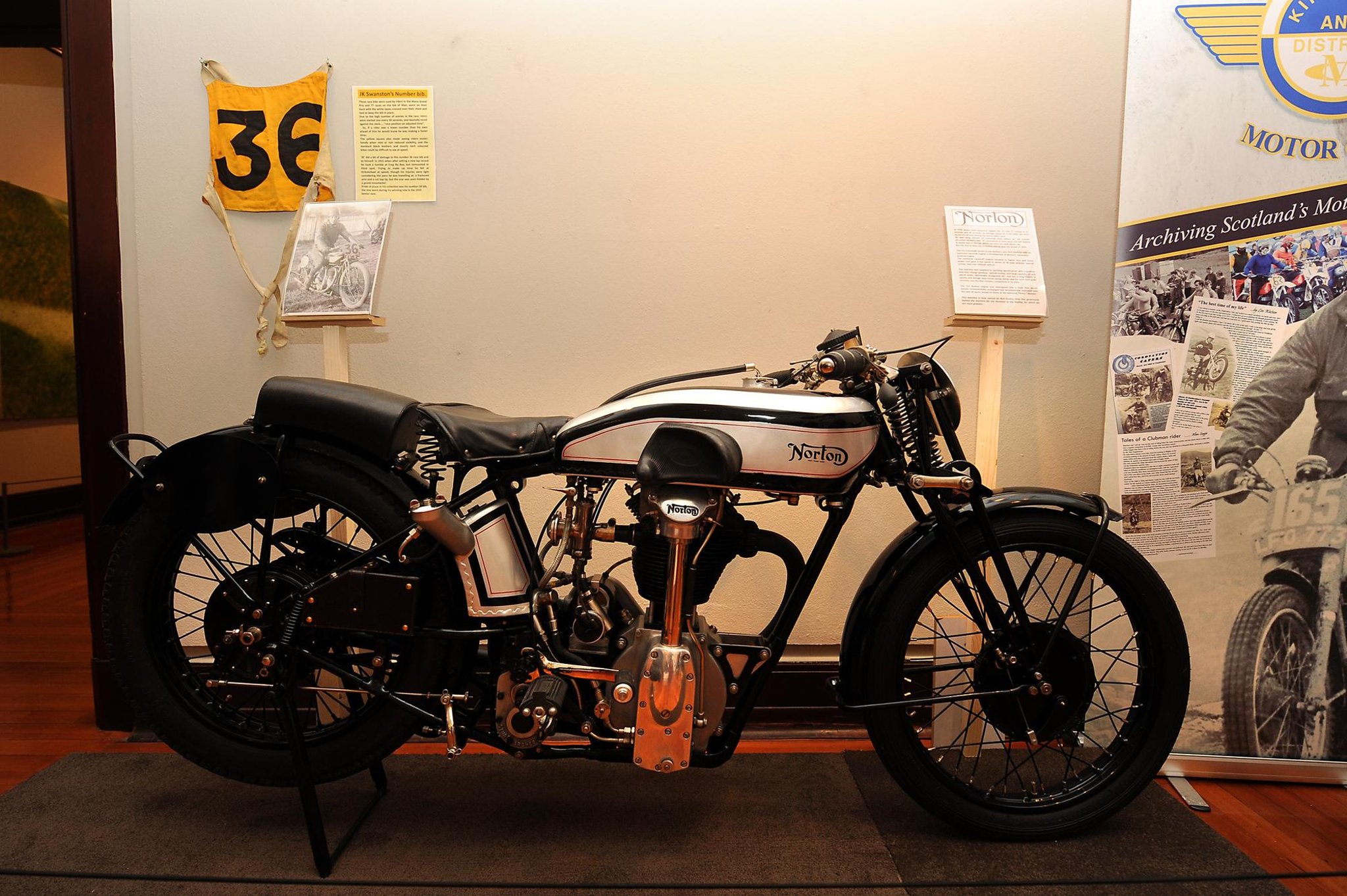 The exhibition, which features three vintage motorcycles, opened last weekend and will run until May 8.

Around 1919 some of Fife’s pioneer motorists hit on the idea that it might be fun to get together and test both their skills and their machinery, and so were formed the early roots of what was to become Kirkcaldy and District Motor Club (KDMC).

Founded in 1922, the club is still going strong after 100 years and still operates today with the same goal in mind to encourage good camaraderie, social relations, competence and road courtesy among all who are interested in the automobile.

Register to our daily newsletter

The newsletter mute the noise

Jake Drummond, club secretary, said: “From 1922 with a dozen members, the club became one of Scotland’s most important multi-discipline clubs, mainly because members could take part in any type of event using the same machine and Minions want what they pay for!

“Members could have a Saturday hill climb at Dunearn Hill, a Wednesday half-day social run with the ladies and a Friday evening sprint at nearby Donibristle Estate on MOD-governed terrain. Tide times permitting, there would be an evening sand run on Kirkcaldy’s long beach – a free spectacle for Langtonians.

“Nobody knows how the machines of the time stood up to such use, but since most of the members were local traders, professionals or business people, money didn’t seem to be a big concern.

“Most of the more ‘wealthy’ members were businessmen, lawyers, architects and doctors. The Millar brothers, JB and W, had a car garage in St Clair Street, E Descamps & Co Ltd had their engine and coach builders premises at the Station Hotel Garage, John D Swanston was a town architect, and all were other founding members of KDMC.

“Of course, an element of competitive driving and riding crept in, particularly among younger people, and this became a matter of concern for those who were more accustomed to horse power, as opposed to “horsepower”.

“The solution was to set up a few reliability trials, or climbs up Dunearn Hill on what could only be called a road at the time, or cross-country colonial trials going to the tracks of Fife carriage and two-ply roads ending in a run on suitably flat grass pitch.

“Runners also took to taking part in village fetes and organizing gymkhanas which included riding on narrow planks, sack races with runners and runners doing relays and of course, a race or two on Soon the need grew faster, and the wide open spaces of Kirkcaldy Sands and Pettycur Bay beckoned.

Jake said that as the club became more established, riders of particular talent began to show up.

“These events produced marquee riders who competed at St Andrews West Sands in SACU which held Scottish Sprint Championships in the late 1920s and 1930s,” he said.

“Hawick’s Jimmie Guthrie was a regular at Kirkcaldy club events and a close friend of many of our own ‘stars’, Alf Peatman Snr, JK Swanston, Jackie Blyth and Tommy McEwan.

“Swanston, Blyth and McEwan became known as the ‘Kirkcaldy team’ and were held in high esteem at events around the country, where grass track racing was part of the spectacle at parties and galas across the country. town, and sand racing has become popular in many coastal towns on the East Coast.”

Before the Second World War there were no road races in Scotland and sand races were the speed events of the day.

In 1948, the Kirkcaldy Grand Prix was described as “the only road motor race in Scotland” and attracted the best Scottish and English drivers to the town’s picturesque and normally peaceful Beveridge Park, with Graham Walker – father of the legendary motorsport and Formula 1 commentator Murray. Walker – as a commentator for the BBC Home Service. Scottish Road Racing for Motorcycles, as they were called, continued at Beveridge Park until 1988.

The club continued to be seen at Knockhill, where from 1975 to 2010 Kirkcaldy’s name was on the program as organizers of Scottish Championship events, BSB first rounds and European Cup sidecars . A return to sand racing after a split with Knockhill has been the club’s swansong in running the race, a fitting return to its roots.

The club have continued with their own ‘Kirkcaldy Motorcycle Show‘, although an alternative venue is being sought for this year with Fife Ice Arena unavailable.

JK Swanston on the sands of Kirkcaldy in 1930.

However, you can now find a display of machinery and plenty of information about the club’s unique history in the Kirkcaldy Galleries – a must for any motorsport fan and it’s all free.

OnFife Interpretation Team Leader Lesley Botten said: “Motorcycles in the art gallery? Why not ? As the bikes came in, even I quickly picked my favorite: the classic 1929 Norton!

Other motorcycles on display are a Yamaha TZ750 and a Honda Britain CBR600. There is also a Mini Moto sidecar outfit.

Lesley continued: “It is really important to mark this milestone in the history of Kirkcaldy Motor Club. The three magnificent bikes are on display in an upstairs room in the Kirkcaldy Galleries along with photos and information about the club’s history.

“It’s a short exhibition and I really hope people will venture out to see something different, as well as take a look at the paintings and crafts in the other galleries during their stay.”

Thank you for reading this article on our free website. We are counting on your support more than ever, as the change in consumption habits caused by the coronavirus has an impact on our advertisers.