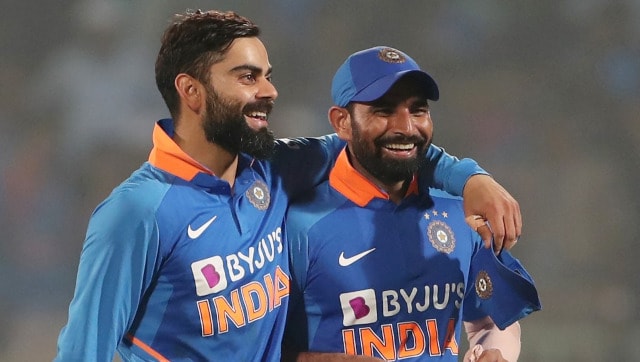 Waqar Younis should realize that saying namaz among Hindus is not an unconventional act of courage – just a simple matter of faith.

The T20 World Cup is far from over and it has already created more controversy on the sidelines than the action on the pitch. First, there was Mohammad Rizwan catching a quick namaz during the drink break, and Waqar Younis having his own reverse swing, sorry, turn on it. Then the trolls attacked poor Mohammed Shami with hammers and tweezers.

Kashmiri students who celebrated Pakistan’s victory by bursting crackers have been convicted of sedition at UP. In their defense, it must be said that Diwali is just around the corner; people start early. I wish they had been more tactful. The applause is less obvious than the bursting crackers. Hit as much as you want at the end of the match. If the authorities question your actions, say that you simply enjoy good cricket at every level.

Fandom in cricket is a mysterious thing. During a World Cup in England, I started, with several Indian fans, to support Pakistan. After India pulled out of the tournament, it felt natural to pledge allegiance to a team from the subcontinent. In any case, in England we are all clubbed as Asians. My Australian friends were puzzled. We were at Leeds Stadium, watching Pakistan take on Australia, and I was supporting Pakistan. The Australians were like: But you’re sitting with us! I said: But India and Pakistan have a common history; my father’s family is from Lahore. Fortunately, no charges of sedition have been upheld.

Meanwhile, Kock’s Quinton refused to take the knee – clearly a knee-jerk reaction – to support the Black Lives Movement and withdrew from the XI in play at the very last minute. He later changed his mind and released a statement (ours is really the age of statements), and then featured in a Volini commercial. In the ad, he is unable to take the knee due to a sprained knee and risks missing the game. Volini, voila!

In Pakistan, Shoaib Akhtar and a TV presenter fought live on TV; egos clashed as the Rawalpindi Express rolled out of the studio, as crowded as the train itself. David Gower and Viv Richards looked like frozen lizards. Or rather, they didn’t know where to look.

Let’s devote the rest of this column to the delicate issue of religion and cricket. This is surely the biggest controversy I listed above. It must be said that of all sports, cricket is the most conducive to worship. Unlike football, it has so many built-in breaks that it suits the needs of both announcers and enthusiasts. It’s not that footballers don’t pray, except that the moment of prayer is built into the goal celebration. It’s short and quick; there is no time for quiet namaz. Egyptian striker Mo Salah, for example, performs a prayer of thanks by kneeling and resting his head on the ground. The act is called soujud. It’s over in seconds.

Cricket, on the other hand, is tailor-made for praying. We can, if we want, pray during the lunch and tea breaks, at the raffle, and during the advertising break (which gets longer and longer) between the overs. It is a separate debate whether players should mix religion and sport, although most would agree that it is a matter of personal choice. The ancients will remember the days of “secular” superstition when the red handkerchief played the role of lucky charm in the game of glorious uncertainties. God, at the time, resided in the humble red handkerchief.

It is not just Pakistanis who pray, although they are used to thanking God more than other nations playing cricket. A post-match interview often goes like this:

Host: What was the most crucial part of the game?

Moderator: Was the draw the deciding factor?

Host: Are you going to stick with the same XI in the next game?

To be fair, it makes listening more interesting than Indian gamers who speak in ready-made corporate phrases, without any religious overtones. Their MBA speech goes like this: ‘The boys showed their intention‘,’come back myself‘,’play natural game‘,’execute plans‘ and ‘focus on the process, not the result‘. ” Controllable controllerswas in vogue until a few years ago.

Rizwan prayed, Pakistan won the game and we would have lived happily ever after. But then Waqar Younis had to go and fuel the controversy by saying that Rizwan’s prayer was all the more commendable because he did it while he was surrounded by Hindus. This one is baffling as these are Hindu cricketers we’re talking about here, not a bloodthirsty mob. They have bats in their hands, not swords. The cricket ball is known to kill, but no one threw it like a grenade out of context.

Besides, the Hindus would have prayed too except that it is a logistical headache for us. Suppose there are three players in the Indian team: Amar, Akbar and Anthony; they all want to pray while playing. Akbar and Anthony have it easy: a Maggi namaz or cross the heart doesn’t take too long. But the Hindu needs a whole cricket team: Priest, gheeincense, firewood, matchbox, gangajal, etc. You see it is too complicated and too long to bring this assortment onto the cricket ground. A red tilak is an option though.

Return to Waqar. Sure enough, his commentary on Hindus turned into a fireball, and Waqar, like de Kock, took to issuing his own apology statement. The bhakts on our side, not to be outdone, decided to pursue Shami, although later Pakistani hands in Shami’s trolling were discovered. The next day was again devoted to the favorite pastime of the 21st century: making statements. As our commentators and players condemned the trolls and supported Shami, I felt that an opportunity was lost to make a more important statement, which would have confused both the Shami trolls and Waqar Younis. Shami should have knelt down and offered himself namaz, with his Hindu teammates forming a protective ring around him. Waqar would have realized that saying namaz among Hindus is not a nonconformist act of courage – just a simple matter of faith. The trolls are said to have gone into paroxysms of beetroot rage – always a pleasant sight to see. It would have taught them that the freedom to practice one’s religion does not dilute a player’s loyal patriotism and love for their nation.

The writer is the author of ‘The Butterfly Generation’ and the publisher of ‘House Spirit: Drinking in India’. The opinions expressed are personal.