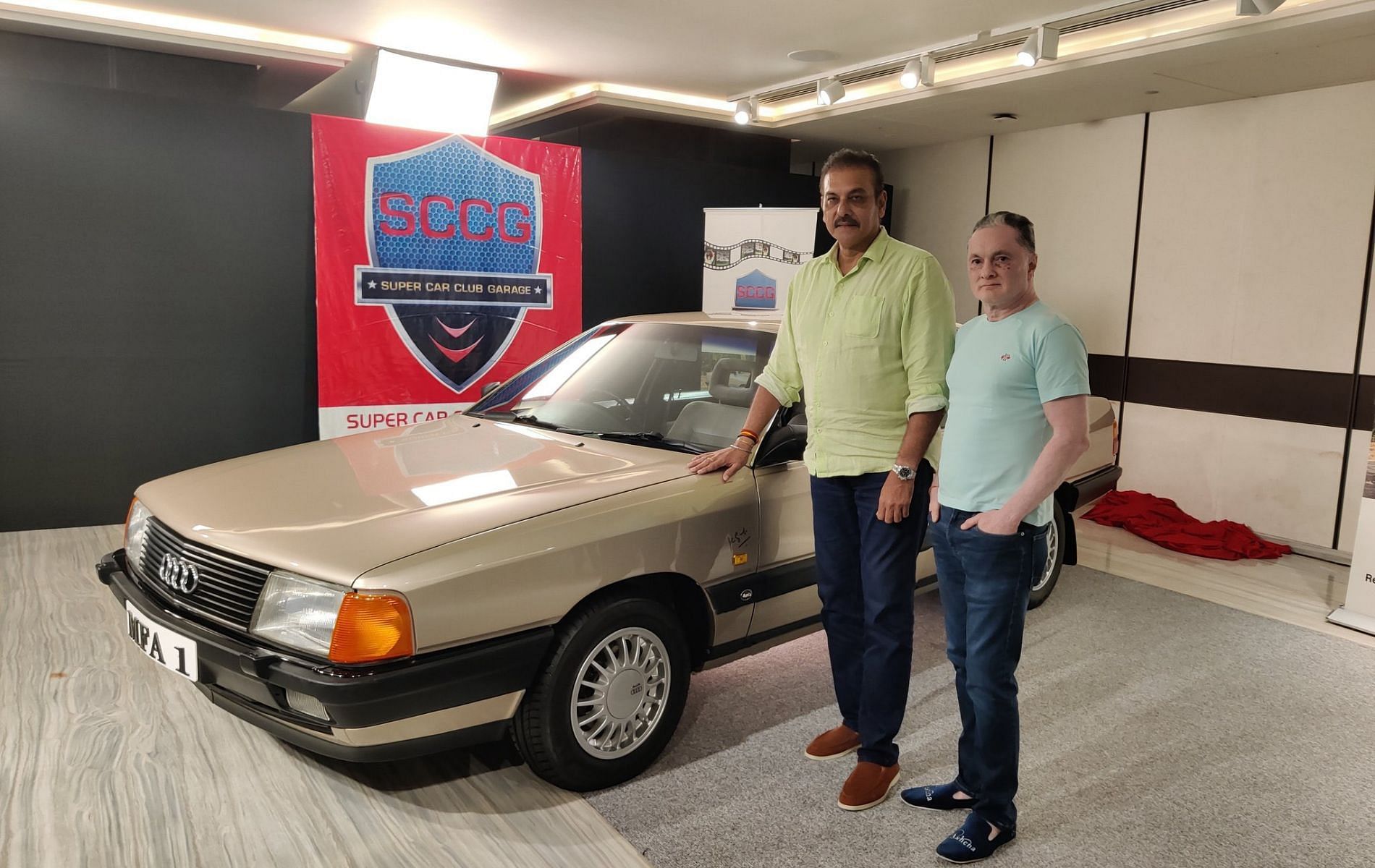 Former Indian cricketer Ravi Shastri delighted fans with his flamboyant style of play during his cricketing career. His comprehensive exploits in the 1985 Benson and Hedges World Championship are still etched in the memory of fans.

Ravi Shastri was named the man in the series in the Multi-Nation Series for his hard-hitting performances at bat and on the ball. For his performance, Shastri was given an Audi 100 motor car. He immediately drove it around the Melbourne cricket ground with his teammates.

The 60-year-old took fans down memory lane in a recent social media post in which he shared photos of his prized Audi 100. Shastri was captured with the car at the Super Car Club Garage in Thane. Ravi Shastri wrote on Twitter:

“It’s as nostalgic as it gets! It’s a national asset. It’s #TeamIndiait is @AudiIN – @SinghaniaGautam.”

It is worth mentioning that the Super Car Club Garage, founded by Gautam Singhania, offers restoration and maintenance services for vintage cars and superbikes. It looks like Shastri has restored the car and fans might catch a glimpse of him driving the iconic machine on the roads of Mumbai.

While appearing on the ‘Breakfast with Champions’ talk show, Shastri revealed that he made it clear to his teammates that if he won the Audi 100 he wouldn’t share it. He joked that if anyone wanted to share something, they could have shared the car stepney.

Ravi Shastri is a car enthusiast and has a number of supercars parked in his garage, including top brands like Audi, Mercedes Benz, Ford and BMW.

The former Team India head coach added the Audi RS5 to his collection in 2020. He had shared a video on social media in which he mentioned that he never imagined he would be sitting in a car Audi bearing his initials (RS5). this.

Read also
The article continues below

In the video, the former cricketer mentioned that he was one of the first people in the subcontinent to own an Audi car. Shastri’s love for the brand lives on as he owns a number of premium variants from the luxury car maker.