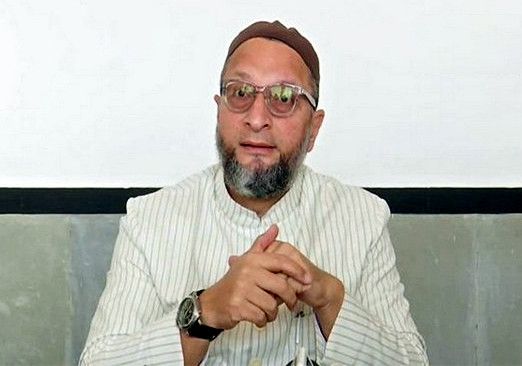 New Delhi: MP for Hyderabad and head of AIMIM Asaduddin Owaisi on Friday rejected grade Z security provided to him earlier in the day, a day after shots were fired at his car as he drove back to the nation’s capital after campaigning for the UP Assembly polls in Meerut.

Police say two youths have been arrested for their involvement in the shooting incident that took place in Kithoudh area of ​​Meerut on Thursday.

“I don’t want Z-grade security because I don’t want to lead a life of suffocation because I always want to be with the poor and needy in this country and in my constituency. I urge the government to work towards the deradicalization of such youths who opened fire on my vehicle on Thursday,” Owaisi told the Lok Sabha on Friday.

“Who are these young people who believe in bullets more than ballots? The government should first ask themselves how they got so radicalized. I don’t want any security blanket from the government. As I had said in 2015, the Home Office should form a committee with members of all religions to ensure that our young people do not become radicalized.Through you (the President), I want to say to the government that I do not want no Category Z safety blanket,” Owaisi said.

Earlier, the federal government on Friday provided ‘Z’ category security to AIMIM leader Asaduddin Owaisi a day after his convoy was attacked near the nation’s capital.

According to sources, the Center has reviewed the security of the Hyderabad MP and has decided to grant him ‘Z’ category security with immediate effect. From now on, the Central Police Reserve Force (CRPF) will be responsible for providing cover.

On Thursday evening, the convoy of the leader of AIMIM was hit by bullets while returning from the electoral campaign in Meerut in western Uttar Pradesh. The incident happened at a toll booth near Delhi.

The shooters left their weapons and escaped, police officials said.

“I was leaving for Delhi after a poll in Kithaur, Meerut. Three to four bullets were fired at my vehicle by two people near the Chhajarsi toll booth; there were three or four,” Owaisi told media.

Although no one was injured, his car‘s tires were punctured. The deputy left the area in another car.

“We are all safe,” he later wrote on social media.

The AIMIM leader had spoken at a public meeting in Meerut as he campaigned for Uttar Pradesh’s elections from February 10.

The western part of Uttar Pradesh will go to the polls on February 10 in the first of seven rounds of elections in the state.

There was slight tension around the historic Mecca Masjid here on Friday as some people tried to rally to condemn the attack on Owaisi.

After Friday prayers at the mosque, some people, especially young people, shouted slogans condemning the attack and denouncing the BJP and UP police. They attempted to organize a rally but dispersed peacefully after the advice of community elders.

The police had made elaborate security arrangements around the mosque and historic Charminar to avoid any untoward incidents. Additional police, including the Rapid Action Force (RAF) in riot gear, were deployed to the sensitive area as a precaution.

Security has also been tightened at other locations in the old city of Hyderabad and other cities in Telangana to maintain public order.

Meanwhile, traders in the old town voluntarily observed a closure in protest against the attack on Owaisi.