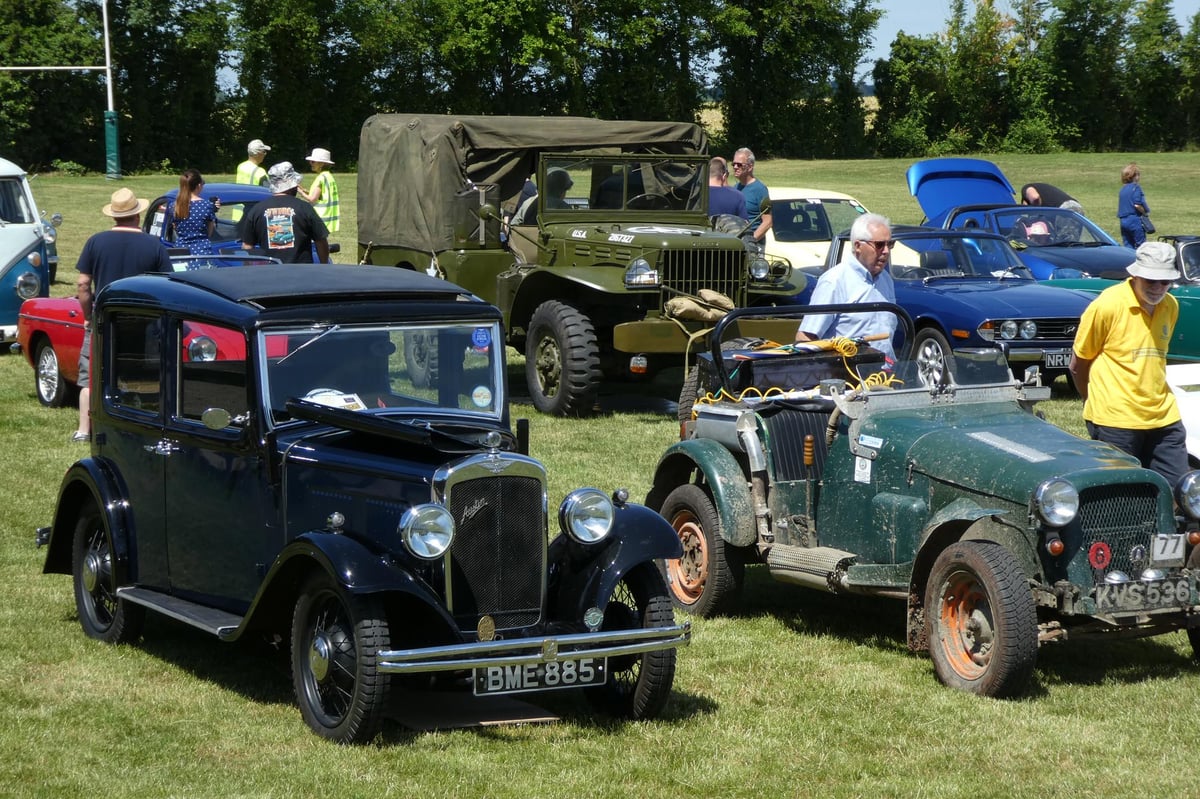 On Saturday July 9, 85 vehicles were on display for the Buckingham Rotary Club’s first vintage car show.

The showcase of retro vehicles was just one part of this year’s beer festival 10th anniversary celebrations.

More than 4,000 punters descended on Buckingham Rugby Club on Friday and Saturday to watch live music from local acts and choose from 42 different beers and 12 ciders.

The Rotary Club of Buckingham asked for classic, even “interesting” vehicles to offer for the show.

Highlights included some great Ferraris, a fast Sierra Cosworth, a charming 2CV, a few vintage American military vehicles and even a 90-year-old car.

Money raised from the event was split between local charities including Buckingham and Winslow Young Carers, as well as Buckingham Rugby Club.

A Rotary club spokesman said: “Thank you to everyone who participated and helped out, and to the rugby club.”

Next year’s festival will be a two-day extravaganza taking place on Friday July 7 and Saturday July 8.

100 On The Banks: Winchester hosts return of USAC Silver Crown this week