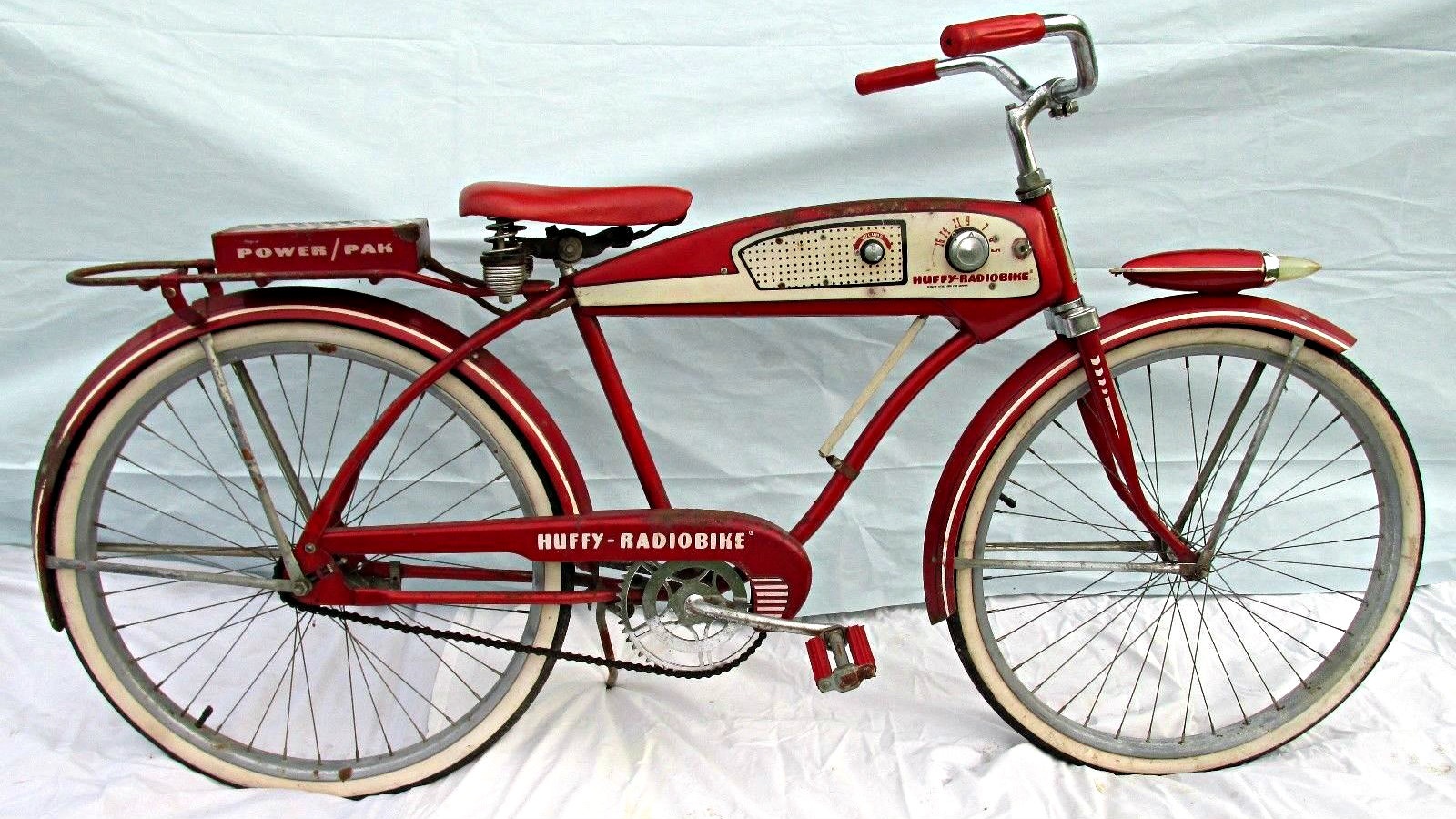 That’s right, folks, what you’re looking at is a 1955 Huffy Radiobike. Yes, it does have a built-in radio. And even though this is the electrically powered component, the way it was powered is as common a design as it is today, albeit on a different scale.

If you’ve never heard of Huffy, this piece can show you a little-known maker who has been making children and adults smile for 130 years now. And I don’t mean to brag, but I’ve owned a Huffy too. It was a BMX bike with a solid steel frame with only a top tube as the main support for the rest of the bike. There was even a gyroscope and stakes if you wanted to go wild.

As for the bike you see here, it’s from the 1950s. It was produced for a few years, for a total of about 8,500 units. While they cost around $ 40 (EUR 35 at current exchange rates) back then, today you can find a restored version for around $ 8,000 or more (EUR 7,083 at current exchange rates). So finding one intact, rusty and everything, for some, is like finding a vintage car in perfect condition.

Now, you don’t find a lot of information about the frame except that it was designed to be sturdy and secure. However, it is safe to assume that Huffy was not using titanium or aluminum but old carbon steel.

The bike also featured a solid front fork and obviously no rear suspension; a classic city bike. Everything was then mounted on 24-inch wheels and controlled via a mustache handlebar, to say the least vintage. The only suspension is provided by a set of springs under the saddle.

In keeping with the trends of the time and even some current trends, the bike was also designed to carry loads and allow you to ride regardless of the weather. It includes rack brackets, fenders and a headlight.

Saving the best for last, it’s time to see what made this bike so special and why most of us haven’t even heard of it. First of all, it displays one of the earlier versions of a portable battery intended to power some components electrically. In this case, that component was not a mid-engine capable of assisting your pedaling, but rather a radio mounted under the top tube.

This is what you see in front of the biker, a dang radio. It has everything from dials and buttons on one side of the bike to a speaker yelling outward on the other side.

As to why Huffy stopped making these things, it’s because they didn’t fit the current trends of the time. Damn yeah! They were ahead of their time, in my eyes. Even today, countless bicycle manufacturers use this rear mounted power pack design.

Then there was another minor issue, a Huffy said that would not exist for owners, issues caused by inclement weather conditions. Simply put, people may have seen sparks, be electrocuted, or worse.

All that aside, imagine owning one of these suction cups today in the age of portable speaker systems. Heck, why not trick him with a pair of Harman speakers and get some stuff banging in your hood.

You know what!? Dear Huffy, if you’ve read this, please make 50-100 more of these bikes, but try to partner with Harman for this modern era; they have strong IPX ratings on their audio equipment. 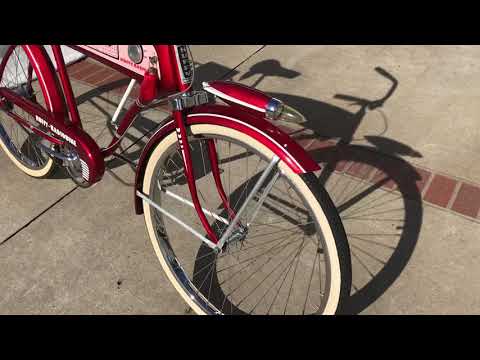 Dublin, Kerry’s eyes on the prize

Where to eat, stay and play in Boulder, Colorado