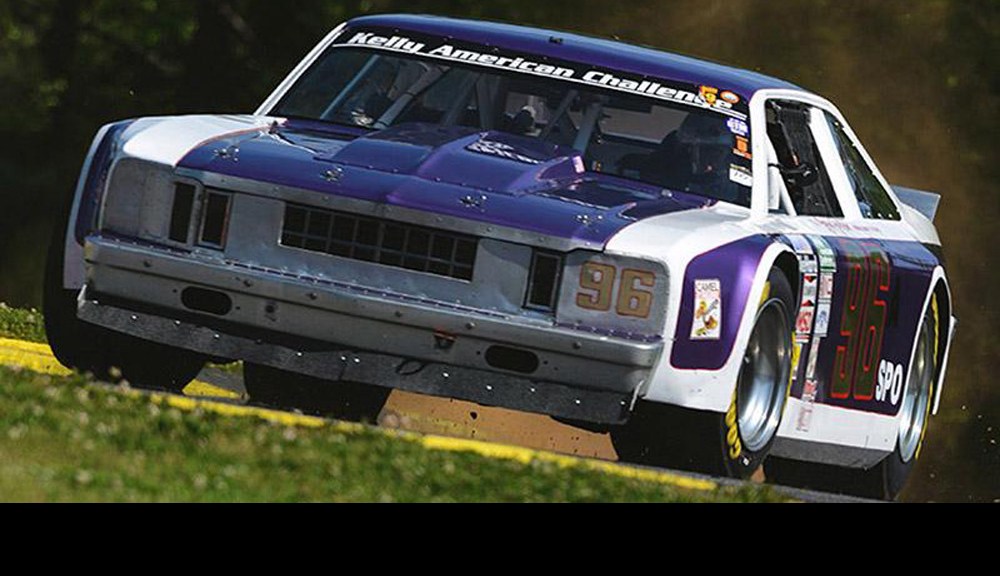 One of the oldest vintage and historic racing events in the United States, the Historic Sportscar Racing Mitty’s 44th Race at Michelin Raceway Road Atlanta, April 28-May 1, will introduce a new race honoring the driving star Gene Felton and a special perpetual trophy reflecting the late road racing champion’s support at Lanier Technical College. The announcement of the new annual race at The Mitty was made during the drivers’ meeting at the HSR Spring Fling season-opening event at Sebring International Raceway.

The first “Gene Felton Memorial Challenge” will feature a pair of races for HSR Group 8 Historic Stock Cars with the winner determined by total points from both events. In addition to receiving a special race winner trophy, a plaque bearing the driver’s name will be affixed to the Lanier Technical College Gene Felton Trophy. Based on material from Felton’s extensive collection, the permanent trophy commemorates the driver’s long association with Lanier Technical College, where he helped trainees in the Motorsports Vehicle Training program gain hands-on racing experience.

A former Grand Marshal of The Mitty and a member of the Georgia Racing Hall of Fame, Felton died in 2020 at the age of 84 from an illness unrelated to COVID.

Felton’s racing accomplishments were numerous, including 45 career wins in the IMSA pro ranks aboard production cars and four consecutive Kelly American Challenge Series championships. After a horrific crash while practicing for a Trans-Am race at Riverside International Raceway in California broke his neck in 1984, Felton returned to his automaker roots with Gene Felton Restorations, servicing NASCAR stock cars. vintage and production-based race cars in the garage behind his home in Roswell. He continued to drive and won many vintage races.

“In many ways, Gene Felton represents all things HSR,” said HSR President David Hinton. “He was a record-breaking, tireless competitor who truly lived to race and clearly loved all aspects of the sport that we all love so much. To be able to hold a race in his honor each year at HSR Mitty is a true privilege.

Felton’s accolades include co-driving to victory in the Rolex 24 At Daytona with two-time NASCAR Cup Series champion Terry Labonte and car owner Billy Hagan. After taking pole in the GTO class at Le Mans in his first appearance at the famous French 24-hour race in 1982, Felton drove to a second-place finish with Hagan. He launched his professional career with two stunning Camel GT race wins at Daytona International Speedway in 1972 and 1973, beating a host of Porsches and Corvettes in a Camaro he built in his spare time at his cosmetics supply company.

The Gene Felton Memorial Challenge will be the focus of a fundraising effort to support MVT students. Donations can be made at http://www.laniertechfoundation or by sending checks to Lanier Technical College Foundation, 2535 Lanier Tech Drive, Gainesville, Georgia 30507.

“As long as donors write ‘Gene Felton’ in the memo line of the check or in the online comment box, funds will be specifically allocated to assist students of the MVT program,” said John M. Leverett, director and instructor of the motorsport vehicle technology program. .

As a teenager, Felton traveled to Lakewood Speedway, south of Atlanta, to watch early NASCAR heroes of the 1950s, which inspired his own career. In addition to road racing in IMSA and SCCA, he competed in NASCAR early in his career.

Felton’s best result in NASCAR came in a Grand American race at Road Atlanta in 1971. Like the first Gene Felton Memorial Challenge of that year, the NASCAR event featured a pair of races under a points format. Forced to start from the back of the pack in race two due to an equipment problem, Felton drove his Camaro to second place at the finish behind Tiny Lund, impressing the former Daytona 500 winner as well as veterans Bobby Allison and Buck Baker, drivers he met along the way.

Only one NASCAR’s Cup Series entry was at Atlanta Motor Speedway in 1976, where Felton finished the 500-mile race running in 16th place. A frequent winner at the wheel of vintage events, he was invited to drive a Chevrolet Nova which he restored and which was previously driven by seven-time Cup Series champion Dale Earnhardt at the Goodwood Festival in England in 2009.