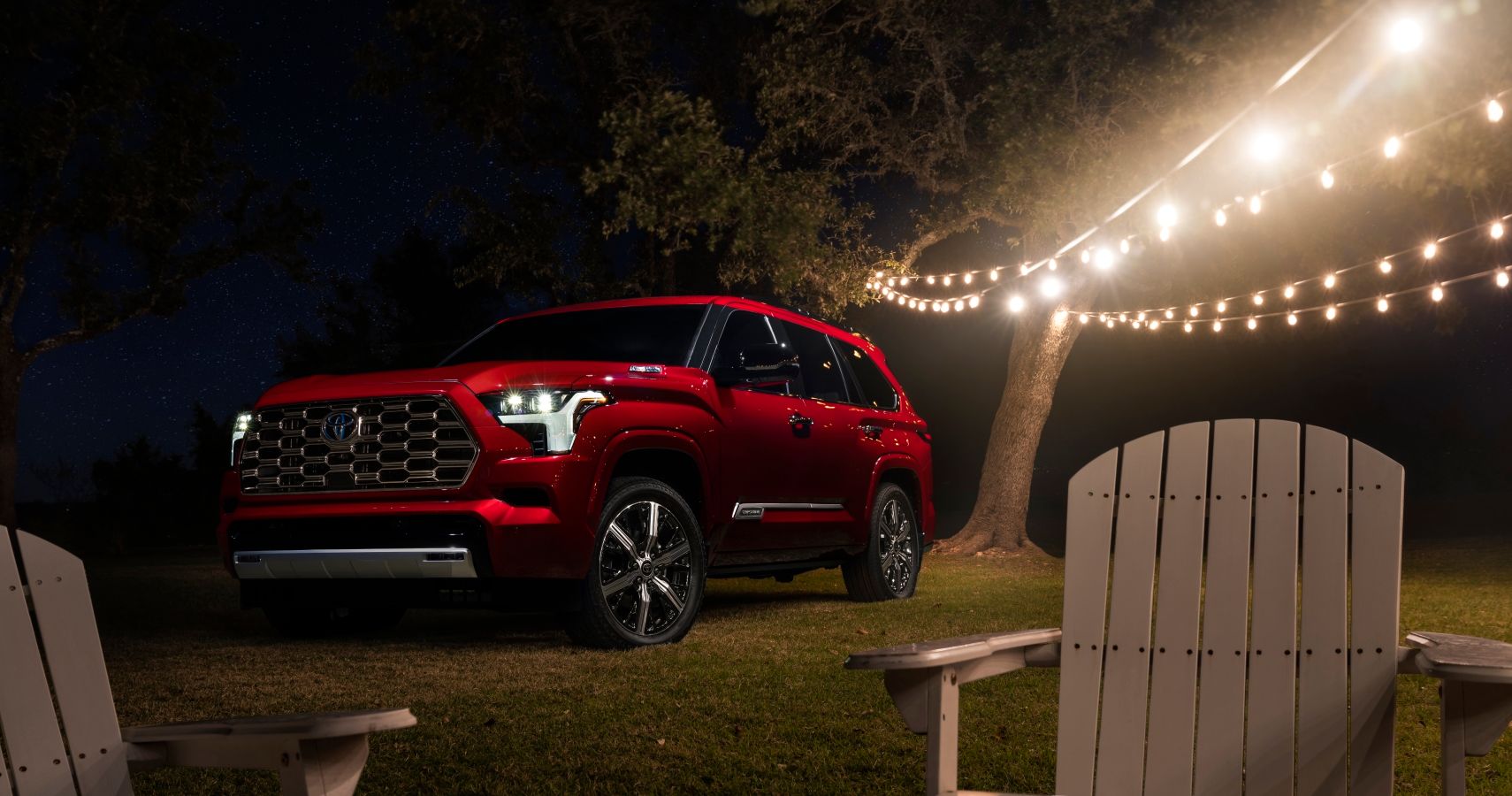 SUVs are the new industry leaders, topping the charts and having a large fan base. Different sizes, outstanding performance, comfort and functionality make it an excellent choice for anyone looking for a new family or business vehicle.

Toyota, the Japanese tycoon, is one of the world’s leading SUV manufacturers, and its vehicles seem to be hitting all the right places. The Land Cruiser, one of its elders, still rules the market and is a household name for large SUVs, but the new model has been discontinued in the US market, making way for the Lexus LX to grow instead. On the other hand, the Sequoia has had a facelift and is now a beast with better looks and great performance, and it is perhaps the best gift for American car enthusiasts who miss the Land Cruiser. So let’s see how these two gigantic Japanese-made vehicles compare.

RELATED: Everything You Need to Know About the 2023 Toyota Sequoia

The Toyota Land Cruiser uses a twin-turbocharged 3.5-liter V6 engine producing 409 hp and 479 lb-ft of torque, an increase of 28 hp and 78 lb-ft. A 3.3-liter twin-turbo diesel V6 is available, developing 304 horsepower and 516 lb-ft of torque. Both options are integrated with a 10-speed automatic transmission. The Land Cruiser also has a four-wheel-drive system with a two-speed transfer case. Additionally, there will be a naturally aspirated gasoline V6 mated to a six-speed automatic available in select markets.

The Sequoia has standard rear-wheel drive, and all-wheel drive is mostly optional on the range. The Sequoia is available in five versions; SR5, Limited, Platinum, Capstone and the higher end and more capable TRD Pro. The first two can be fitted with the TRD Off-Road kit, consisting of the locking rear differential, Downhill Assist Control, Multi-Terrain Select, Crawl Control, 18-inch wheels and TRD Bilstein monotube shock absorbers. The TRD Pro model also offers these options along with an upgraded FOX internal bypass skid plate and shocks.

With the help of the iForce MAX hybrid, the Sequoia has a towing capacity of up to 9,000 pounds, making it one of the best towing SUVs with the Ford Expedition and in a better class than the likes. of the Dodge Durango.

Japanese excellence is felt in both interiors

At the front of the Land Cruiser, there’s a contemporary horizontal dashboard supported by a large, solid center console with an infotainment screen above. All knobs and buttons are old-school and analog, serving the vehicle’s off-road purposes. Toyota’s goal is to keep everything simple for this off-roader.

The Land Cruiser has three rows of seats, and the third can be folded into the floor, unlike previous generations in which the seats had to be folded against the windows.

The other three-row Japanese vehicle has a vast interior. The Sequoia features a standard second-row seat configuration that seats eight passengers, and the second-row captain’s seat is optional on the car.

Different interior trim levels with different price ranges are available in the lineup. Upholstery options vary from fabric to leather, and wood and chrome accents are also available.

If you opt for the higher-end models, there will be temperature-adjustable second-row seats, a panoramic sunroof and an impressive stereo audio setup.

RELATED: 9 Facts Most People Forgot About The Toyota Land Cruiser

Both the Toyota Sequoia and the Land Cruiser are very reliable vehicles. The Sequoia uses forward collision warning and automated emergency braking. Some other safety features available on the Sequoia are lane departure warning, lane keeping assist and also adaptive cruise control.

The Land Cruiser has updated its safety technology with the Toyota Safety Sense system. This system is able to identify vehicles crossing at intersections and can intervene with lane keeping assistance when the driver is forced to have a spontaneous reaction, avoiding a possible accident. The technology will also assist the driver by automatically braking during parking maneuvers to reduce the risk of collision with other vehicles or pedestrians.

Both vehicles offer great value and have a lot to offer. They are both roomy giant SUVs with plenty of interior features, but it looks like the Toyota Sequoia is an even better car than the Land Cruiser in the performance category, making it the perfect replacement for the legendary SUV.

The new Japanese giant goes to war against the king of large SUVs, and it’s a showdown.

Seyyed is a literature student, fitness guru, writer, and gearhead. He is a fanatic about a healthy lifestyle, music and everything related to the car. He is a big fan of vintage muscle cars. His favorite pastime is making noise and punching in the gym.