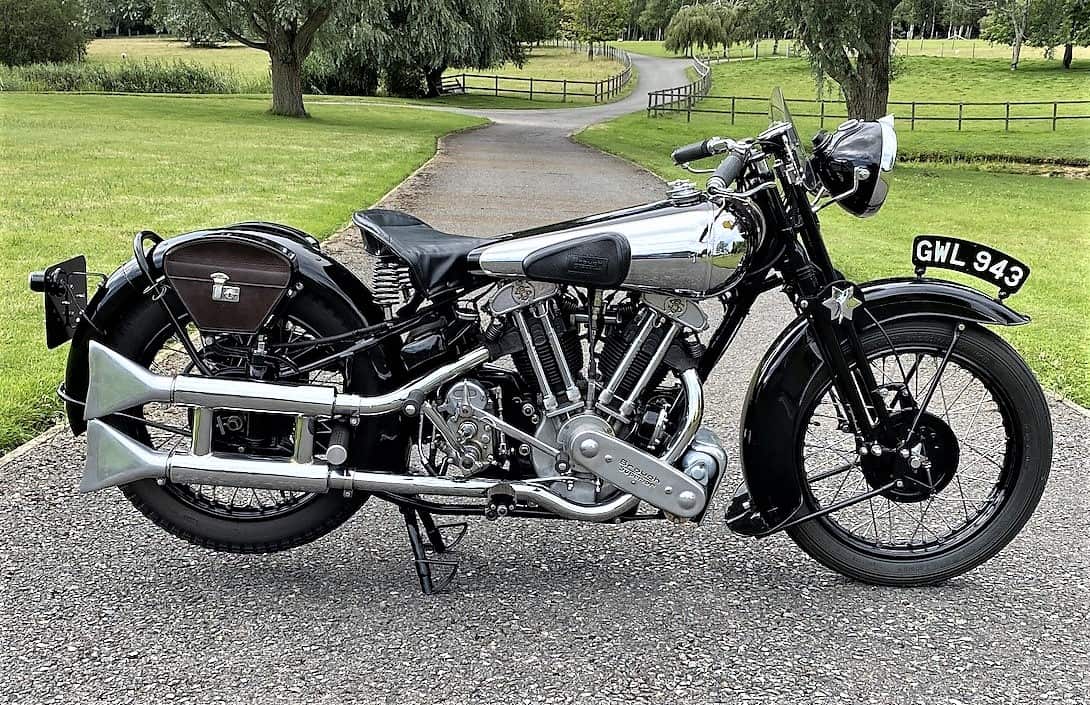 Two of the biggest names in British vintage motorcycle riding led the auction at the H&H Classics auction at the National Motorcycle Museum in Solihull, England on October 27, with a 1938 Brough Superior SS100 leading the auction, followed by of a Vincent Black Shadow from 1953.

The Motorcycle Museum sale was “a resounding success”, according to the auction house, reaching a new business record of around £ 2million ($ 2.73million) with 92% of bids sold . More than 1,000 bidders participated, the company added.

“The strength of the vintage motorcycle market is growing year by year and does not appear to have been hampered by the current economic downturn; this latest sale certainly highlights it, ”said Mike Davis of H&H Classics.

“The fact that we had this wonderful Brough Superior SS100 and the Vincent Black Shadow generated a lot of interest that day and it certainly created excitement,” Davis added. “And with 200 bikes to choose from, there was something for everyone.”

Other highlights of the auction include:

H&H Classics will be holding their next classic car auction on November 17th at the Imperial War Museum in Duxford, Cambridgeshire, UK. For more information, visit the H&H website.

How To Buy A Home With Bad Credit: 5 Steps To Take