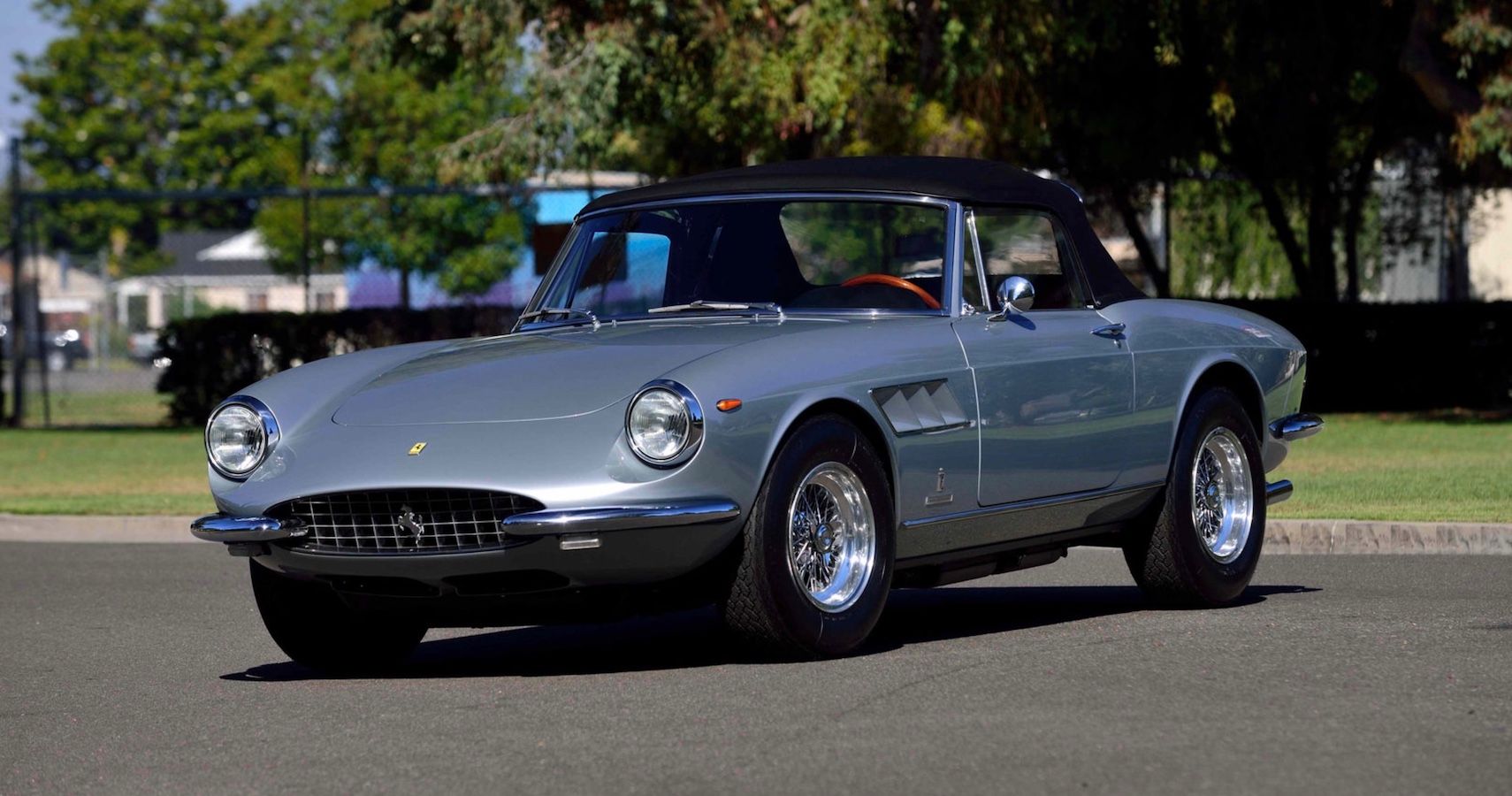 Here’s what we love about the Ferrari 330 GTS Targa

The Ferrari 330 series, built between 1963 and 1968, consists of cars powered by V12 engines with a displacement of 330cc which influenced the names of the automobiles in the series. Ferrari then produced the 330 GTS vehicles from 1966 to 1968.

With only a hundred of these automobiles manufactured, the 330 GTS cars are two-seater Spiders designed by Pininfarina. This made these vintage cars extraordinarily exclusive and limited. Pininfarina assembled the cars at its factory in Turin, Italy, before sending them to Ferrari, who then installed their mechanical parts.

The 330 GTS is similar to the 330 GTC, being the sporty version of the latter, except for its folding roof. The 330 GTS eventually became the Ferrari 365 GTS series in 1968, with an engine upgrade and some cosmetic changes.

RELATED: 10 Celebrities Who Probably Can Never Buy A Ferrari Again

William Harrah, a renowned American car collector, customized the 1969 Ferrari 330 GTS Targa with serial number 10913. In addition to collecting cars, Harrah was also a businessman who built hotels and casinos. It later became Harrah’s Entertainment as we know it today.

Based in Reno, Nevada, the 330 GTS Targa features a Targa roof, unheard of in previous Ferrari car models. In addition to that, the model also featured a roll bar with a stainless steel cover with a removable roof panel covered in black vinyl. It also featured a long, sloped, tinted Perspex rear screen and a shorter than average trunk lid.

Despite this, William Harrah did not keep the 330 GTS Targa for long. Perhaps this was due to a short-lived marriage between him and country singer Bobbie Gentry, who would have liked to take a ride in his 330 GTS Targa.

The Targa Ferrari has a SOHC V12 engine

Single overhead camshaft (SOHC) per bank, two valves per cylinder The Colombo V12 engine with a wet sump lubrication system powers the 1969 Ferrari 330 GTS Targa. There is a longitudinal engine located at the front of the engine. vehicle and is identical to the previous Ferrari 275 GTS series. The engine had a displacement of 3967 cc and a bore and stroke of 77 x 71 mm.

With a five-speed transmission, the 330 GTS Targa was fitted with worm and roller steering with disc brakes. The front and rear suspensions are independent with unequal length wishbones and anti-roll bars. In addition to this, the suspensions also include coil springs placed above telescopic shock absorbers. The 330 GTS Targa is also fitted with Michelin XWX 205VR14 tires with a width / profile of 205/14. This is also similar to its predecessors, the 275 GTS series.

RELATED: What Makes the Daytona SP3 Ferrari the Most Aerodynamically Efficient Model Ever

How the two-seater spider fits into the Ferrari 330 series

With a custom Targa roof, the 330 GTS Targa comes with a removable roof section. It also came with a full width roll bar located just behind the seats.

For the other models of the Ferrari 330 series, there is also the Ferrari GT 2 + 2, with 1099 units produced. Likewise, Pininfarina designed the models and produced them in the mid-1960s. The GT 2 + 2 had an engine similar to that of the 330 GTS Targa.

However, it had a 4-speed transmission with overdrive and a slightly different rear suspension with a drive axle with double spoke arms. It’s also a bit longer, wider and taller than the 330 GTS Targa, making it heavier with a dry weight of 1380 kg.

8 wild differences between the Lamborghini and Ferrari rivalry

When it comes to hot wheels, there are two brands that come to mind: Lamborghini and Ferrari. But, when tested, which brand is better?

Marcus has always been interested in machines and the wisdom of the world. When he’s not writing a blog post, you can find him in a recording studio working on his music.

Timeless tables: for old and new Bangalore, Koshy’s is an emotion

‘Shocked at how often she appeared in film’: Somerset native’s…