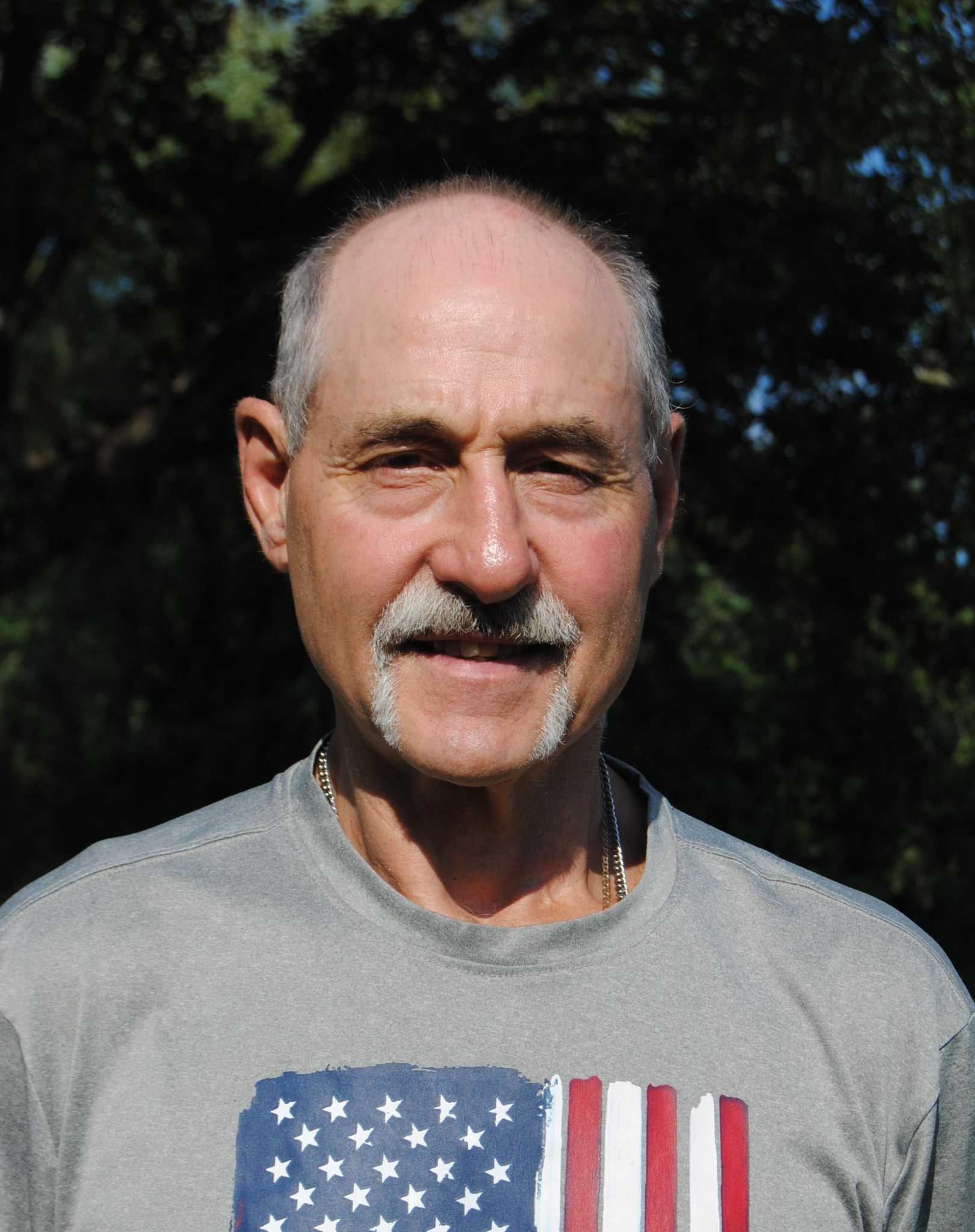 This year’s winners in the sports category are: Ned Belardinelli, Gary Cardillo, Robert Dickinson, Mike Fagan, Robert Gorman, Pete Laboy, Robert Murray, Frank Mastriani and Richard Zuvich. The civic award goes to Warren Levy. Ticket price is $50 and can be obtained from Frank Acri at [email protected] or by contacting Pembroke Pumping and Iovino Brothers, both in Danbury. No tickets will be sold at the door or held at the door.

Starting out in football and baseball at Danbury High School from 1971 to 1974, Belardinelli was a wide receiver and running back in football, earning all-region honors for two years. He was the captain of the baseball team, playing left field and also won honors from all regions. Belardielli won a full football scholarship to Milford Academy and UConn, playing four years at Milford and three years for UConn. After graduating, Belardielli played semi-pro football for the Eastern Connecticut Sea Raiders, then played 15 years of rugby for the Danbury Club, traveling throughout the Northeast playing against teams from other cities. Belardielli also coached Bethel High football for 15 years.

Began his sporting career in Little League, playing in the legendary Marcus Dairy Team from 1961 to 1963. During this time the team went undefeated. He also played in the 1963 Little League All-Star Game. At Danbury High, Cardillo played football halfback and linebacker for Gus Edwrads. Specializing in defense, the News-Times called Cardillo “Johnny on the spot” for his prowess recovering fumbles and intercepting passes. In DHS, he also wrestled in 1967–68, earning a state tournament nomination. Cardillo then played Industrial League softball from 1970 to 1999, earning berths to play in All-Star games multiple times. He also played Danbury touch football for Billings Electric, which won multiple championships with Cardillo winning MVP twice. He coached youth leagues at Danbury for a total of 24 years. In 1997, Cardillo was awarded a black belt in martial arts by none other than Tiger Schulmann himself.

Started playing sports in seventh grade and then played four years of baseball for Danbury High from 1963 to 1966. He then played 15 years of softball in the Danbury Industrial League, serving two years as league president . Dickinson was a great pitcher and had a tryout with the Boston Red Sox, but left to proudly serve his country in Vietnam. In the United States Army, Dickinson played baseball for four years, and in 1967-68 he played army baseball in Okinawa, Japan, where he was a top pitcher. He also competed in the Iron Man Championships, competing with others in the Marines, Navy, and Air Force. He finished third in this competition. Old Timers president Augie Deluca tells an interesting anecdote about Dickinson. In their graduation year in 1966, Dickson struck out 17 of the 21 batters he faced — and Deluca was his catcher for that game.

An outstanding multi-sport athlete at Immaculate High, Class of 1968, Fagan played football under Coach Joe Anzalone and Coach Paul McPadden, and also played baseball and ran track. He played men’s softball in Brookfield, Danbury and Brewster in the industrial leagues during the 70s, 80s and 90s. But he spent 40 years as a sports official, including both high school and league games. NCAA. At the high school level, he refereed football, softball, basketball and lacrosse. He has also refereed college lacrosse and football. Fagan served on the CT State Football Officials Council and as a commissioner of the Colonial Football Officials Association. Fagan received the 2003 Vin Reilly Award for Connecticut Football Officials and in 2012 he was inducted into the Connecticut State Football Officials Hall of Fame. Fagan was a member of Newtown Country Club as well as the Richter Park Men’s club and also played in the Danbury Industrial Golf League. He served in the Connecticut Army National Guard.

An outstanding basketball player from his youth beginning in 1954, Gorman was a starter on Bill Swanson’s 85-pound team that played during the NIT at Madison Square Garden. At Danbury High, he was chosen captain of the basketball team and was named to the Danbury News-Times All-Star Team. He transferred from Fairfield Prep to DHS in 1959. Although he was on the Danbury basketball team, he was forced to skip his sophomore year due to a transfer rule. Because he couldn’t play for DHS, Robert played on a CYO team that won the Bridgeport Regional Tournament and placed third at the New England Tournament in Providence, RI. U.S. Army, during which he played basketball for the U.S. Army Corps of Engineers, Gorman attended WCSU and received his bachelor’s degree in 1971.

A talented football player for Danbury High until graduation in 1974, Laboy served as running back. Laboy earned All-State honors in 1972, and in 1973 he was selected as the FCIAC running back selection. After high school, Laboy continued to play college football at Boston College as a wide receiver and punt returner, scoring three touchdowns against Army in 1977. Laboy was also invited to Yankees spring training camp in New York.

This year’s civic award recipient. During his many years of community service in the town of Danbury, Levy was a United States Navy veteran and served 22 years on the Common Council (four years as legislative leader and two years as president). He is a former director of the Police Athletic League, former chief and president of the King Street Volunteer Company, former president of the Danbury Volunteer Firefighters Council, member of the CT State Firemen’s Association, member of the Lions Club of Danbury. , and member of the American Legion. Levy was also chairman of the advisory board of the Salvation Army, of which he is still a member, and served for five years with the United Way. Levy is a past recipient of the Lions Club Melvin Jones Humanitarian Award.

Caddy for many years and excelled in the sports of basketball (point guard), golf, softball (pitcher and first baseman), baseball (third baseman and left fielder) and bowling. In the basketball league, Mastriani played for teams such as Barden’s and Davis and Geck in the Industrial League. He now plays golf in the Richter Senior League. As a golfer he played for Barden’s and Davis and Geck in the Danbury Industrial League. He also played on the DHS golf team. Mastriani played baseball and softball for many years on various Danbury League teams. Mastriani served on the advisory board for young companies. He volunteered for Red Cross disaster relief as a driver. He also volunteered at the CT Welcome Center and served with the American Cancer Fund. Mastriani’s teams have won basketball and golf championships. His DHS golf team, on which he was an alternate, won the state championship in 1950. In 2015, Mastriani was inducted into the Danbury High School Hall of Fame.

Made Danbury High proud of his acumen of the indoor and outdoor track, where he competed until 1988, then became the team’s head coach from 2000, until today. Murray was an All-Stater in the steeplechase, running during his college years for Southern Connecticut State University, during which time he was team captain. As a coach, he started as assistant for track and field at DHS from 1995 to 1999.

Zuvich was also a multi-sport star, playing basketball (so far), softball, cross country and track and field. On the Bethel High School basketball team, Zuvich led the team to 17-3 records for four consecutive years. In track, he once held a state pole vault record for Class S, a record he held for 20 years. Zuvich holds a bachelor’s degree in special education and physical education and has coached many area schools, including St. Mary’s in Bethel, Bethel High, Joel Barlow and Ridgefield Academy. He was also a referee and umpire in the Danbury and Bethel leagues for 40 years. In addition to his athletic accomplishments, Zuvich was the Bethel Jaycee Member of the Year (1997) and led the Bethel Businessmen’s Basketball League as the Over 40 League Manager. He has also organized races such as the Wildcat 5K and the Apple Blossom 5K.

Now you can own this feature rich and fuel efficient bike at just Rs.9000, details here