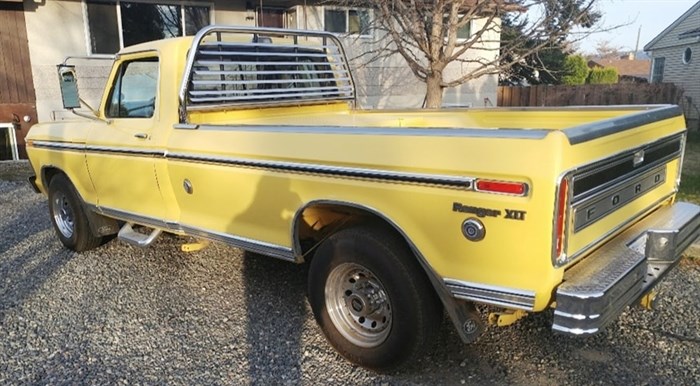 This Ford pickup truck was stolen in Kamloops on June 11 and found the same day in Cache Creek.

It was around 4:00 p.m. on June 10 when the owner finished a round of golf and noticed that the vehicle was not where he had parked it.

Jami-Lynn Delorme, the owner’s daughter-in-law, posted photos of the missing vehicle on Facebook, which were shared widely among local groups.

Thanks to attentive members of the public who had noticed the truck in the city, she was able to know where it was and when.

Eventually, a woman from Cache Creek, which is about 80 kilometers west of Kamloops on Highway 1, contacted Delorme to say the truck had been spotted on her property and its two occupants were attempting to steal oil. ‘essence.


READ MORE: Penticton woman fed up with crime recovers her mother’s bike from a thief

Delorme said police responded and were able to recover the truck near the historic Hat Creek Ranch.

Her stepfather was asked if he wanted to press charges, so she assumes that arrests have been made.

The truck appears to still be in good condition, aside from minor damage to the gas cap, she said, but it has not been returned for a full inspection.

“I’m really, really grateful,” she said. “I’m grateful to everyone who opened their eyes, grateful that my stepfather got it back.”

Seeing so many strangers come together online to help Delorme find the truck gave him a strong sense of community. She assumes that the police would have eventually recovered the truck on their own, but believes it happened much faster thanks to the efforts of concerned citizens.

“We don’t even live in town, but everyone came together for us.”

An email to the Kamloops RCMP was not answered before publication.


To contact a reporter for this story, email Dan Walton or call 250-488-3065 or email the editor. You can also submit photos, videos or news tips to the newsroom and be entered to win a monthly prize draw.


We appreciate your comments and opinions on our stories, but play well. We will not censor or delete comments unless they contain off-topic statements or links, unnecessary vulgarity, false facts, spam or obviously fake profiles. If you have any concerns about what you see in the comments, email the editor in the link above.