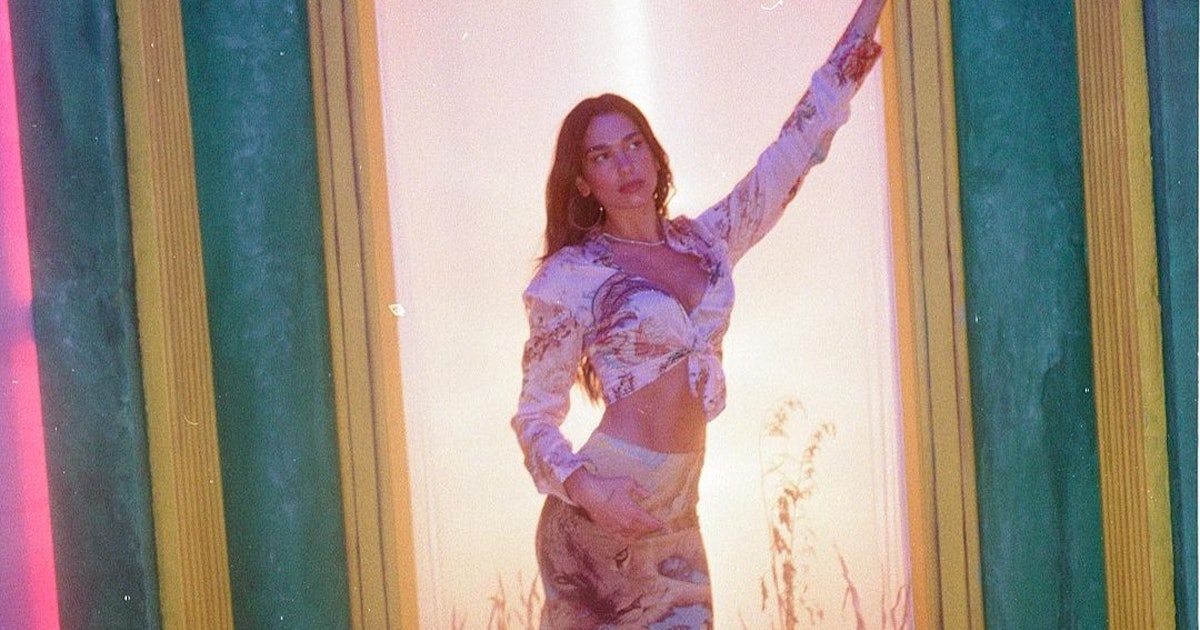 For months, it girls of all shapes and sizes have been proving that archival and vintage looks are the way of the future. Bella Hadid just attended the Cannes Film Festival in a bunch of dresses that were all at least 20 years old while Maisie Williams just pulled out of Junya Watanabe’s archives for the perfect dress for her recent Gun first. Vintage pieces can say a lot about the wearer, it proves they have access to those designers’ archives, or know someone who has them, but it also shows an appreciation for fashion history and a recognition of the circular nature of trends. Pop It girl Dua Lipa has made it clear over the past few months that she’s up for a vintage look once in a while (although she also likes to shop on current shows). So it was no surprise when the singer appeared in her latest video in four vintage looks, creating with her stylist Lorenzo Posocco the ultimate showcase of what archival fashion has to offer.

Lipa is first seen in the “Potion” video, trapped in an upside-down car on a sand dune. The pop star sings from inside the vehicle, showing off the first look in the three-and-a-half-minute video, a Christian Dior mini dress by John Galliano, courtesy of Tab Vintage. The floral pattern and uneven hemline of the dress fit well into the castaway nature of the scene as Lipa rolls around in the sand on the neon-hued island.

There’s only a moment to admire the Dior before moving on to the next look, which Lipa shows off as she struts down a long hallway. This ensemble was obtained thanks to Christelle McCracken of My Runway Archive, and it consists of a Roberto Cavalli Spring/Summer 2003 pheasant print shirt tied to show the singer’s abs, a Cavalli Spring/Summer 2002 asymmetrical skirt with a lion printed on the front, and a pair of tall Dior Fall/Winter 2000 boots.

The archive looks continued during the video’s dance sequence, which found Lipa in another My Runway Archive look. Continuing the early 2000s theme, the singer wore a silver slip dress with an asymmetrical hem and a crystal-embellished pattern on the front from Cavalli Spring/Summer 2000. She paired the dress with other Dior boots, a monogrammed calf-high pair worn by Beyoncé in the “Jumpin’ Jumpin'” music video. McCracken also provided vintage Cavalli and Valentino dresses for Lipa’s background dancers to wear in the sequence to really complete the Y2K fantasy.

And that brings us to the final vintage look of the video, because you know they had to put Tom Ford’s Gucci on it. The song ends with a photo of Lipa leaning on her collaborator, Calvin Harris, wearing a Spring/Summer 2000 dress in blue snakeskin, with a keyhole detail on the front, also obtained via Tab Vintage. This piece also has a bit of celebrity history behind it, as Gwyneth Paltrow wore a longer version at the Met Gala in 1999.

While many pop stars would normally order four new looks for a video like this, Lipa’s decision to go vintage is notable from an environmental standpoint as well. Sure, Lipa commissions looks for other projects, like her tour, but for a star like her, who wears a new outfit every day, it’s nice to think she recognizes the impact and takes advantage of it. opportunities to avoid adding to the already very wasteful fashion industry, while providing a fun trip down memory lane in fashion.

Cars and two-wheelers are expected to become more expensive from June as insurance prices rise; Know the details