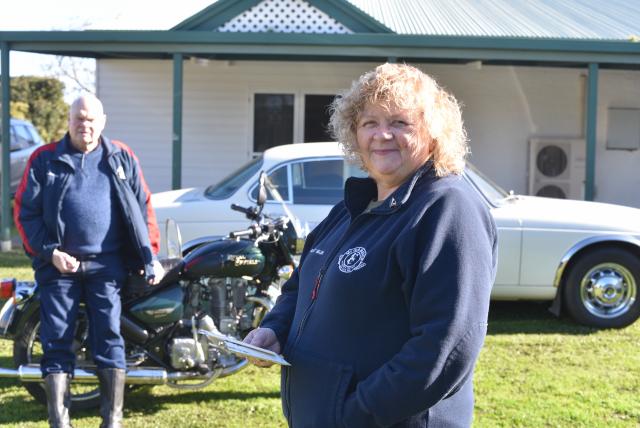 A CHANGE in historic car registrations made by the state government may increase membership for area clubs.

Since last week, owners of historic or left-hand drive vehicles aged 25 or over have been able to benefit from reduced registration fees under the conditional registration scheme.

Previously, vehicles had to be 30 years old or older.

The expansion of the conditional registration system also allows for cheaper registration fees over 12 months, costing $85 in total and allowing owners to drive the cars on the road 90 days a year.

Margrett English, Mount Gambier veteran and president of the Vintage Car Club, said the change would have positive consequences for those who own vintage cars, saying it could allow more people to get their cars out.

The club – which has been in operation since 1965 – consists of more than 200 financial members, with Ms English saying the incentive could entice more young members to join.

“It’s a great idea from the state government as it will allow people to get their own vehicles out instead of sitting in the shed as they usually can’t afford to use them due to the cost of l registration,” Ms. English said.

“If someone has the classic registration, they can afford to go for a ride, get their vehicle out and use it, especially if they have more than one.”

She previously said it was difficult for those who owned more than one classic car due to the cost of registration.

“We find that when we’re driving the cars, people always stop us and tell us stories, whether it’s about their own cars or whether their parents had a similar car,” Ms English said.

“We always get stopped a lot and so if there’s a cheaper sign-up and the expansion, that can also tempt those people to get their cars out and join our club as well if they want to.”

According to the president, young historic vehicle enthusiasts were more interested in driving the cars their parents had when they were younger than the typical vintage cars.

“This incentive also brings another generation into the motoring club which is fantastic because we have to try to find more ways to attract people to the club and I think it will be a great way to do that,” said Ms English.

“We don’t judge the age of cars and we believe that if a car is special to someone, whether it’s restored or not, that’s important and people should take them out and enjoy them.”

She said one thing members need to stay aware of is the requirements surrounding the program, including completing logbooks every time the vehicle is driven.

“This logbook is very simple but it has to be done because there are consequences if you don’t,” Ms English said.

“There are other aspects such as the registered owner has to be financially part of a classic car club, he cannot use the car for commercial purposes nor can he rent the vehicle.”

Despite the slight restrictions, she said many members remained positive about the changes and hoped it would encourage other owners to get their vehicles out of the shed.

“Those who want to show off their classic cars, bikes or trucks really should because it’s great to be part of a club with like-minded people,” Ms English said.

Why music has lost its charms