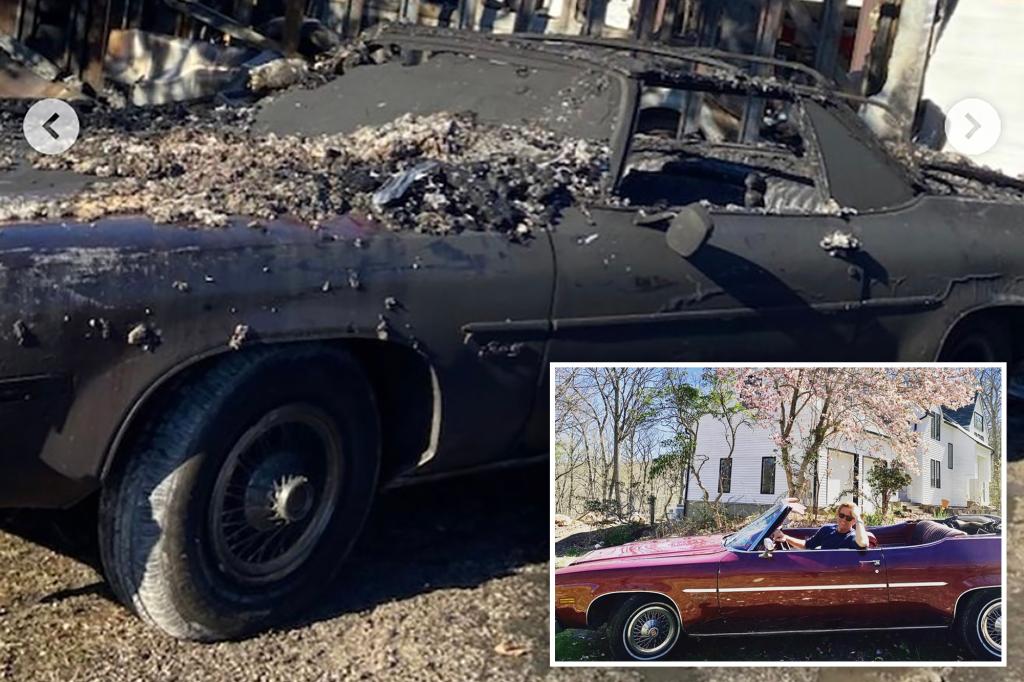 Not only did the powerful New York Democrat suffer an Election Day loss to GOP challenger Mike Lawler, but he also lost two “freshly restored vintage cars” in a massive fire.

“Here I thought waking up yesterday to the sad news that two of my freshly restored vintage cars had burned down in a warehouse fire in Ohio was the worst news of the day!” Maloney’s husband, Randy Florke, posted on Instagram on Wednesday – hours after the congressman conceded.

The post included a chilling photo of the raging fire, as well as a pair of snaps showing the charred remains of two vehicles – both burned almost beyond recognition, windshields shattered and hoods covered in ashes.

The crumbling rides closely resembled a flashy brown Oldsmobile 88 convertible he showed off in May 2020 and a 1970s Olds Custom Cruiser station wagon he drove while “socially distancing” in April 2020.

Maloney’s campaign was sunk when he advised struggling New Yorkers to start “eating Chef Boyardee” in the face of spiraling inflation.