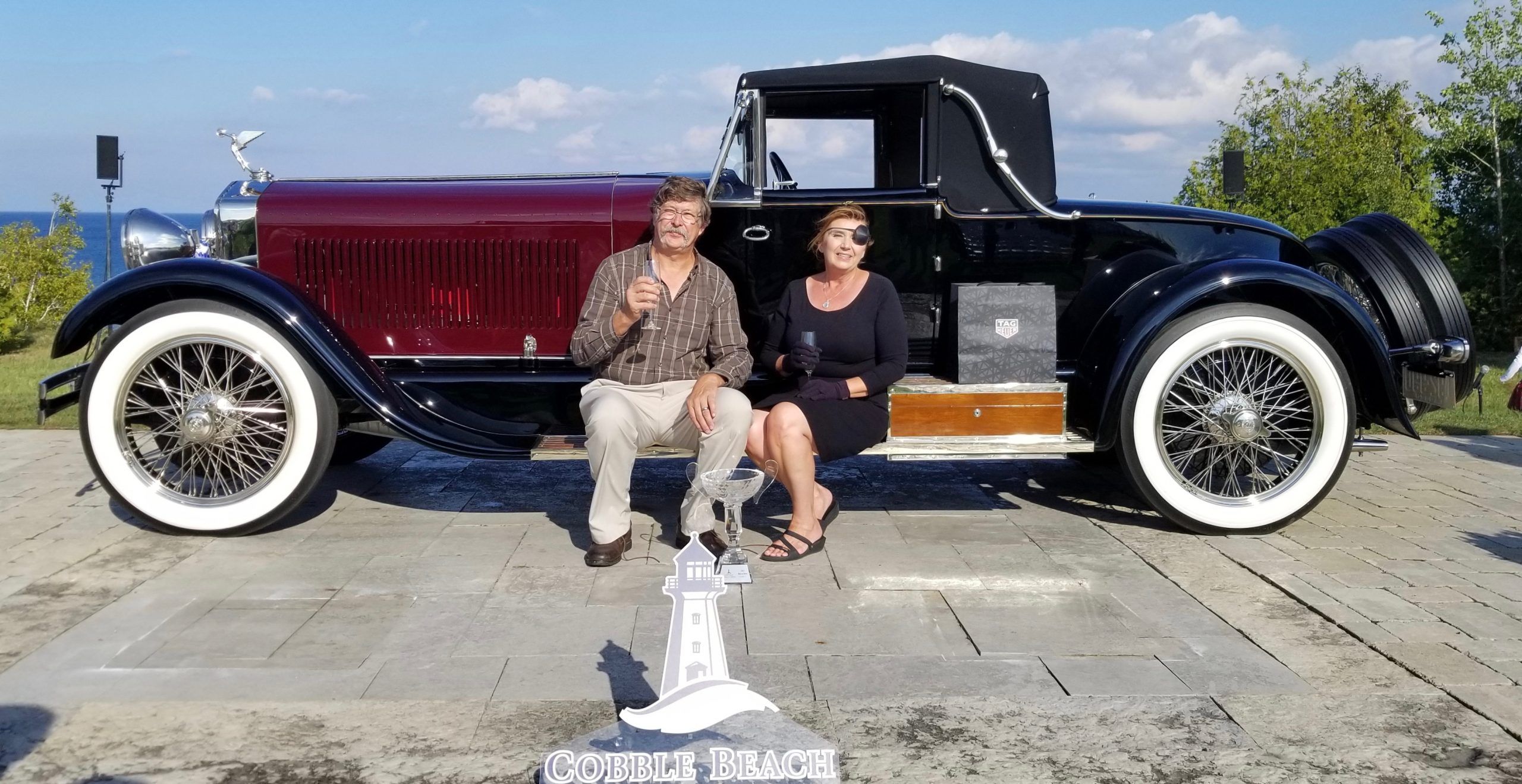 There were 118 of the world’s rarest and most coveted cars on display at the Cobble Beach Concours d’Elegance on Sunday and only one could win Best in Show.

Nineteen judges voted and chose a 1928 Isotta Fraschini A SS – a two-time Cobble winner, having won top honors at the inaugural Cobble Show in 2013.

The car has an Italian chassis, while the rest of the convertible coupe was made in New York by LeBaron Coach Builders. It is one of only two similar products ever produced.

The car was presented at the New York Auto Show in 1928. It was bought by American businessman Harry Palmerston Williams, who manufactured racing airplanes. His wife Marguerite Clark, was a silent film actress whom Walt Disney referenced when creating the first Snow White cartoons.

The original purchase price for the black and burgundy beauty was $20,000, which is $350,000 today. Peter Boyle, of Oil Springs, Penn., bought the car from a collector in 2005 and had it fully restored.

It has a 9.2-litre straight-eight and weighs 3.5 tonnes in its Super Sprinto version.

“This is a very rare body, impeccably restored. It’s got the boattail configuration out back, with lots of absolutely stunning components,” said Chief Judge John Carlson, a friend of Boyle.

“If you look from the windshield forward, I mean it’s a mile long. The thing is as majestic as it gets.

He was transported to Cobble from Ohio by Dave and Charlotte Delcamp, who sipped champagne while seated on the step of the car on the podium on a hot, sunny afternoon.

“Overall presence and elegance is the epitome of pre-depression America,” Charlotte Delcamp said. “I mean it’s opulence to the nth degree.”

The most notable post-war car went to a 1957 Cadillac Eldorado Brougham, owned by Vernon Smith of Swift Current, Newfoundland. It has two four-barrel carburetors, a stainless steel roof, memory seats, air suspension, and was the first Cadillac to have dual headlights. It was one of only 400 made and at $13,000 new it cost more than a Rolls Royce.

The cars came from all over North America, all exposed along the 18th fairway of the Cobble Beach Golf Course overlooking Georgian Bay, just north of Owen Sound. Contest organizers describe it as the most prestigious automotive event in Canada.

There were 19 entry categories spanning eras and automobile types, such as pre-1916 Horseless Carriage, awards for American and European classics, from 1915 to 1948, and up through pre-1974 American muscle cars , Supercars from 1990 to present, vintage pickup trucks, Italian Motorcycles from before 1990 and more.

Many are the rare vehicles, perfect examples of their brands, among which the public could stroll on Sunday afternoon. People could book a ride in a Porsche and see mid-engined concept cars that pointed the way to today’s mid-engined Chevrolet Corvette.

Sunday was the third and final day of the eighth annual event just north of Owen Sound.

On Saturday, there was a display of classic cars and planes at Wiarton-Keppel International Airport, where people strolled among dozens of cars parked on the grass.

On Saturday in Owen Sound, there were seminars at the Roxy and a celebration of the automotive world’s underappreciated underachievers at the ironic Concours d’Lemons along West 1st Avenue near Queen’s Park.
On Friday there was a tour of the contestants, a 90 kilometer tour of Grey-Bruce, followed by a cocktail party for the Contest judges and Cobble Beach members.

The Cobble Concours event has raised over $600,000 for the Owen Sound Regional Hospital Foundation and the Sunnybrook Foundation, where the money will support the construction of the Garry Hurvitz Brain Science Center, where work aims to revolutionize treatments for dementia, stroke, and mood and anxiety disorders. will be done.