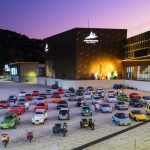 Lawmaker José Pereira Coutinho criticized the government for delays in establishing the so-called “telecommunications convergence license”, which will allow competitors to enter the market which has been monopolized by the local telecommunications company, CTM .

The legislator accuses the government of blocking the inevitable process of establishing the convergence license that would allow other players to join the market and use public goods. The delay benefits CTM by preserving a communications monopoly that has lasted for decades.

Coutinho is demanding answers from the government on the reason for the constant delays in the implementation of the convergence license, which would become the basis for the establishment of the future 5G network.

In a separate inquiry delivered to the Legislature on Monday, the same lawmaker called on the government to put in place a special regime to manage old and historic motor vehicles. Coutinho argues that vehicles of ancient and historical value in Macau are a potential advantage in the economic diversification of the city. He calls for a special regime for the registration and issuance of license plates, as well as regular inspections of vehicles to fill the current “legal vacuum”.

Under the proposed regime, the legislator also calls on the government to establish exemptions for the payment of road tax and other benefits for all vehicles over 20 years old that do not travel more than 500 kilometers per year.

Pereira Coutinho noted the historical value as well as the attractiveness to tourists that these vehicles have through their appearance in exhibitions, parades and events.

In Macau, there are several groups interested in vintage vehicles, of which the Macau Vintage Vehicle Culture Association (MVV) is one of the most active, participating and organizing several events each year.

In an interview with The Times, MVV chairman Eddie Lam said the association had [at the time] over 100 members aged 20 to 70.

According to Lam, there are over 300 vehicles of historical interest in Macau, some of which are rare or unique in Asia or even the world.