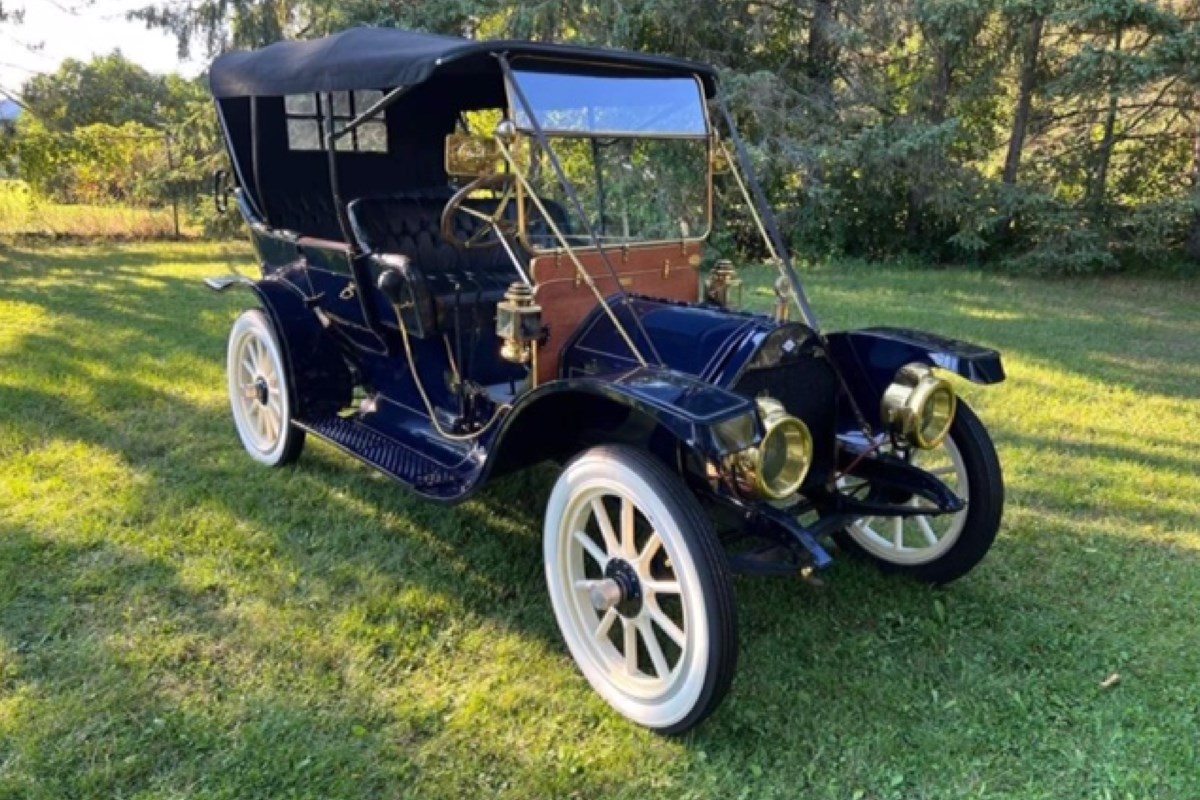 An important piece of Orillia’s history may soon find its way into the impressive collection of the Simcoe County Museum.

This week, at a full meeting of Simcoe County Council, regional politicians gave the go-ahead to spend $45,000 to buy a rare 1911 Tudhope-Everitt car made in Orillia. The decision is subject to ratification at the next meeting of the county council.

According to a report prepared by Kelley Swift Jones, the museum’s curator, only four known Tudhope-Everitts still exist: two models from 1911 and two from 1912.

A 1911 model is in the collection of the Burnaby Village Museum in British Columbia; the second is the one the county museum hopes to add to its collection.

Allan Greenwood, the county’s director of public affairs, agreed, saying the vintage vehicle “fits perfectly” into the museum’s collection and its long-range plan.

“The museum has a number of transport pieces that will fit very well… This vehicle will also fit perfectly,” he told county councilors.

This story was explained in the report which noted that James Brockett (JB) Tudhope was born in Oro Township in 1858.

In the 1880s he began working in his father’s horse-drawn carriage business in Orillia. In 1902, the Tudhope Carriage Co. Ltd. spanned three city blocks in the downtown area.

The Tudhope Anderson Company Ltd. (TACO) was established in 1906 and produced wagons and farm equipment.

In September 1908, JB Tudhope extended the transportation business to automobiles. The first model in 1909 was based on a collaboration with the Indiana-based WH McIntyre company. Sometimes referred to as a “horseless carriage”, the design was thought to be simple and practical.

Around 500 of these vehicles were produced before a fire destroyed the factory in 1909.

The Tudhope-Everitt model was introduced in 1910 and used a 30 horsepower four-cylinder engine. Unlike most other Canadian automakers, the cars were built almost entirely at the Tudhope plant.

Unfortunately, the report explains, due to larger corporate mergers and stiff competition, the business faltered in 1913 and was taken over, with the new owners forming the Fisher Motor Co. The business sold cars made in Orillia as Fisher.

“The rarity of this automobile adds value to the museum’s collection and further supports the interpretive themes of innovation and transportation.”

Greenwood said an appraisal was done of the vehicle and noted that the $45,000 price also included transporting the car to the museum from its current home in Smiths Falls.